Do you think Obama would visit Angkringan while he's in town? Grab some gudeg, maybe?

You might know angkringan, or maybe you’re a regular customer of one. In addition to its bargain price, the typical Javanese food stalls also offer favorite Javanese modest delicacies that keep you coming back for more. Be it rice and sambal, intestine satay, tempe bacem, fried chicken, quail egg satay, mendoan — it seems like we’ll never get enough of it.

While the dishes are good, the atmosphere and feeling of eating in angkringan are different to in regular restaurants. You won’t obtain the same ones while eating in cafes or plush restaurants.

But do you know that angkringan also have its own history? The word angkringan itself was derived from a Javanese word 'angkring', which means “to sit back”. So it figures why in every angkringan we often see tikar (woven mats) for customers to sit and enjoy their foods. 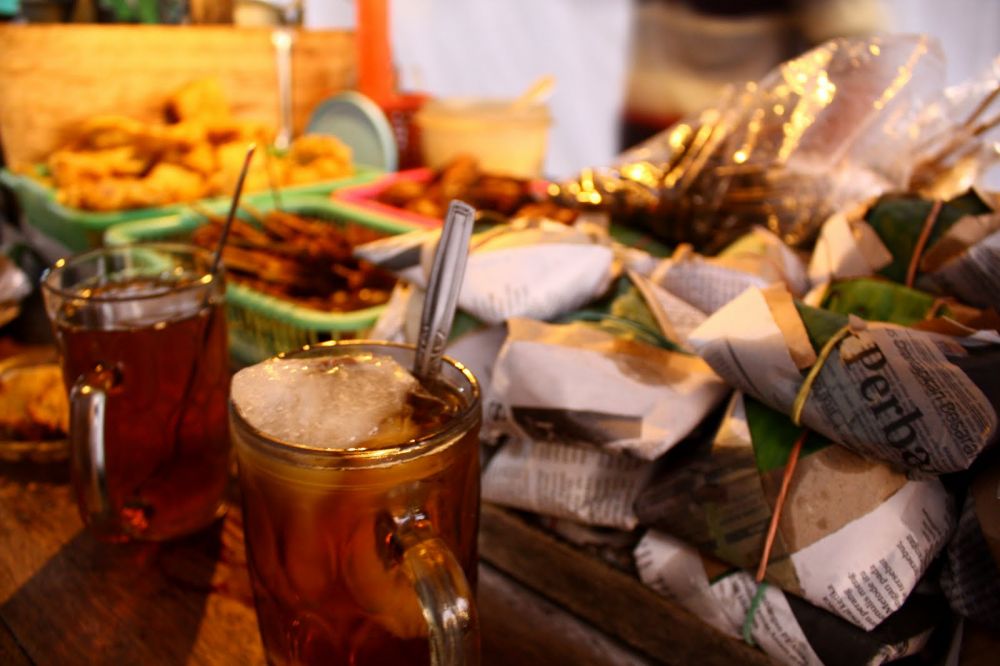 Wrapped nasi kucing and side dishes (Photo via TokoMesin)

Angkringan represents Yogyakarta in a term of street food because the region is where the humble food peddling cart was born. In the 1950s, there was an old man, everyone knows him as Mbah Pairo. He came from Cawas, Klaten, Central Java, to Jogja due to the economic crash.

Mbah Pairo initially peddled homemade dishes on the north side of Tugu Station, in one corner. He used to scream “Hiiiikk ... iyeeek” while trying to attract people to his stall, and thus the name Ting Ting Hik (read: he'k). The name then gave birth to the term Hik—which then defined as a short form of hidangan istimewa kampung or "kampong’s special dishes". Angkringan is more popular as Hik in Solo.

Formerly, angkringan was just a spot where blue collars, bus drivers, delman coachmen and pedicab drivers chill and eat. But now, everyone —students, white collars, celebrities, and officials— is flocking around it without hesitation to enjoy the “commoner’s dishes”. It has become a place with a warm atmosphere and a good old day's simplicity not only can be found in Jogja but also in other cities, including Jakarta. 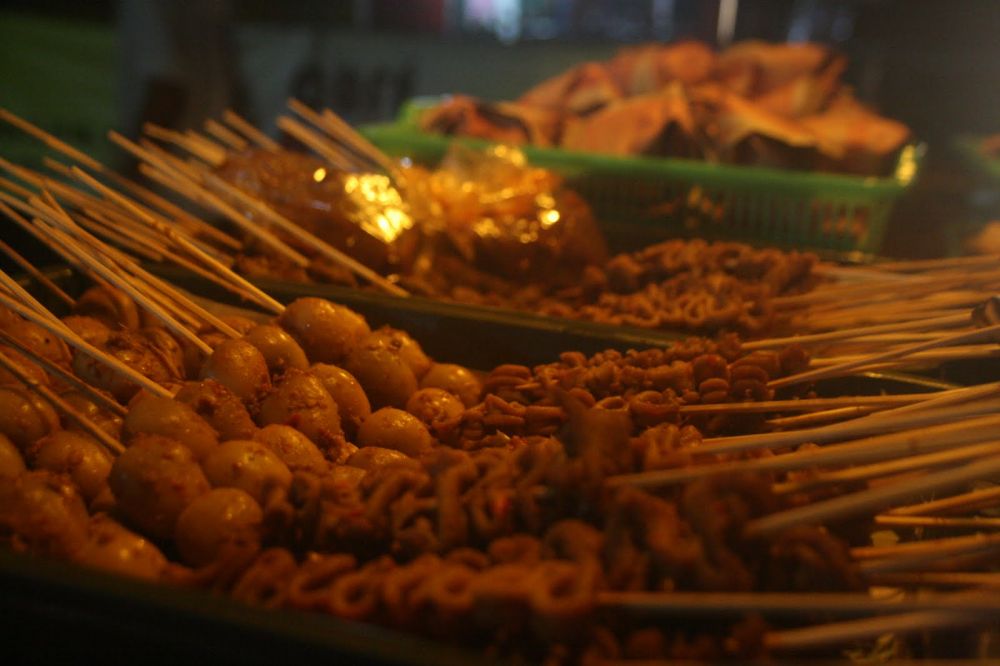 Angkringan food trays are usually covered with plastic to protect them from dirt, and they’re available from early evening until early morning. The menu is still around nasi kucing (a wrapped, very small portion of steamed rice; you’ll need at least to have two portions), intestine satay, fried chicken, quail egg satay, sambal and crackers. Drinks (they call it wedang) are simple: tea, orange juice, coffee, hot ginger drink or milk. Prices are very affordable, especially for students' pocket. No wonder if angkringan is popular among them.

Every single food in angkringan is cooked. You could either pick some of them and eat immediately, or have the food grilled. After all, the dishes will taste better after being grilled. According to regular customers of angkringan, some dishes that are better when grilled are tempe mendoan, tempe bacem, tahu susur, fried chicken head and jadah (sticky rice). Another angkringan’s signature is a cerek (water kettle) with unsweetened brewed tea.

One special thing about angkringan is that this place is a spot for a good discussion for the visitors. People are free to talk about everything here. There are no rules; everyday stories, complaints, good news, funny and dumb stories, curses, you name it. You don’t have to sit with certain behavior or to use etiquette. Just feel free to eat with one of your legs lifted, or stretched, it’s up to you. 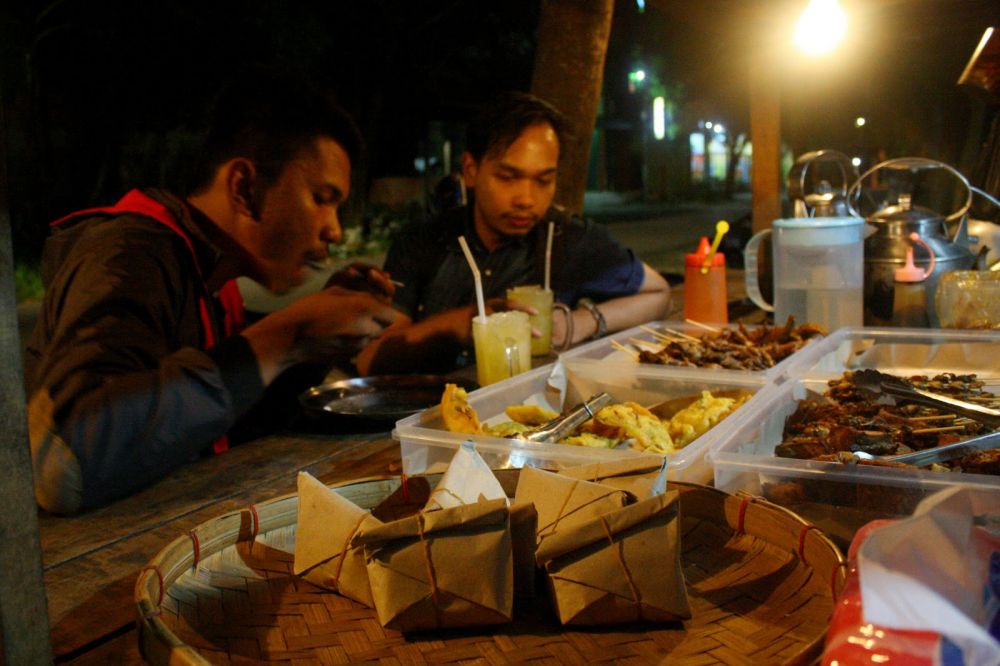 Even though there’s no formality in angkringan, fellow visitors should respect each other. This is like an unwritten rule in angkringan. All visitors need to maintain the culture of angkringan, namely tepo sliro (tolerance), willingness to share and bisong rumongso (being polite to others). Just don’t bother other people sitting close to you.

Hospitality is what makes angkringan survive and more accepted in the communit, proven by the emergence of various "modern angkringan" in big cities. But hopefully, traditional angkringan will survive to be enjoyed by the next generations.

Up Next: 3 Healthy Formulas For A Healthy Holiday Season