Do you think the President would ever use a regular Gmail account and choose 'jokowiriana' as his address?

People are claiming to receive letters from President Joko Widodo asking for support and loyalty in preparation of the upcoming 2019 general elections. 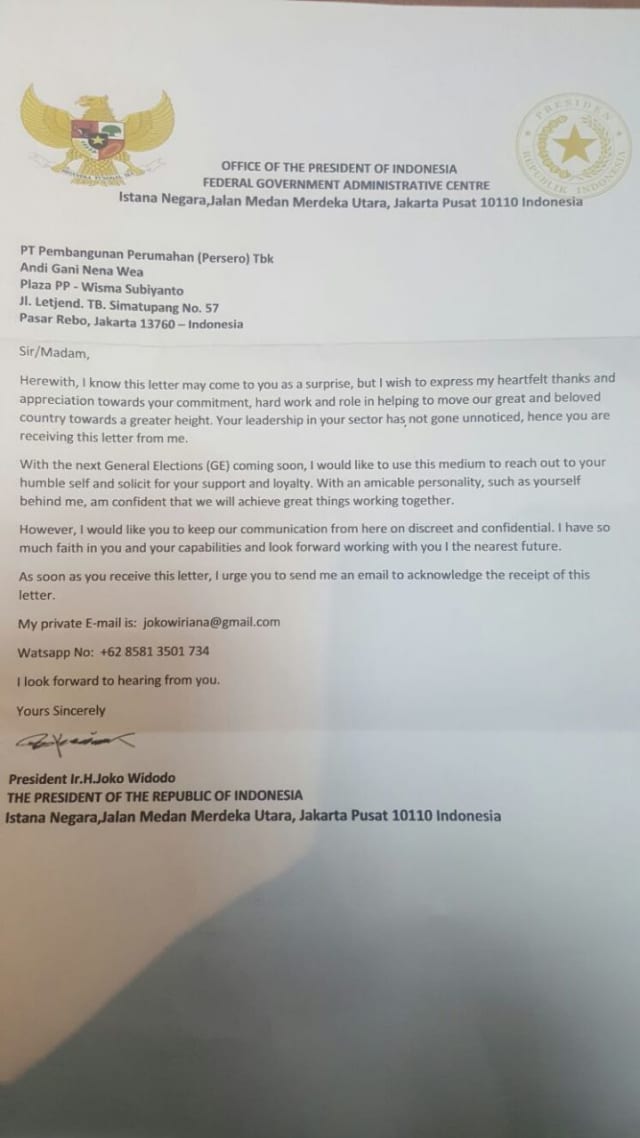 Presidential spokesperson Johan Budi denied the letters' authenticity as well as the email stated on the letter.

The letter said that the President's working email is jokowiriana@gmail.com.

“President or the Palace never issued that letter or anything like that. I confirm the letter is fake,” Johan said yesterday.

Johan said Jokowi does not have any e-mail account with the address jokowiriana@gmail.com either privately and professionally.

“President appeals to all people to not easily believe letters sent under the President or State Palace’s name,” Johan continued.

Johan added the Palace will work with police to find the fake e-mails sender.

“The Palace will take legal steps required towards the e-mail account owner or the creator of the letters,” he said.

Up Next: Does Working Night Shifts Lead To Infertility?