You guys better return the money before something even worse happens.

As the alleged fraud case by First Travel is being investigated, the official website of the travel agency is now under a hacker attack.

Seen on firsttravel.co.id, the web is no longer displaying information about the agency, but an entirely white background with only a photo of probably a potential pilgrim who demands his money back instead. 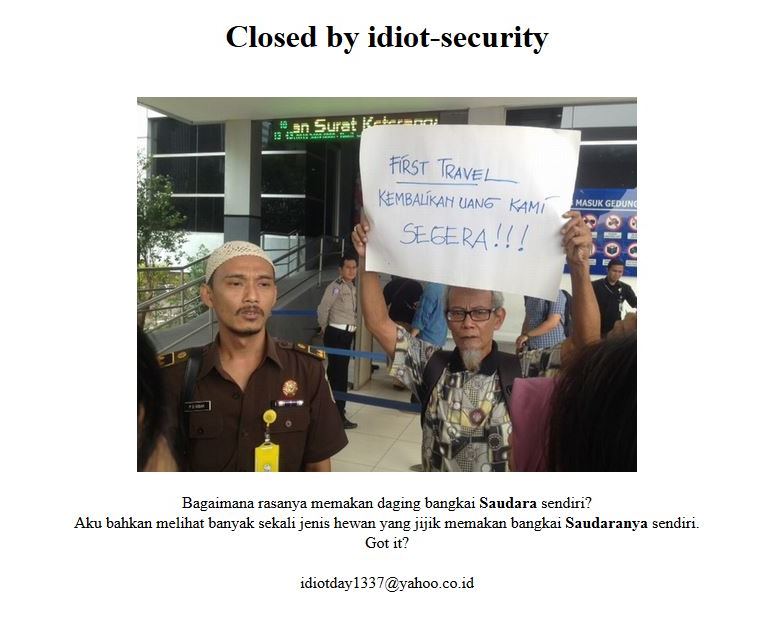 Also included a note by idiotday1337@yahoo.co.id under the photo that reads, "How does it feel to devour the flesh of your own people? I even witness a lot of animals disgusted eating the carcass of their own kind. Got it?

To date, Police had arrested and named First Travel owner Andika Surachman along with his wife designer Anniesa Hasibuan and her sister Kiki Hasibuan suspect after related to Umrah scam.

Around 35,000 people nationwide have reportedly fallen victim to the fraud scheme perpetrated by the agency, which according to the police earned Rp 550 billion from the scam.

Up Next: Kylie Jenner Spotted Wearing A Tiara Designed By Indonesian Designer