Sate: The Origins Of The Yumm

Forget everything, this story about one of the nation's most loved delicacies is more important!

Satay or usually pronounced as sate is a dish of seasoned, skewered and grilled meat served with peanut sauce. The dish is almost popular anywhere in Indonesia as it can be attained from wandering vendor, street-side tent-restaurant, high-class restaurant to traditional celebration feasts.

It is almost impossible to deny its delicacy, it's even Obama approved. The former US President perhaps is a fan of sate after he himself said how delicious the dish is in the middle of his speech in University of Indonesia, recalling his childhood when living in Indonesia in 1967 to 1971.

Sate has indeed become a national traditional dish as people insist and debate that the food was firstly invented whether in Madura, Ponorogo, Tegal or wherever the food is famous with. So, did you know how and where this food invented? Neighboring countries like Thailand and Malaysia indeed have claimed the food as their own, but historically, sate was invented in Java.

The first theory revealed that sate was firstly discovered in 1404, when Islam began to spread in the land of Java, along with the appearance of the first Wali Songo (local saints of Islam), Sunan (title for the honored one) Gresik who was also known as Maulana Malik Ibrahim. In Islamic teaching, there's a ritual to sacrifice livestock known as Idul Adha or the Islamic Day of Sacrifice. In Indonesia, the livestock of choice are usually goat, cow and buffalo.

In Java, the goat meat once commonly served boiled and it had been done since the 9th century. Then, around the 1600s, people began to involve spices as ingredients which led to the first invention of stew and other goat-based food.

Unlike the Javanese, people in Middle Eastern preferred to grill the goat meat just like what we see in kebab, which cooked and served on an iron skewer. Such tradition then was popularized by Arabs immigrants when they came to Indonesia.

It is said it was Satah, Sunan Gresik's student and chef who later adopted the way the Arabs processed the goat meat. However, the use of iron as skewers was replaced with bamboo as it is known that Satah also worked as bamboo craftsman. 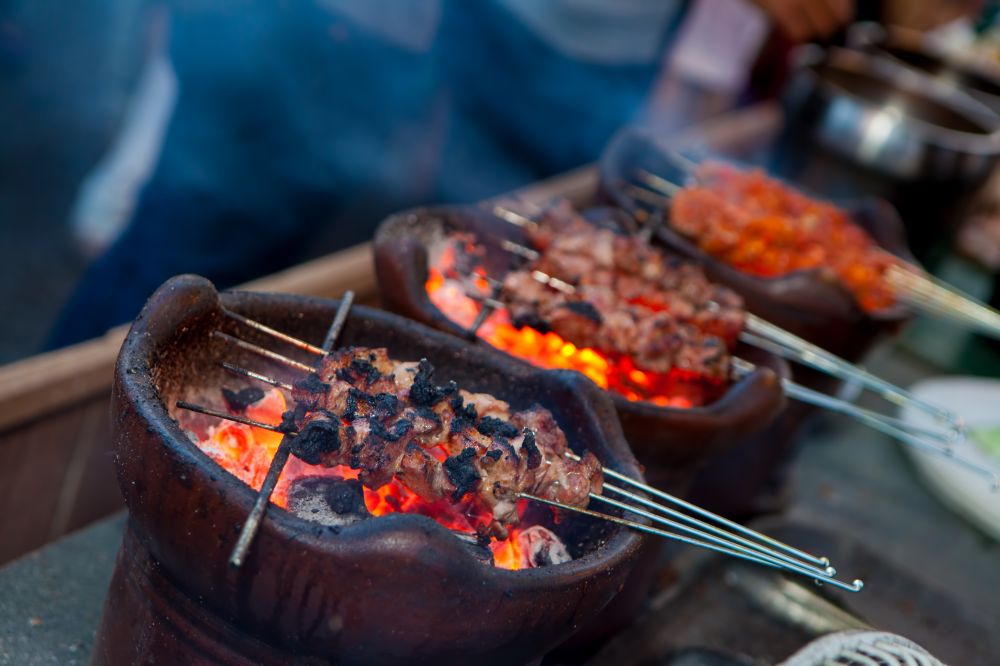 Apparently, what Satah did was acceptable to the society and everyone who came to study with Sunan Gresik loved to taste the dish which was known as Satah meat and later as Sate.

Another famous theory emerged, saying that the word "sate" or "satay" was supposedly derived from the Tamil language. Going back to the beginning of the 19th century for the second theory, the dish allegedly was invented by Javanese street vendors after they got inspired by Indian kebabs brought by immigrants from Arab and Gujarat of India. This then answers the popular use of mutton and beef in sate at the early days, instead of chicken or pork which is more favored by Chinese. However, it remains unclear in which part of Java the food was firstly invented.

The last theory that emerges to surface suggests that the origin of the word sate comes from the Minnan-Tionghoa term "sa tae bak" which means three pieces of meat. But, theory is quite doubtful since traditionally, sate consists of four pieces of meat, not three and moreover, four is often considered to be an unfortunate number according to Chinese culture. 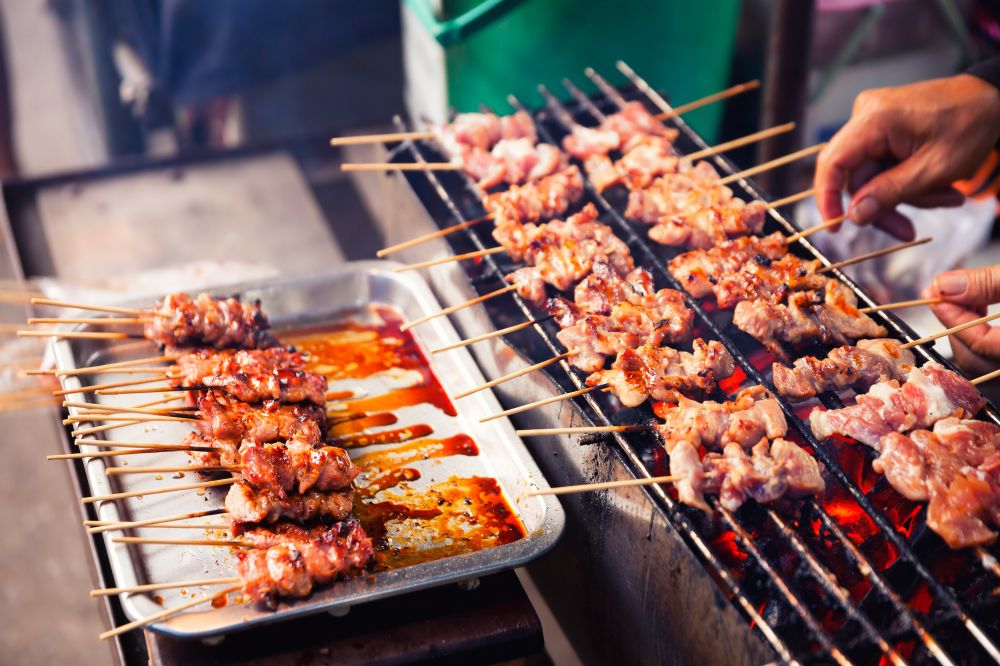 From the island of Java, sate was spread throughout the archipelago, including to Sumatra and Sulawesi which then led to a number varieties of the food, including the use of other meat. At the end of 19th century, sate had crossed the straits of Malacca to Malaysia, Singapore and Thailand; Javanese and Madurese migrants who started trading in the neighbouring country were the ones responsible for this.

In the 19th century, the term sate was spread along with the migration of Malay migrants from the Dutch East Indies to South Africa, where the food was known as sosatie. The dutch also brought sate — and many other Indonesian traditional food — back to their country. In fact, until this day many of dutch cuisine are Indonesian cooking tradition. In the Netherlands, chicken and pork sate often served in Rijsttafel (rice table), an elaborate meal consisting various Indonesian dishes. 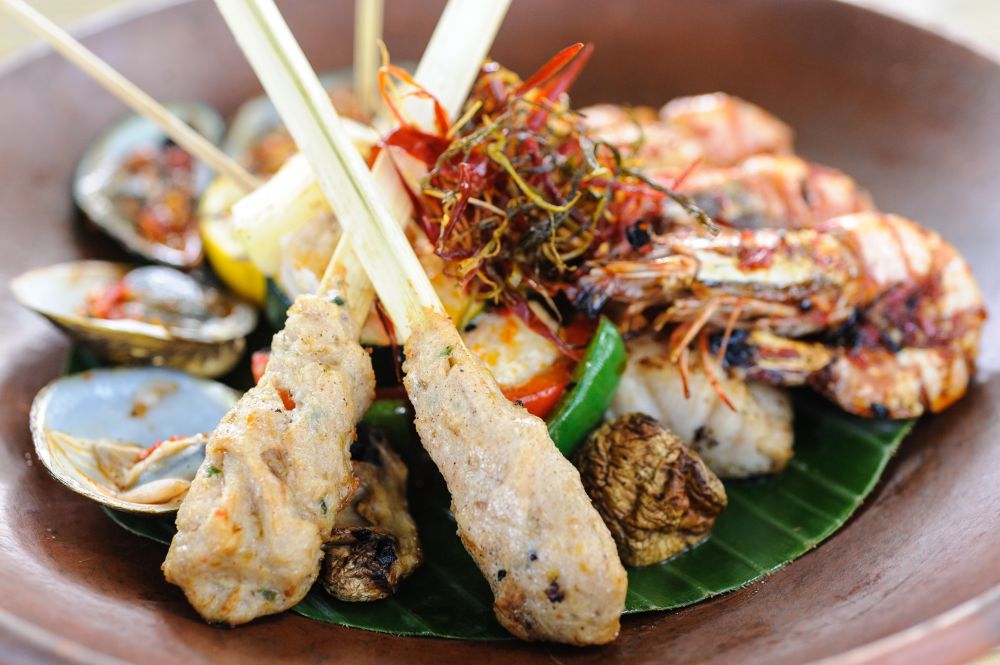 So, this all should conclude the debate; no matter where you think the dish is popular with, sate is absolutely an Indonesian (our) traditional food. So, cut the crap, enjoy the dish and never let other countries steal the delicacy from us.

Up Next: The Food You Eat Will Affect Your Gut