Dancer Passes Out After Being Electrocuted In A Wedding Ceremony

And people thought it was part of the dance routine.

A tragedy happened during a wedding ceremony when an unknown Javanese dancer passed out while dancing after holding a microphone.

The video was shared by a Facebook user An Nidaaudio with caption, “Beware! Do not neglect your surrounding to avoid this kind of accident. This video is for soundmen to be more careful.” From the shared video, the guests did not react when the dancer seizure since they thought it was a part of his performance. 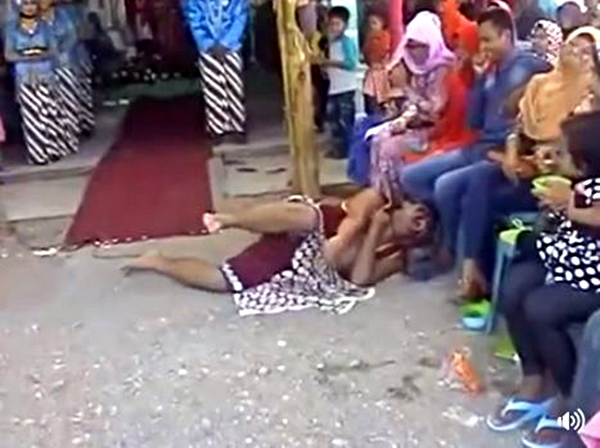 However, when his body stopped moving, a soundman approached him to get the microphone, but he also got electrocuted.

Up Next: Street in Yogyakarta Named After Facebook Founder Mark Zuckerberg