The bullying and hateful posts from those haters can become unbearable.

Brilio.net - The Internet can be a dreadful place, especially for people who gets a lot of so-called haters with their envy-worthy photos on Instagram. The bullying and hateful posts from those haters can become unbearable.

It was what New Zealand based woman Simone Anderson experienced weeks ago, after she decided to share her weight loss journey on social media. She did it for two years, in the hope of becoming inspiration for people like her.

Instead of praise, the 25-year-old faced a huge amount of abuse including online commenters saying she had faked her weight loss.

Anderson’s weight loss journey began when she was 23 years old, burdened with 169 kilograms (372 lbs) body weight. She wanted to live her life to the fullest, so she decided to lose weight.

Another glute focused training with my amazing trainer @nicolealyceh - these hip thrusters instantly made me feel the burn! Work out gear @hardyfitnessandfashion

“I was living a half-life. I was constantly lying to myself that [my weight] wasn't stopping me from doing anything,” she said, as featured on Mashable. “I was turning down so many opportunities and day-to-day things, like walking on the beach with my friends.”

Anderson underwent gastric sleeve surgery in 2014 and shift her lifestyle, dieted and had a lot of exercises in an effort to burn off the pounds. ‘Though she has been through many difficulties and hard works, for her facing people's judgements and mean comments on Instagram has been the most difficult.

“I started the page only for me. It was my little space to keep myself accountable,” she said. “I never expected it to grow into what it has, now opening [me] up to a whole world of judgements and opinions — I find that really hard.”

One of her viral posts can be a perfect example. The photo showed Anderson before and after 11 months of weight loss. The post attracted a horde of comments from users accusing her of faking her achievement.

I am officially half the person I was 11 months ago! From 169kg to 83.85kg, I can't even begin to explain in words what this accomplishment feels like. I set my self a goal that seamed so far out of reach at the time but I have stuck to it and with a lot of determination, will power, drive, motivation & compromise I have achieved my goal. Proud doesn't even begin to describe this feeling! Every 5am start, every single workout, tear, crying fit has all been worth it! From a BMI of 51.6 to 25.6. Now by no means does this mean my journey is over, from here I am setting my self many more goals, from maintenance, to toning, to increasing weights at the gym, half marathon to full marathon, more ocean swims and more sporting teams. This is just the beginning of a brand new and improved me, one who won't let anything or anyone get in the way of achieving what ever I decide to put my mind to. COME AT ME WORLD!!!!

“For me it was tearing down my hard work, and I had worked so hard for it ... most of the comments was stuff like 'oh she doesn't have the same hair colour, so it can't be the same girl,” she said. “It was really base level comments like that.”

But seems like Anderson won’t get anyone to ‘snatch’ the achievement from her. She fought back by uploading another photo of herself two days later, in which she added a revealing image of the excess skin gathered around her torso. It’s an inevitable result of losing so much weight.

It was a strong and brave message to the haters, along with the undeniable proof that she was who she said she was.

I don't no why but every single comment that called me out for being fake and a liar really bothered me far more than it should. I think it's because it took hours of crying and debating whether to share my story online and for others to see, posting the first picture online along with my weight for the world to see what the hardest thing I have ever done. Throughout my whole journey I have tried to be so honest about the whole experience and tell people it exactly as it's happened so to be called a fake hurt a lot. And then when it came to posting about my lose skin well that was equally as tough. So here we go I hope this helps all the "non believers" - my face uncovered, yes my hair and eyebrows are a different colour as I'm going back to blonde, yes I have changed my phone from Samsung to apple and have moved house so the background has changed (it has been 11 months people, things change!), my skin colour varies in every single post as I get a spray tan once a week on a Thursday and often change the depth of the colour I get depending on what event I have that weekend, yes I have lose skin and stretch marks but I don't feel the need to show them in every single photo I post online, I have shared my excess skin picture before so if you had bothered to click on my page you would have seen it and as for my ears changing in appearance?! Well I can't see that haha so who the hell knows!!! Maybe weight changes ears lol. Hope this helps :D now lost 85.7 GO ME!

Basically from day one I started at the gym and with my personal trainer @nicolealyceh, having that constant definitely keeps you on track and so motivated for change. As I have dropped weight I have made sure I am still trying to increase the weights I can lift. What I love about these photos is that at any weight during my journey I was still giving it my all, and letting nothing stand in my way! Crop is @hardyfitnessandfashion, pants @nikewomen and shoes @skechersausnz.

Week 88 Update From 169kg (372 pounds) to 77kg (169 pounds) - a total loss of 92kg (202 pounds) - I'm 181cm tall (5"11). For the who are seeing my journey for the first time this is over the course of just over one year and eight months, I began my journey on August 29th 2014 then had Gastric Sleeve Surgery on October 29th 2014 - I have completely changed my lifestyle, diet and exercise. I am thirty three weeks post opp abdominoplasty, bra line backlift, breast lift & augmentation by @drrepta_plasticsurgery (so basically most of my lose skin has been removed apart from that on my upper thighs and bottom). For those that will ask sports bra is from @hardyfitnessandfashion pants & shoes are @nikewomen To find out more indepth infornation on my journey and tips head to www.journeytohealth.co.nz

“It was definitely a very scary thing. It was something where I had struggled for five or six days as to whether I'd share those all those images, but I thought I needed to,” she said. “From day one, I said to my followers I'd be really honest about both the positives and the negatives of extreme weight loss.”

Anderson's massive transformation has been aided with surgery to remove her excess skin, plus a breast lift and an augmentation, all of which occurred in the U.S. last September. Some of her loyal followers even helped to pitch in for the surgery via crowdfunding. 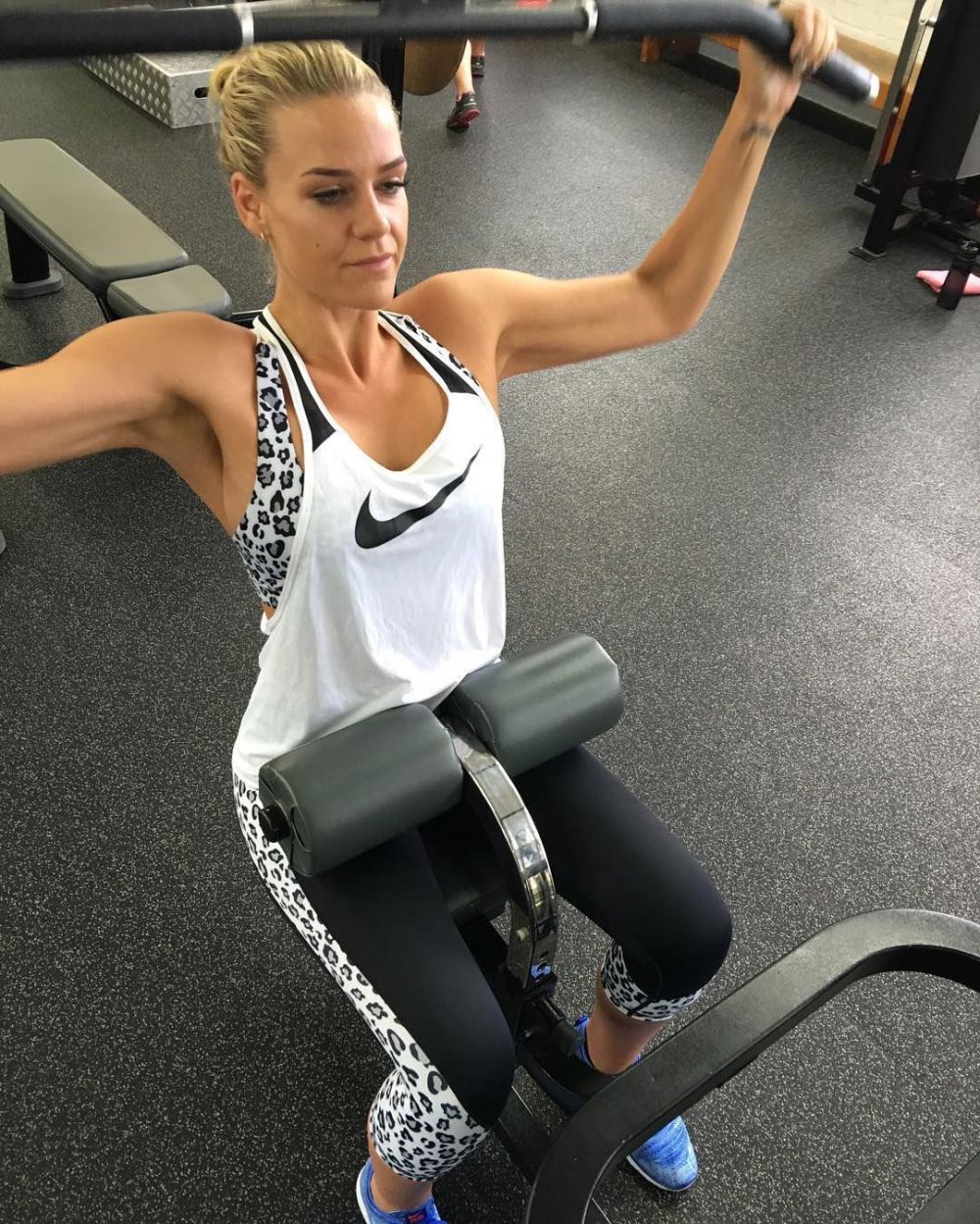 She has managed to loose 92 kilograms (202 pounds) since she started her weight loss mission 90 weeks ago. Still, those comments about faking it appear every now and then.

“I think now I've grown a much thicker skin and I try to not read them too much or reason with it,” she said.

Anderson has hit 141,000 followers on Instagram and fortunately in recent times most of the comments she receives are from people inspired by her journey.

Is it even a night out if you didn't take a selfie? Dress hired from @camillawithlovehire_nz and earrings are @lovisajewellery

"It still something that blows my mind every day ... and it makes me really, really proud," she said. "If one person has decided to go running every day because of it, that's really huge."

Up Next: Magical trailer of very anticipated Disney's The Beauty and the Beast