Brilio.net - The rapid transit system RER may be an unglamorous public transport system that connects the city to the suburbs in Paris. But recently one of five lines, the RER C, has received marvelous additional décor. The line transports people throughout the western half of the city and has a stop at the Versailles-Rive Gauche station. That is why the palace’s murals and frescos are the inspiration for this year’s makeover.

The annual project “Art in Transit” of France’s national train system is conducted every spring. Artists refresh the look of train or subway station temporarily. SNCF is the company that operates the RER train system and sponsors the art project. The project has been giving commuters dynamic experience during their trip in the highly cultured city.

This year, the interior of modern Versailles train cars is covered with plastic film featuring fountains, flowers, and furnishings from the palace and its grounds. Even the walls in the compartment cars are decorated with life-size photo of library book from the 17th century palace. RER C has 531 trains that run everyday, carrying 490,000 passengers in its 187 km route. Now imagine having all those cars decorated with the palace theme. 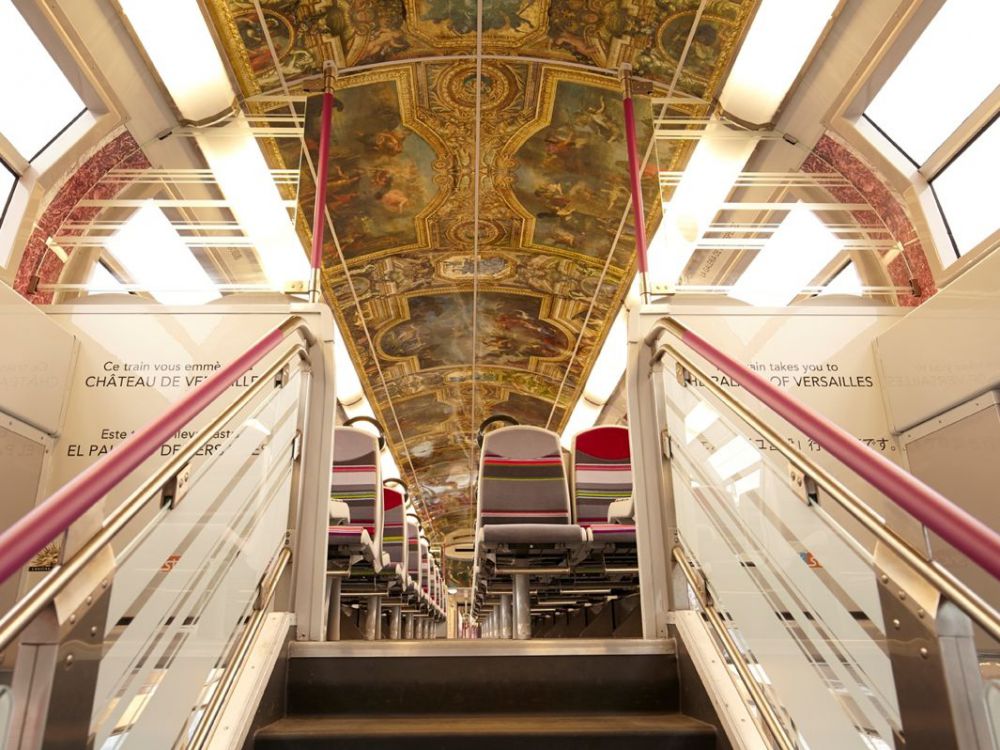 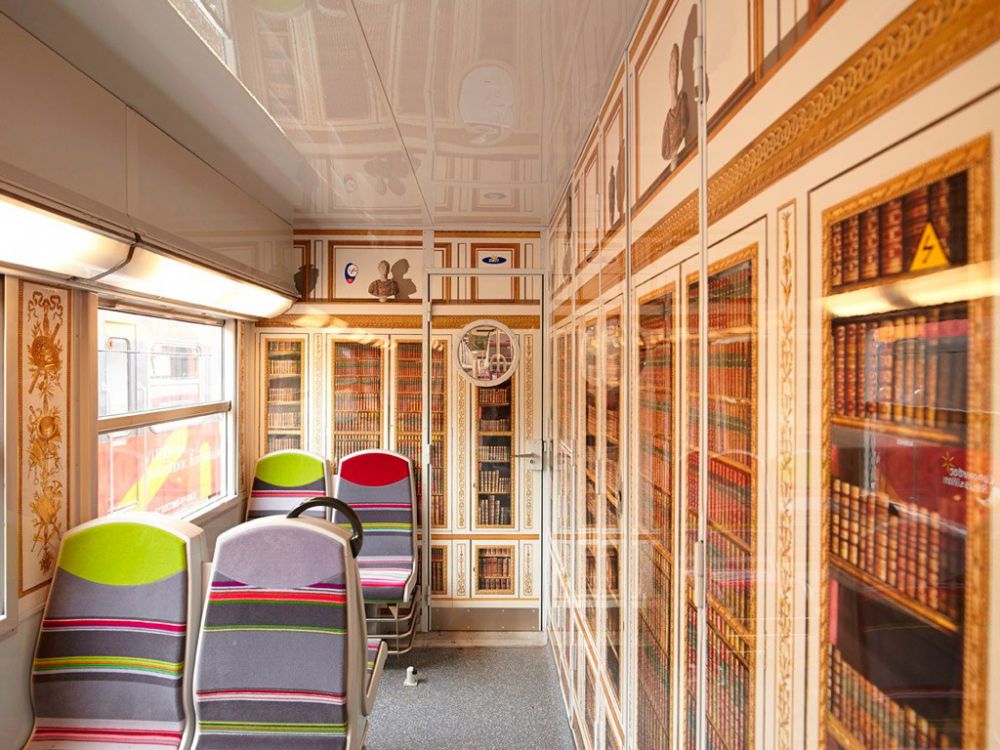 "The scenic designs are adapted to the configuration of the train," said an SNCF representation in a released statement, "and are generally lightened to work with the light, colorful new train design." 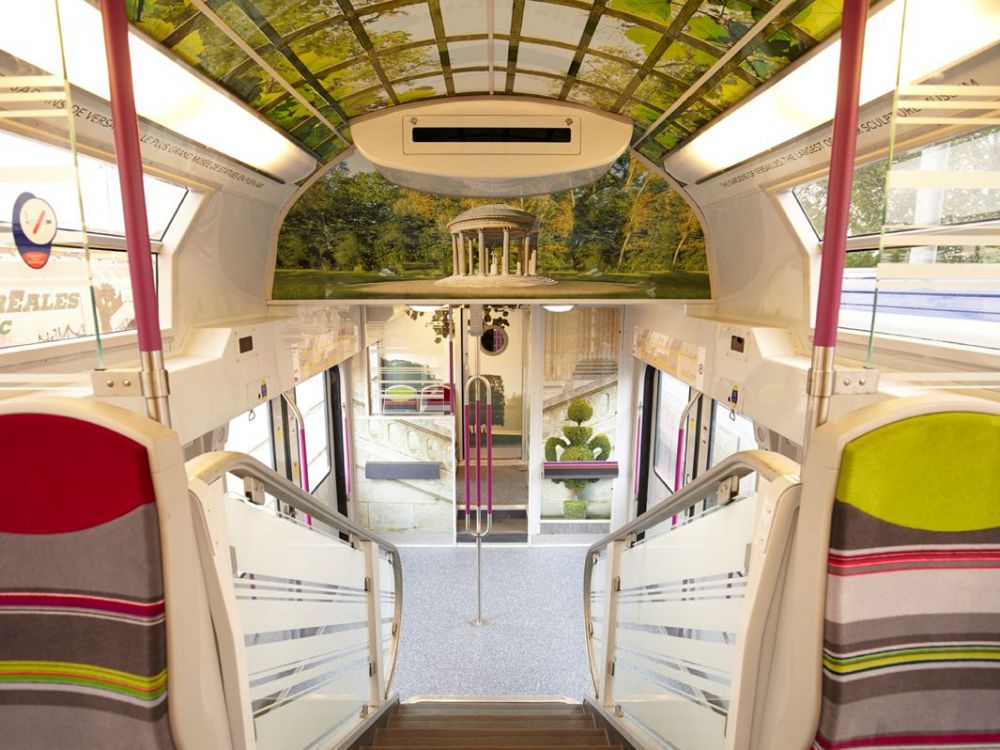 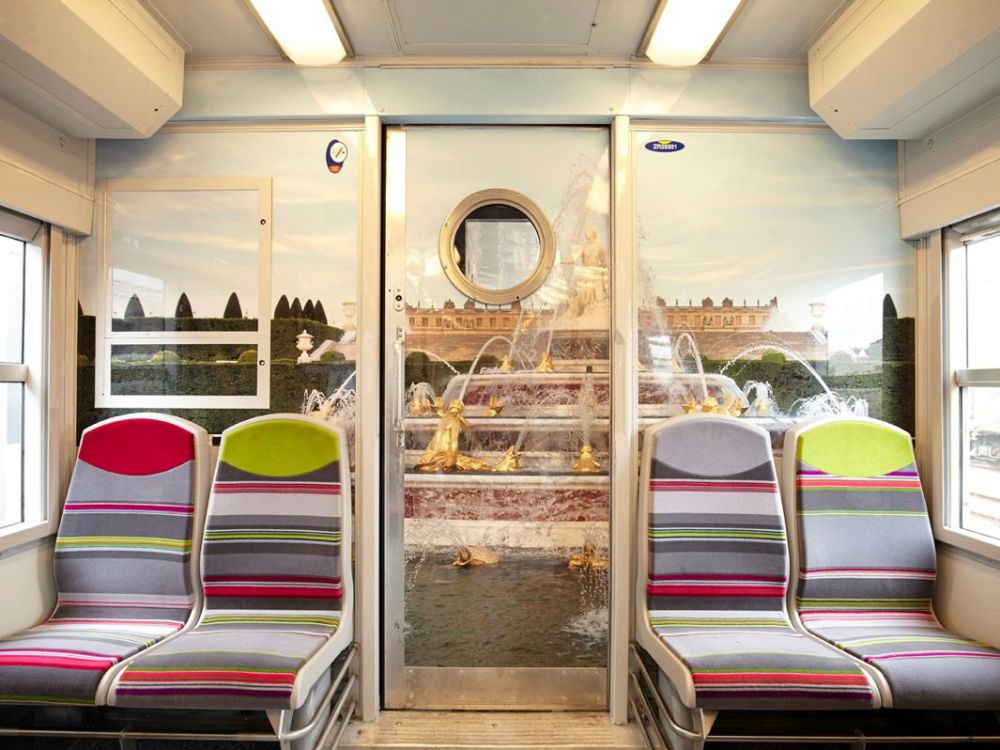 Although the decorations are not permanent, it is a great promotion for the palace as 15 percent of the RER C passengers are tourists going to monuments and museums—and surely the Palace of Versailles. The palace is being spotlighted right now, including the smaller outbuildings of the palace like the Petit Trianon. The first-ever hotel on the grounds is having a makeover. The five-star Hôtel Du Grand Contrôle will open soon with 23 rooms and a restaurant from famed French chef Alain Ducasse.

Up Next: 12 Photos show a fluffy cat dances ballet like nobody’s watching