10 Rare Photos Of Gen. Sudirman During The National Revolution

You've heard his story, but have you seen the pictures? 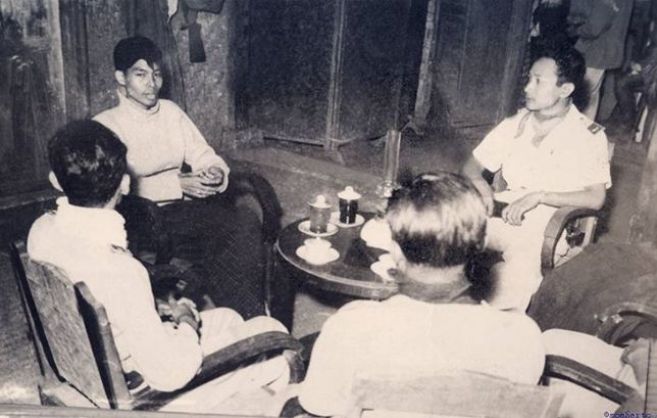 Gen. Sudirman in the middle of discussion with Lieutenant Colonel Suharto and Rosihan Anwar in Pojong, Gunungkidul, Yogyakarta, July 8, 1949.

The heroic tale of Gen. Sudirman who fought during the national revolution is one of the most popular stories of how Indonesia got away from colonization.

The highly respected General began his military carreer in Defenders of the Homeland (PETA) and fought until his death as a Lieutenant General in January 29, 1950. He was then named a national hero posthumously.

To honor his service, let's have a moment to witness his courage through the following series of photo we retrieved from various sources.