GNPF MUI Plans Another Rally Against Ahok On May 5

Just when you think there's going to be no more rallies in the capital.

It's been quite, tranquil and peaceful in the capital these past few weeks. The election is finally over, the candidates are being friendly to each others and maybe, things will calm down and Jakarta can fuction like it used to do before all of these political debacles happened.

But maybe Jakarta is just incomplete without rallies. Do you miss seeing thousands of people swarming the main roads of the capital city?

Fret not, The National Movement to Safeguard the Indonesian Ulema Councils Fatwa (GNPF MUI) is holding another rally in Jakarta on Friday, May 5.

GNPF MUI spokeperson Kapitra Ampera said the rally will be a  a sympathetic action to defend Islam and their right to do so is protected by the 1945 Constitution, Law No. 9 year 1998 and Law No. 12 year 2005 — this is stated on the banners to encourage those who might be reluctant to join the rally because of the police's multiple advice on not to hold any more rallies. 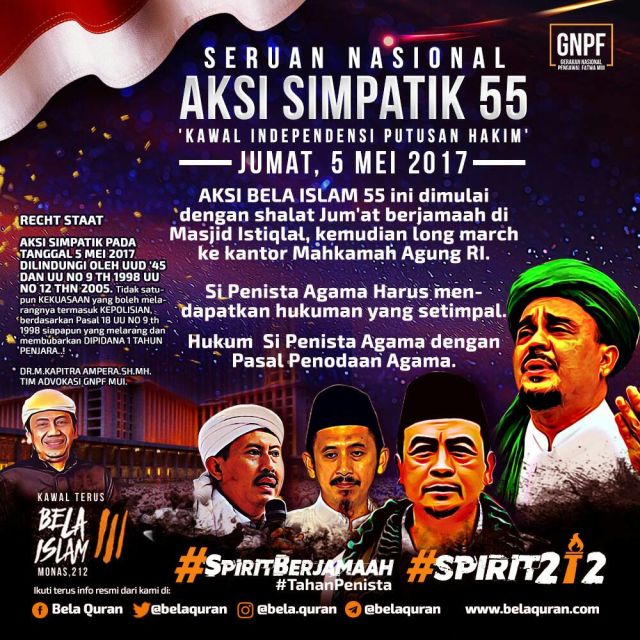 The rally is scheduled to start with a Friday prayer at Istiqlal mosque and continue with a long march from Istiqlal to the Supreme Court. 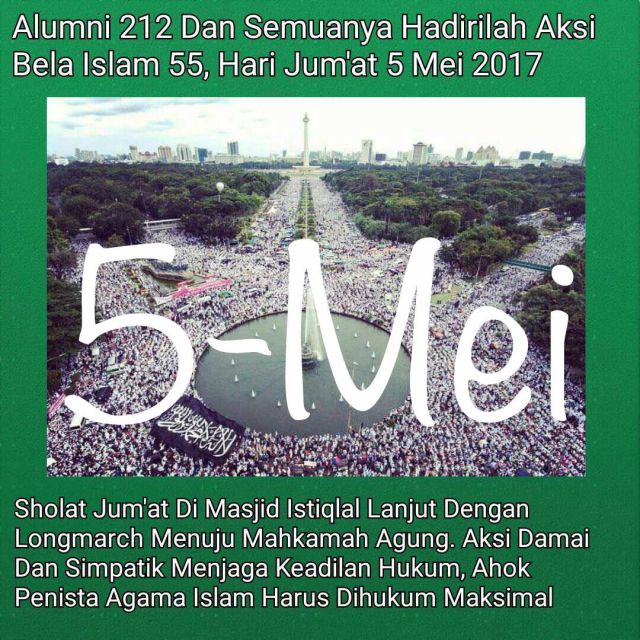 The rally will be held four days before the judge reads out the sentence against Ahok in the blasphemy case.

Up Next: Jokowi Sets Housing Program With 1% Down Payment