Youth and Sports Ministry on Thursday brought together delegations of supporter leaders, Indonesian football clubs and police in the "Indonesian Football Supporter's Meet Up" (Jumpa Supporter Sepakbola Indonesia) at the ministry's building.

The event was a follow-up to supporters' brawl resulting to the death of Ricko Andrean Maulana after the match between Persib and Persija Bandung in Gelora Bandung Lautan Api Stadium, Bandung, July 22.

"The meeting is just the beginning of a process to reconcile between supporters. Hopefully, Soccer Association of Indonesia (PSSI) can take over from here. Perhaps, a congress of Indonesian supporter can be arranged [in the future]," said Imam in his opening speech. 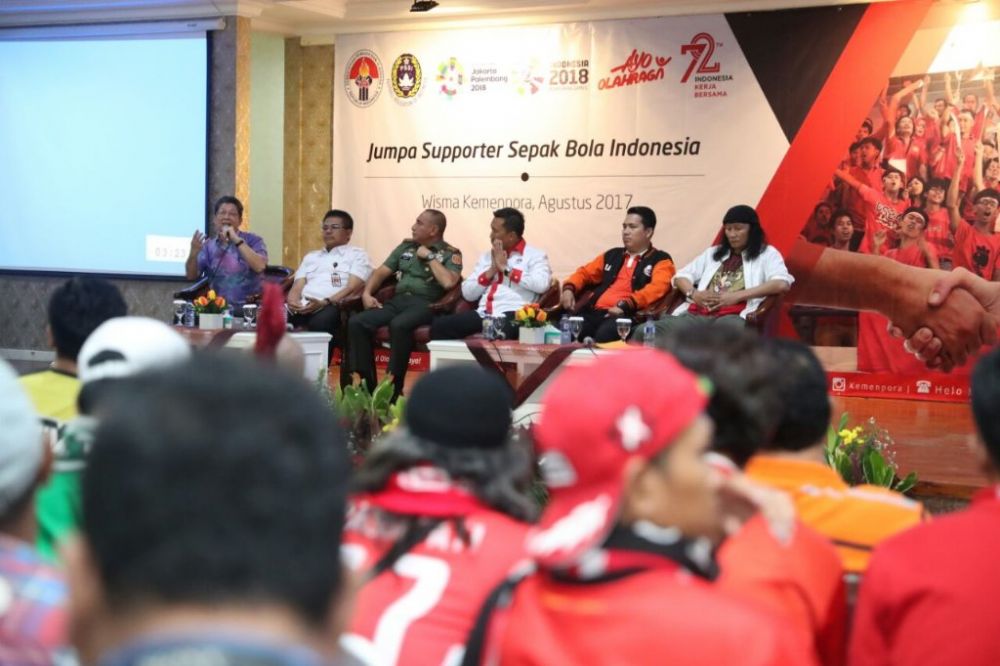 In a meeting attended by representative of the PSSI board including Chairman Edy Rahmayadi, Deputy Chairman Joko Driyono, and Secretary General Ratu Tisha, the Minister encourages the Indonesia's governing body of football through the Discipline Commission to be able to enforce the rules and laws to prevent similar incident. Imam then urged the supporters' participation to kick out racism out of the competition.

"For some fans, let's stop singing a racist chant since it can incite a riot. FIFA's statute also regulates such prohibition," he added.

Imam continued by suggesting that supporters shall be included in owning shares to make them having a sense of ownership and responsibility for the existence of the club. "We might wear different jersey or attribute and support our own club, but we're still Indonesia, let's unite, step forward, together we turn Indonesian into 'Asian Tiger'," closed him.

However, the supporters of three major clubs of the league, Persebaya, Persija and Persib appeared not to seen in the meeting.

Up Next: The Hitman's Bodyguard: Some Couples Are Bulletproof