You absolutely can’t be bitter and cynical about this Valentine's day card.

Brilio.net - This year’s Valentine’s Day has gone, yet some folks seem to leave precious footprints and warmth in the heart of the people around them.

To create and hand out Valentine’s Day cards to your classmates is a yearly schedule for any second grader[1] in the US, even though without candies and chocolates.

Reddit user mack3r shared a photo of his blind daughter's heart shaped Valentine's Day cards, which are created by her using braille. It is a tactile writing system with raised dots for the visually impaired, which traditionally uses a slate and a stylus.

Mack3r explained that his daugther also provides a pen-written version of the message, so her classmates would understand what’s written in braille.

Redditors were touched and praised mack3r for his remarkable parenting skills, including a user who is blind. 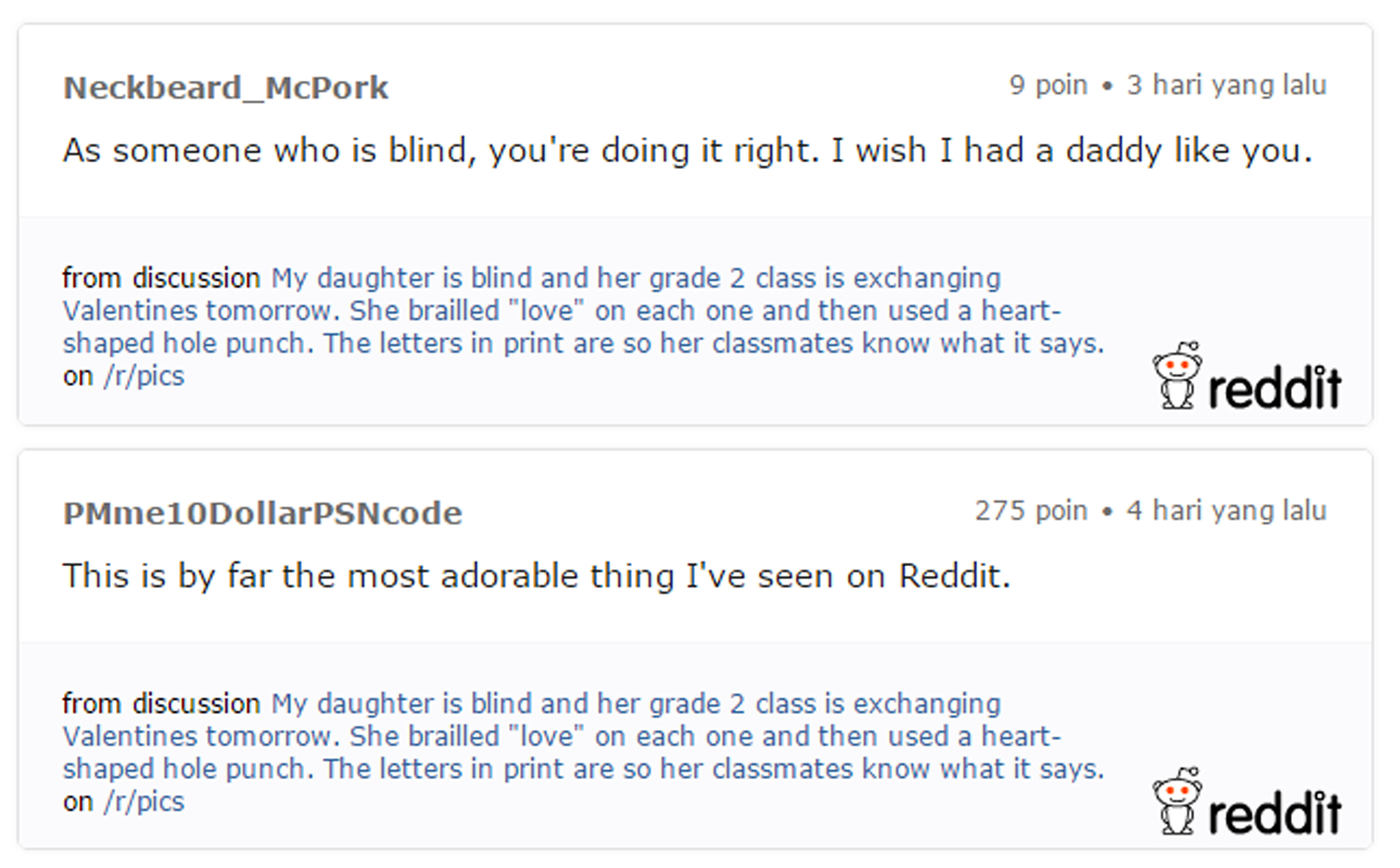 Up Next: For the ladies: Need a BFF? Just swipe right..