Today, he runs a community in Pontianak focusing on developing the art of batik in this region.

Brilio.net - Deny Farid Yusman, 38, may have graduated with a culinary degree. But it was his love of the art of batik that changed his life. Despite having been head chef at several hotels, Yusman followed his calling to learn more about this local craft and today lives in Pontianak, where he has established what is called the Usukamang Production, a community for artists focusing on developing Dayak batik.

"I fell in love with batik and the Dayak culture, that is why I went to Pontianak to learn batik tulis with Dayak patterns," he said. "Since 2008, my friends and I established Usukamang Production, which consists of contemporary artists, painters, dancers, and other batik lovers."

The process of drawing batik. 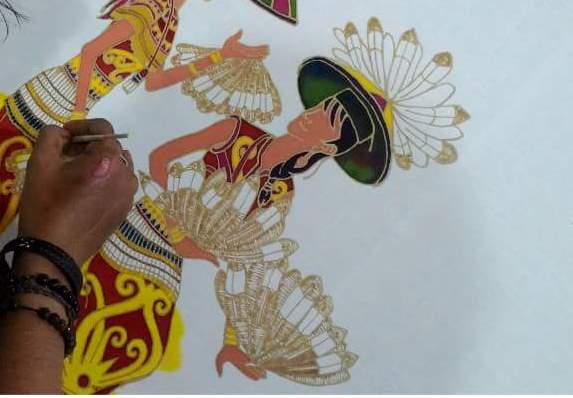 Through Usukamang, located in Jalan Purnama 2 Pontianak, Deny accommodates a number of artists in need of a space to develop their works. He emphasized that when it comes to batik, business isn't his priority as he chooses to focus on education and conveying the true meaning of batik in his works.

“Aside from distributing batik, my friends and I also explore [the art itself]. For example, in West Kalimantan, there are a lot of different styles and techniques which makes me love this culture more.” he said.

Denny added that a lot of people think there's nothing more to batik than style and patterns, when in fact it is also about technique and the different methods used in different regions.

One of the batik patterns created by Usukamang Production. 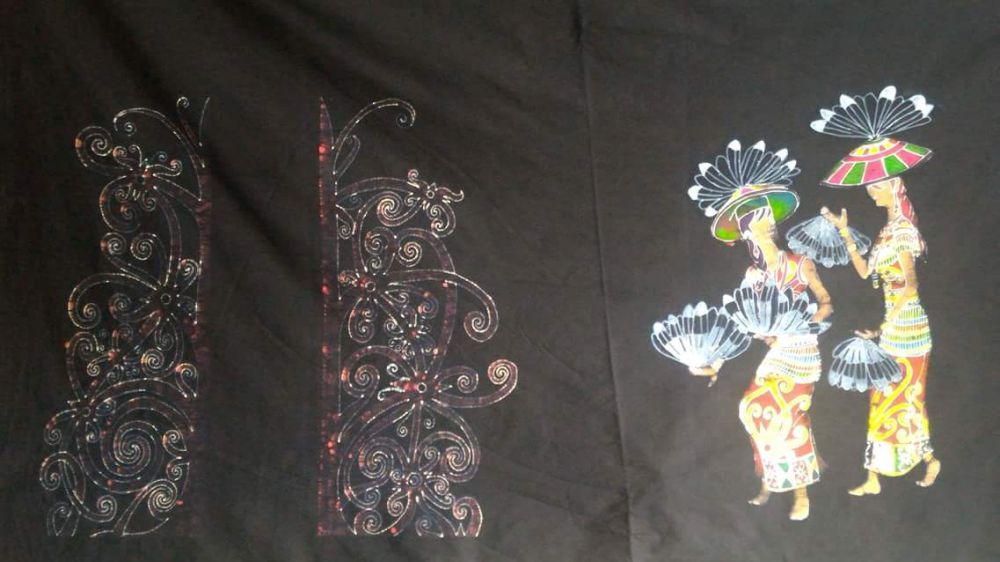 Aside from creating artworks with other artists in Usukamang's production house, Denny also regularly holds art events at his space.

“[There are] some big events such as Pesparawi, MTQ," he said. "There are cultural events, stage design, and decoration, we handle all of them. We would [also] provide the concept [for batik patterns], which shows West Kalimantan's cultural patterns, which has been modified without reducing the essence of its form."

Up Next: Meet Aaradhya Bachchan, Daughter Of The Queen Of Bollywood