Most traditional costumes of Indonesian ethnic groups are equipped with a headdress that add a majestic look to the intricately designed outfits. From Aceh to Papua, brides are seen with crowns, paes (Javanese head ornaments), gold jasmine flowers, and other over the top head accessories.

Here are some of them. Jamang or sometimes called Siger is the head jewelry worn on the forehead. It is worn encircling the head resembling a headband, usually adorning the forehead, starting from the top of the forehead to the temple.

Jamang is a complement to various Indonesian traditional costumes, especially in Java, Sunda, Bali, Lampung, Palembang and West Sumatra as it is usually worn to match a wedding dress or traditional dancer’s clothing. 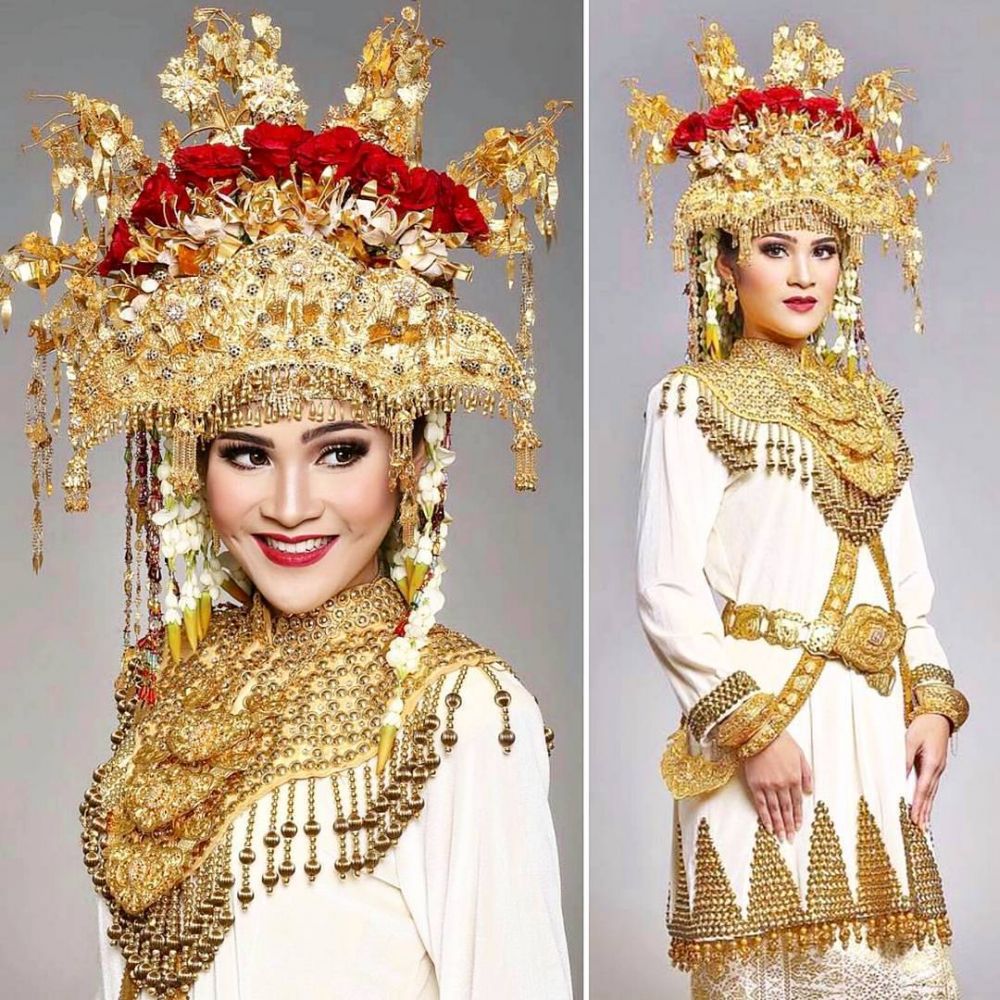 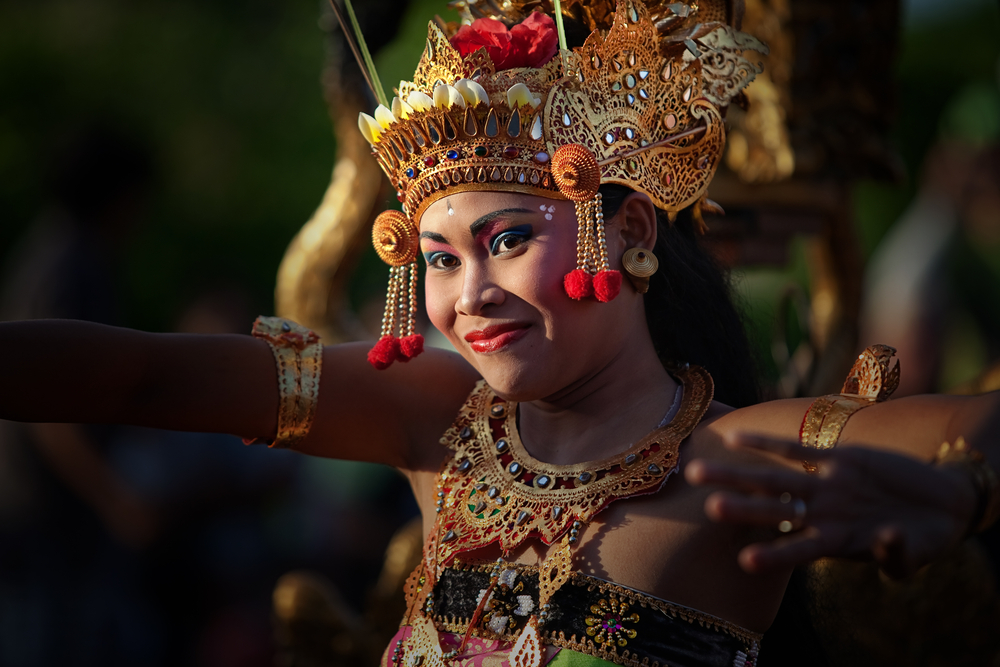 Jamang worn by a Balinese dancer (Photo via Shutterstock) 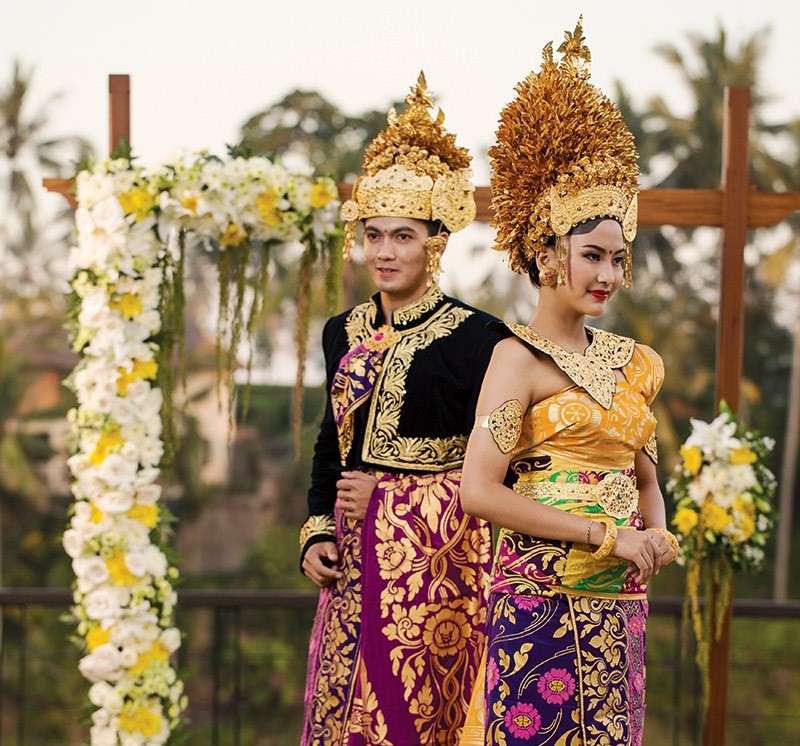 Gelungan Agung is a crown and head ornaments used by Balinese royals in the past and is now adopted to a Balinese traditional wedding costume, Payas Agung. For the bride, the Gelungan Agung is formed with the arrangement of golden sandat flowers, ornamented with golden crown and srinata (gold symmetrical curvature on the forehead). For the groom, it’s formed with sandat flowers in smaller quantities and equipped with a crown known as  gelung garuda mungkur. 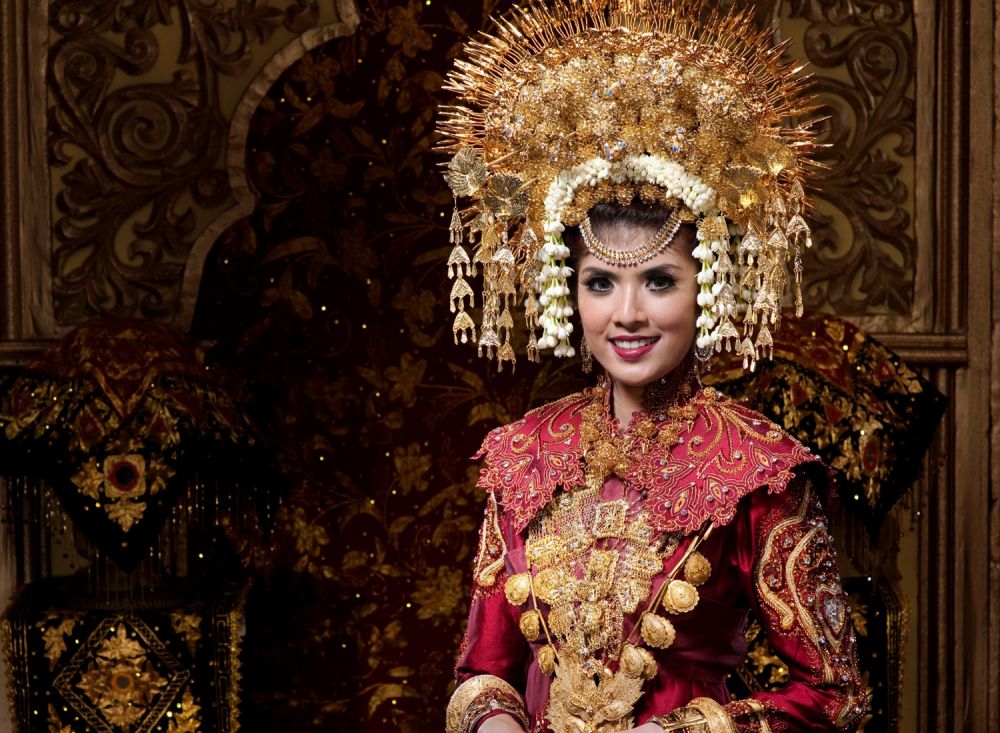 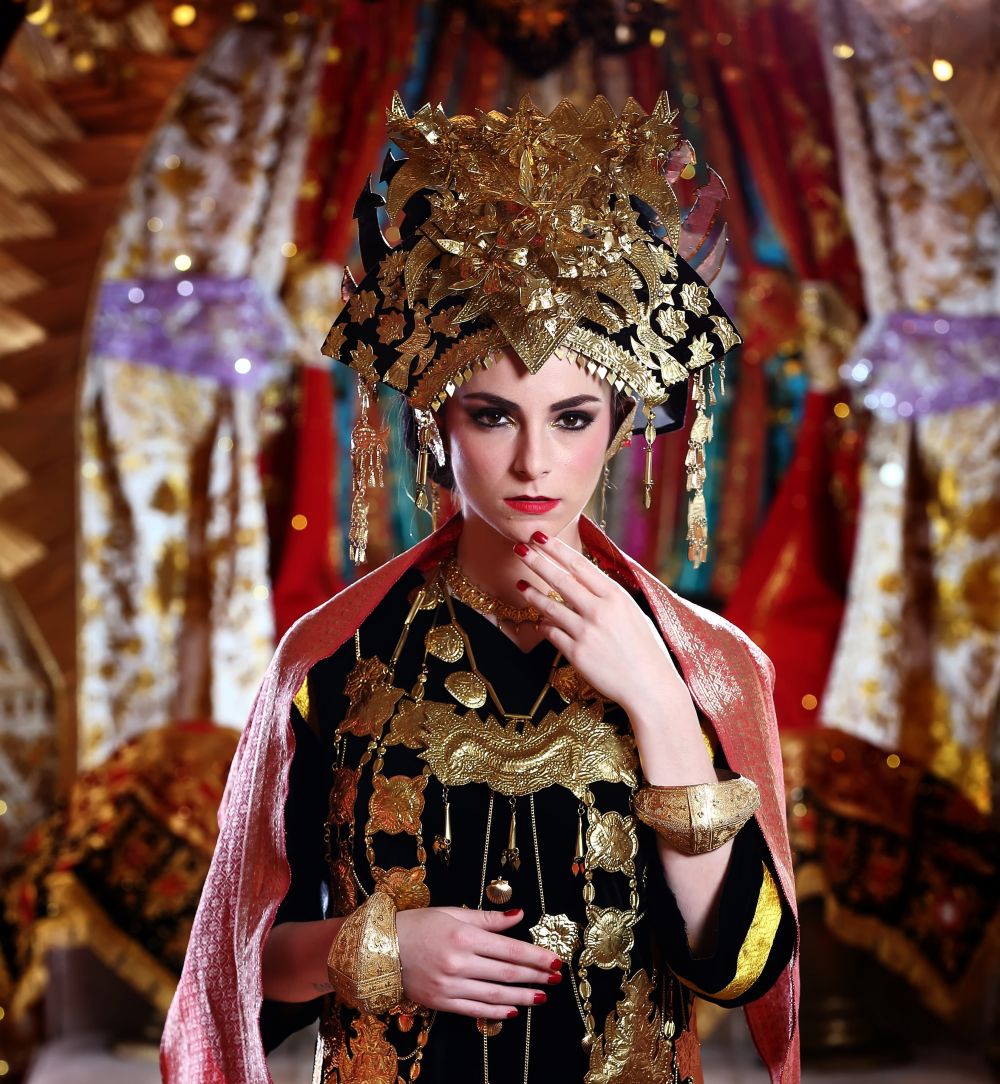 Some suntiang consists of 11 layers of ornaments and the installation process is quite complicated. As seen, suntiang is quite heavy. Brides have to bear a five-to-six kilograms suntiang perched on their heads for hours. 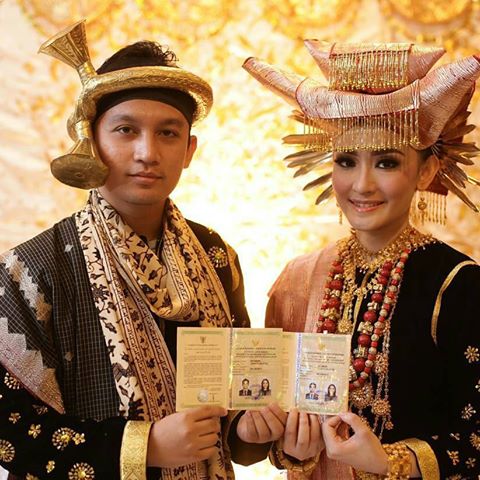 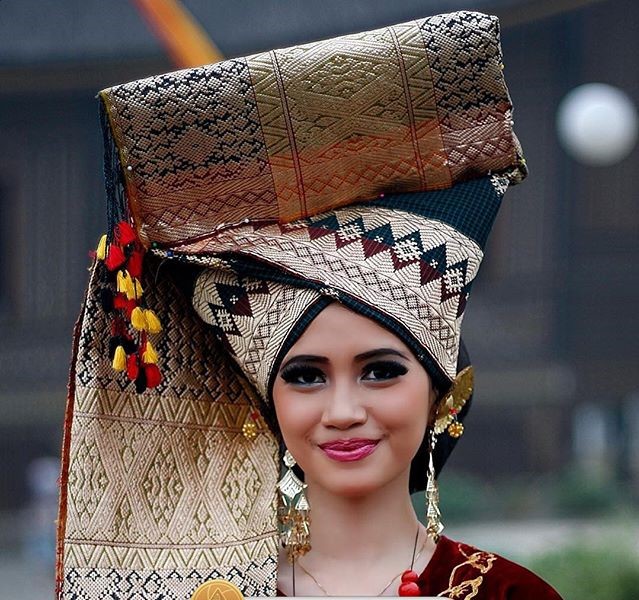 Tengkuluk Tanduak, also known as Tikuluak Tanduak, is a typical women’s headdress made of balapak cloth, mainly seen in Lintau Buo region of Minangkabau, West Sumatra. The headdress is shaped like a double-pointed horn, decorated with gold ornaments. The symbolic meaning of this fixture is the possession of rumah gadang, Minang traditional house. That is, the person wearing it is a bundo kanduang, the owner of a rumah gadang.

Up Next: Indonesians Protest Jusuf Kalla's Lecture In Oxford