12 More Of The Many Indonesian Traditional Dances

From over 3,000 traditional dances in Indonesia, here are some of the most popular ones.

Traditional dances in Indonesia are usually classified into two genres, folk dance and court dance —those performed only in the palace in front of kings and royals. However, as the time flies by, court dances started to be performed in public stages.

Here are some popular Indonesian traditional dances we can still see today. 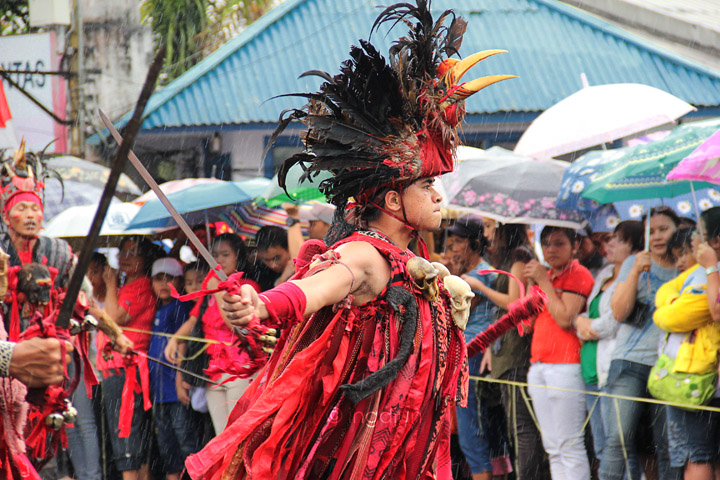 This war dance is performed by men wearing traditional war costumes: two of them play captains or leaders while the rest are the supporting warriors. The dance involves spears (sanokat) and long knife (lopu) as properties, with dancers performing movements that represent war and duels. 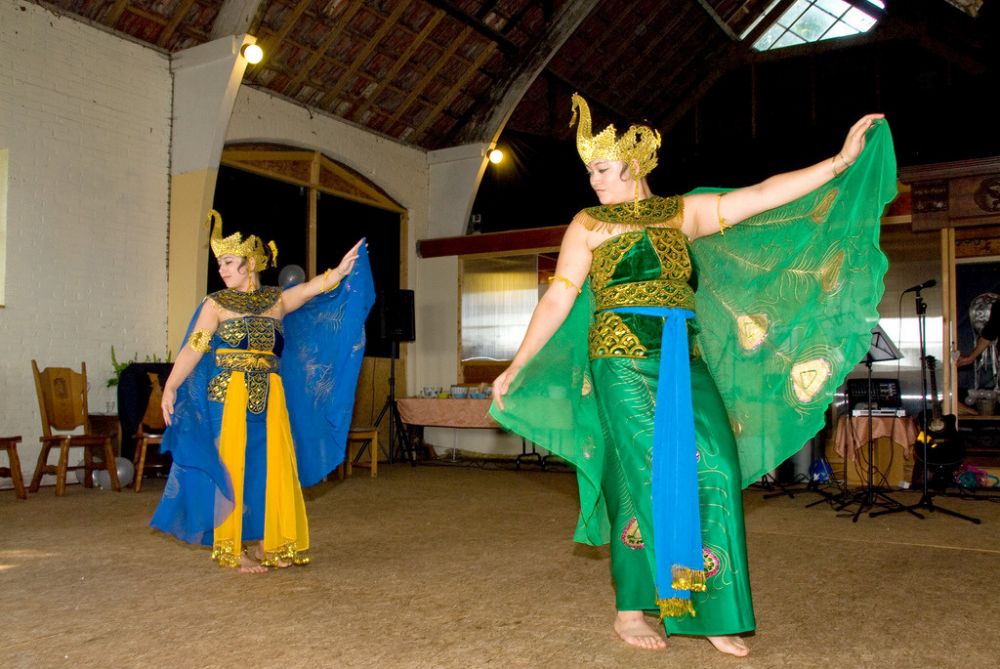 Merak (means peacock) is a new creation from the land of Pasundan (West Java), created by artist Raden Tjetjep Soemantri in 1950s and remade by Irawati Durban in 1965. This dance is usually performed as part of a guest-welcoming ceremony or in a traditional Sundanese wedding ceremony. Dancers wear mostly green and blue peacock costumes. Irawati Durban also recreated the dance and came with White Merak Dance (Tari Merak Bodas) in which dancers are wearing white peacock costumes. 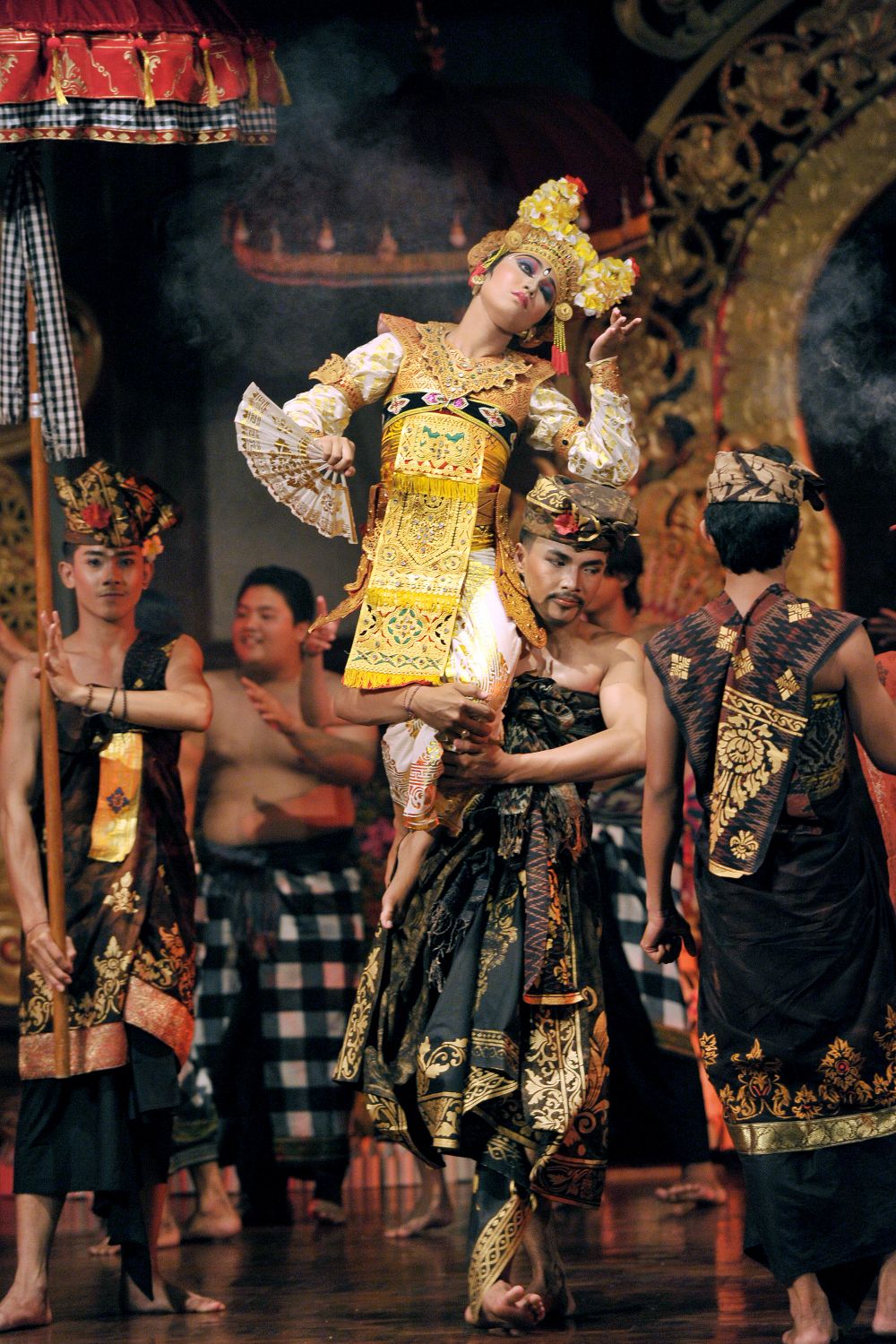 The dance used to be performed before the rice turn yellow (around April), involving young girls who haven’t yet entered their menstrual phase, in a state of trance, as a tribute to Dewi Sri — the goddess of crops and fertility. 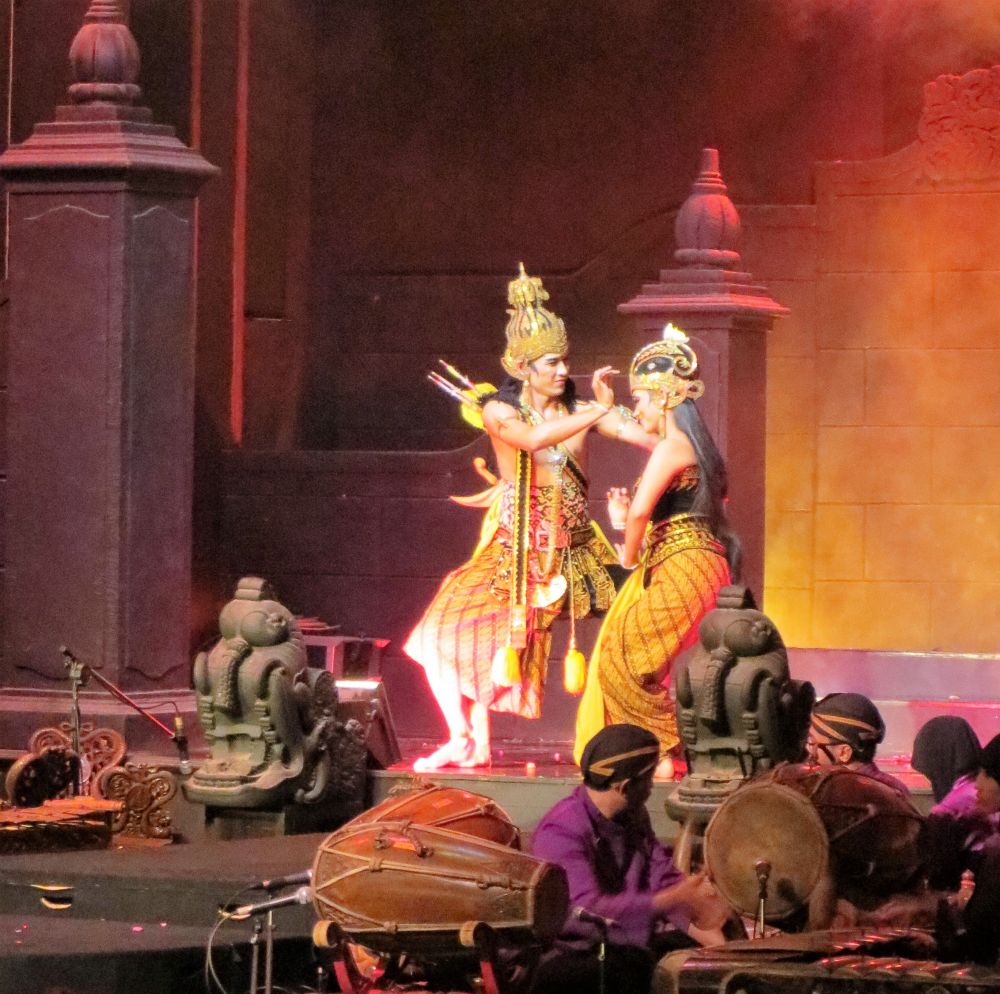 This dance is a show that combines dance and drama without dialogue that tells the legend of Ramayana. Sendratari Ramayana — or Ramayana Ballet — tells the story of Prince Rama's attempt to save his wife Sinta, who was kidnapped by evil giant Ravana. The dance is regularly staged in Prambanan temple compound, Yogyakarta, as well as various Balinese temples in Bali Island. The dance is originated from the Hindu-Buddhist era, adopting scenes in Ramayana or Mahabharata Hindu epic. 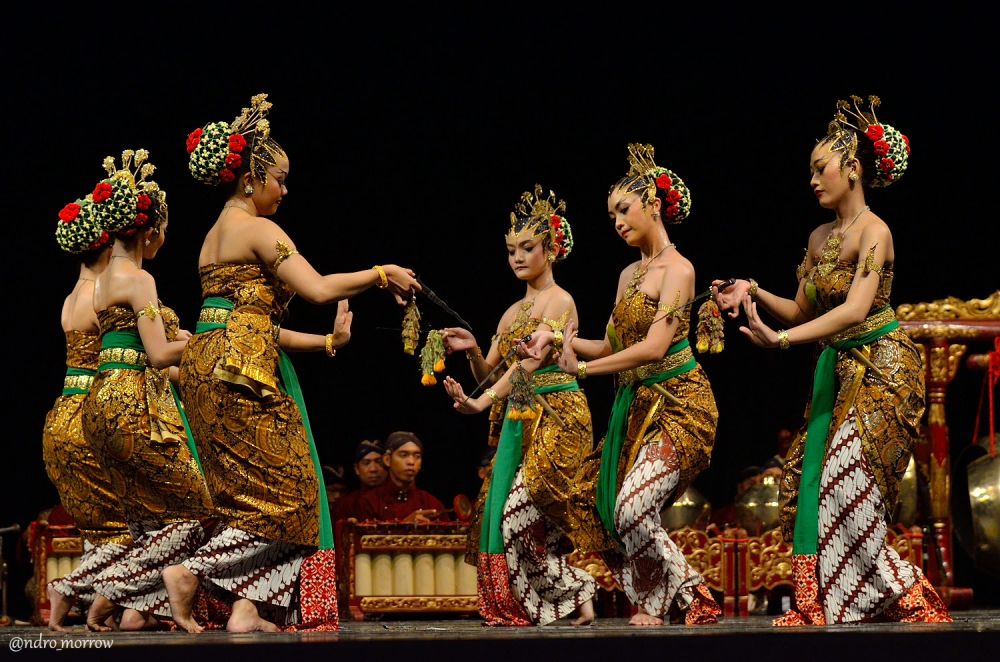 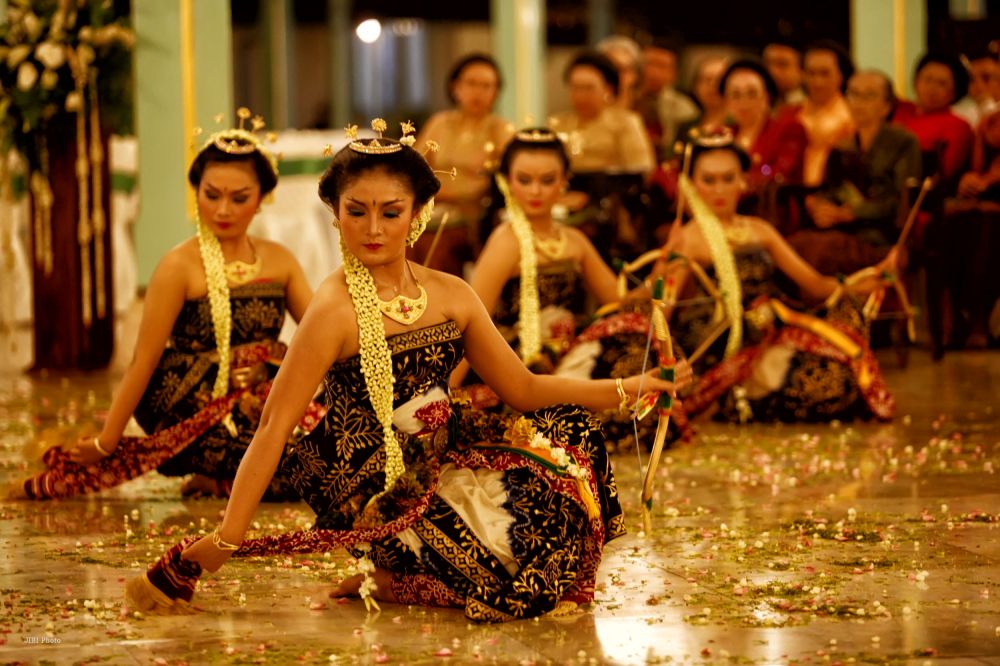 It’s a Javanese sacred ritual dance of the royal court, only to be staged in the royal palaces of Yogyakarta and Surakarta. There are two kinds of Bedhaya, Bedhaya Ketawang in Solo, Bedhaya Semang in Yogyakarta — which is no longer performed. The Solo version is still performed once a year, on the second day of the Ruwah month in Javanese calendar (during May in Gregorian calendar).

The dance involves nine females, all of them are royal family members, in front of a private audience. Being invited to see the performance with the inner circle of the court is considered an honor. The dance is usually performed in a pendhapa —audience hall with pillars and peaked roof. 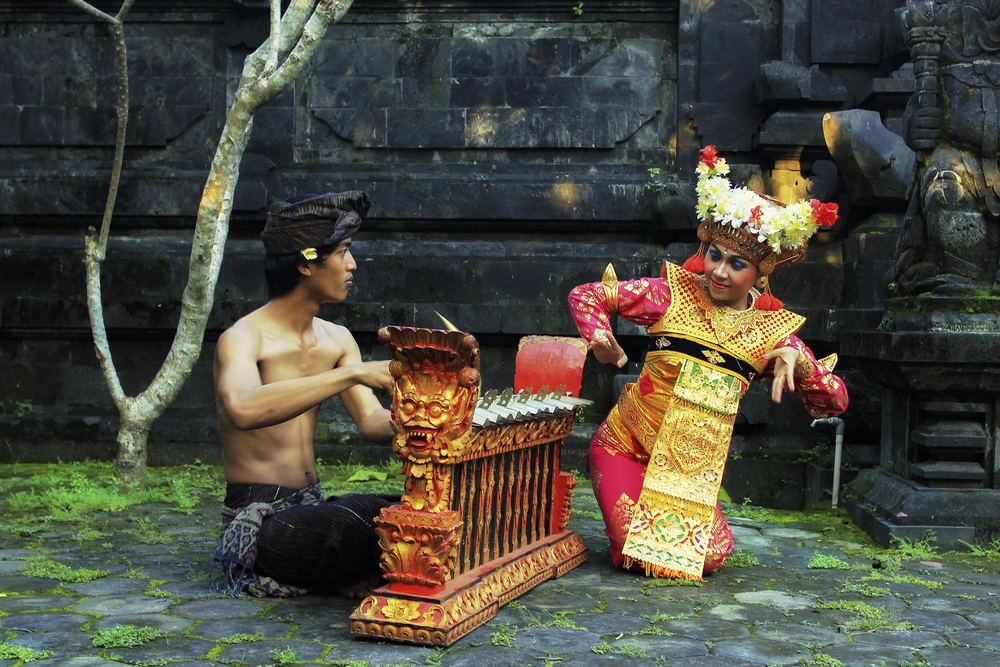 Originated in the 18th century as royal entertainment, Legong is characterized by elaborate finger and foot movements, as well as sharp face expression.

According to Babad Dalem Sukawati, Legong dance was created based on the dream of Sukawati King I Dewa Agung Made Karna. He dreamed of seeing angels dancing in Heaven. They danced in beautiful clothes and wore golden headdresses, and thus he created the Legong dance. It’s originated from the Hindu-Buddhist era. 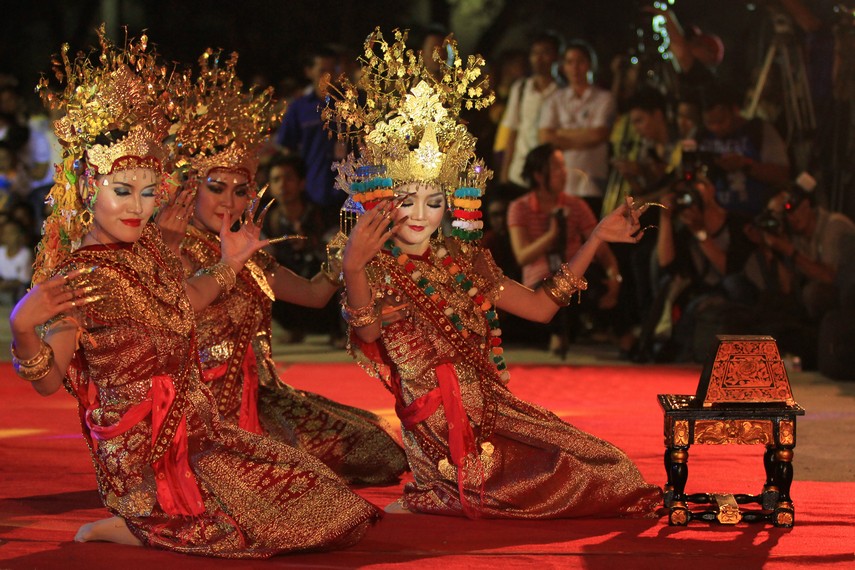 Originating in Palembang, South Sumatera, Gending Sriwijaya represents the splendor of the glorious Sriwijayan empire, which once ruled the western part of the Indonesian archipelago, as well as parts of modern-day Thailand, Cambodia, Malaysia, Singapore, Philippines, and Brunei.

The dance involves nine female dancers, wearing Palembang traditional gilded costume called Aesan Gede, which is also worn as a wedding costume. Among the dancers, there’s one prime lady who wears the most elaborate costume and jewelry and acts as a leader. Gending Sriwijaya was once considered a court dance with hints of Hindu-Buddhist elements although the costume is more covering. 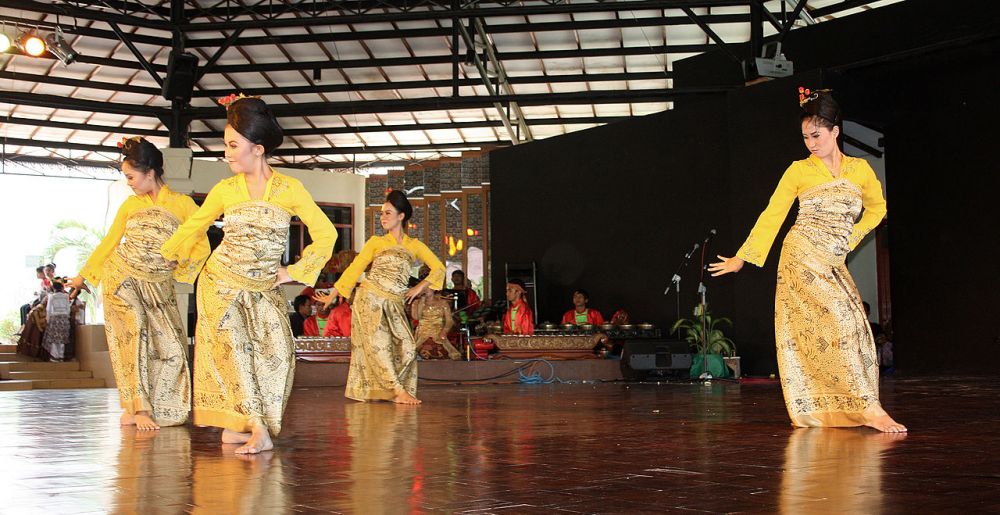 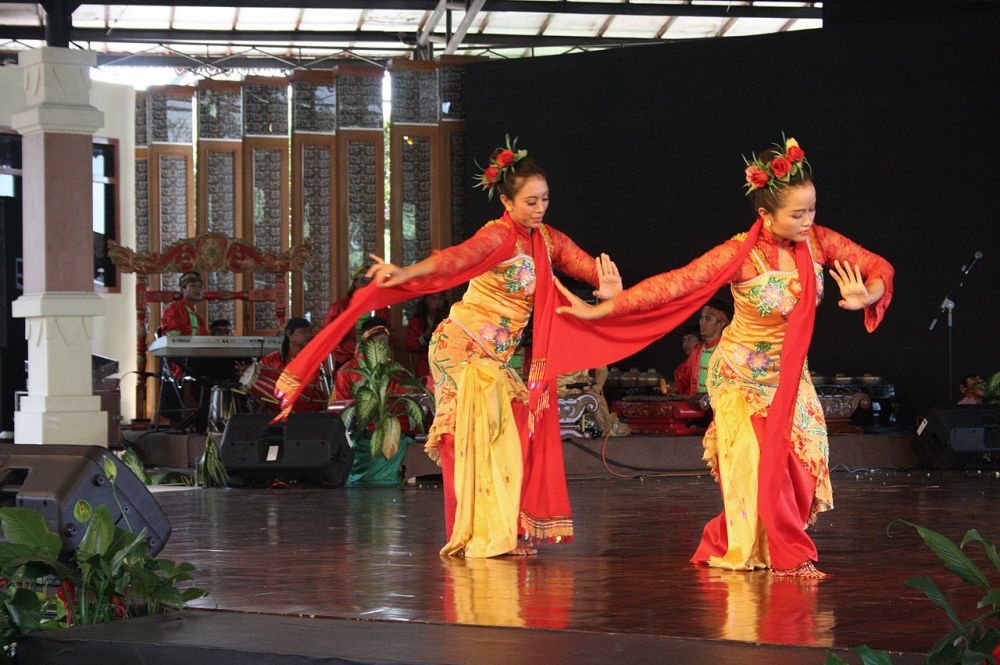 Jaipongan is a Sundanese signature folk dance created by artist Gugum Gumbira in 1974 based on traditional Sundanese Ketuk Tilu music and Pencak Silat (traditional martial art) movements. The dance belongs to the neo-traditional genre, which was born after President Soekarno prohibited rock and roll and other western genres of entertainments in 1961. There are various kinds of Jaipongan, including Jaipongan Langit Biru and Jaipongan Bunga Tanjung. 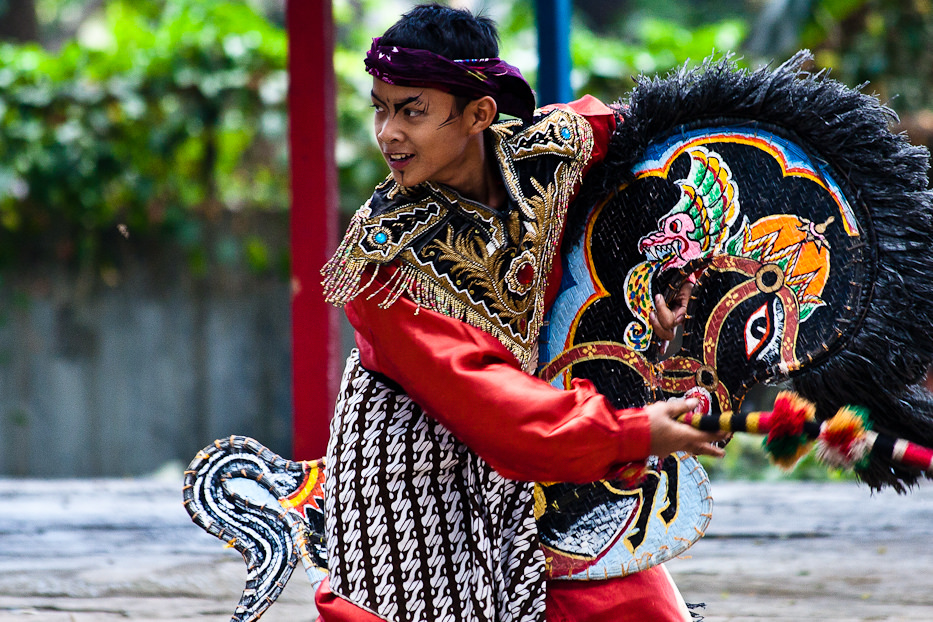 Kuda Lumping dance depicts Javanese troops riding horses made of bamboos and decorated with paints and ornaments. Sometimes, the dancers perform in a state of trance and display some extreme abilities such as eating pieces of broken glass or walking through burning charcoals. It’s originated from the prehistoric-tribal era. 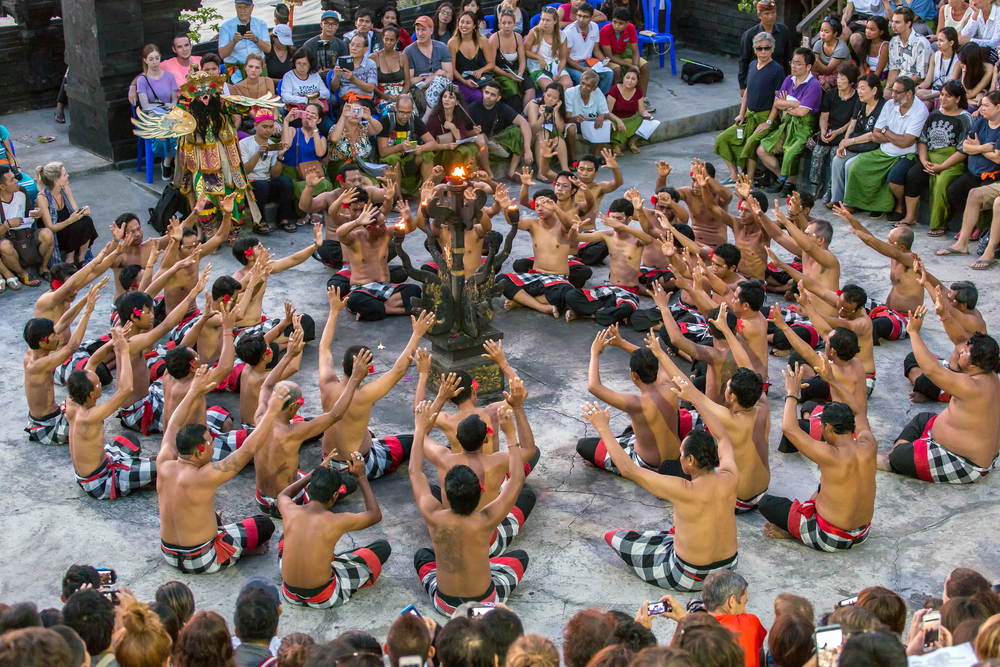 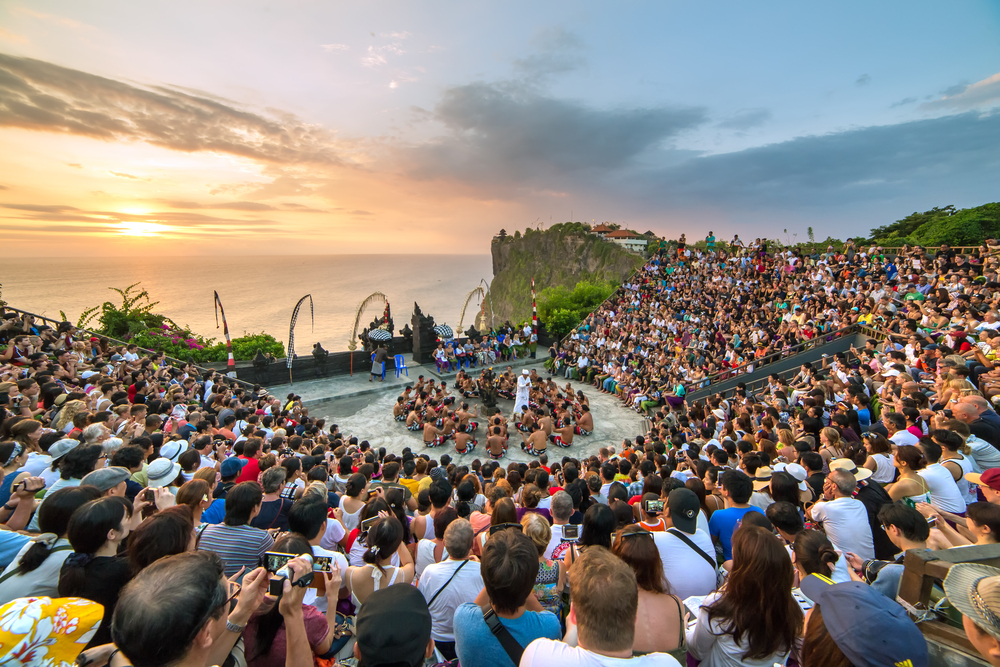 Also known as the Ramayana Monkey Chant, kecak is usually performed by 150 men wearing poleng — Balinese sacred checked cloth — around their waists. They sit in a circle, chanting “cak... cak... cak...” percussively with their hands up in the air. The dance portrays some scenes in Ramayana epic. 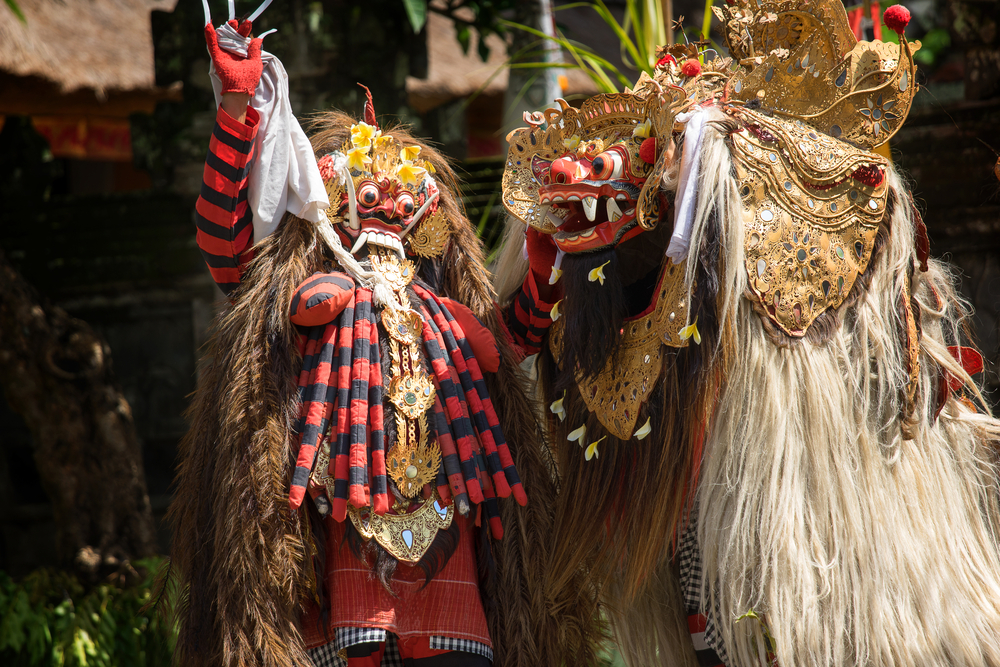 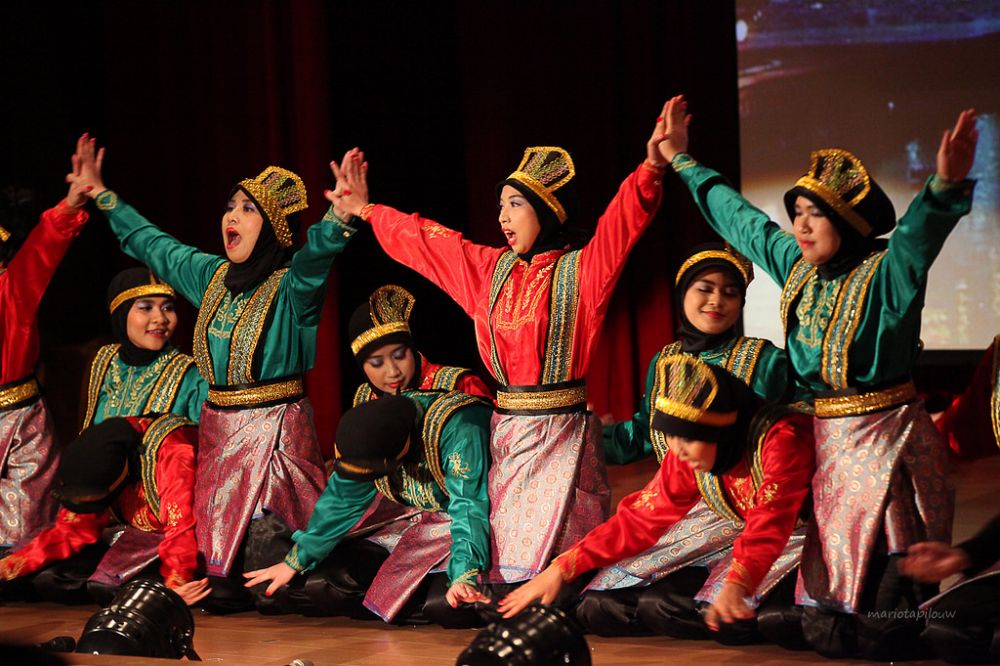 Saman is a popular dance originated from Gayo ethnic group from Gayo Lues, Aceh, Sumatera. It’s performed by dancers sitting in line, and characterized by harmonious, speedy movements of arms, head, and upper body shown by dancers. Saman is a heritage of the Islamic era.

Up Next: Momong Beach, Secret Paradise In The West Coast of Aceh