See Indonesia’s most beautiful sunrises in these five places!

Brilio.net - Wake up before dawn, do your morning rituals while waiting for the sun to rise, sounds like a successful person’s routine, doesn’t it?

Well, we all want to succeed. But there are many more immediates benefits for early risers. People say the early bird gets the worm, but in addition, they also get the first morning rays, and that can be really beautiful.

At these five celebrated tourist destinations in Indonesia, sunrise is really worth waiting for. Check them out: 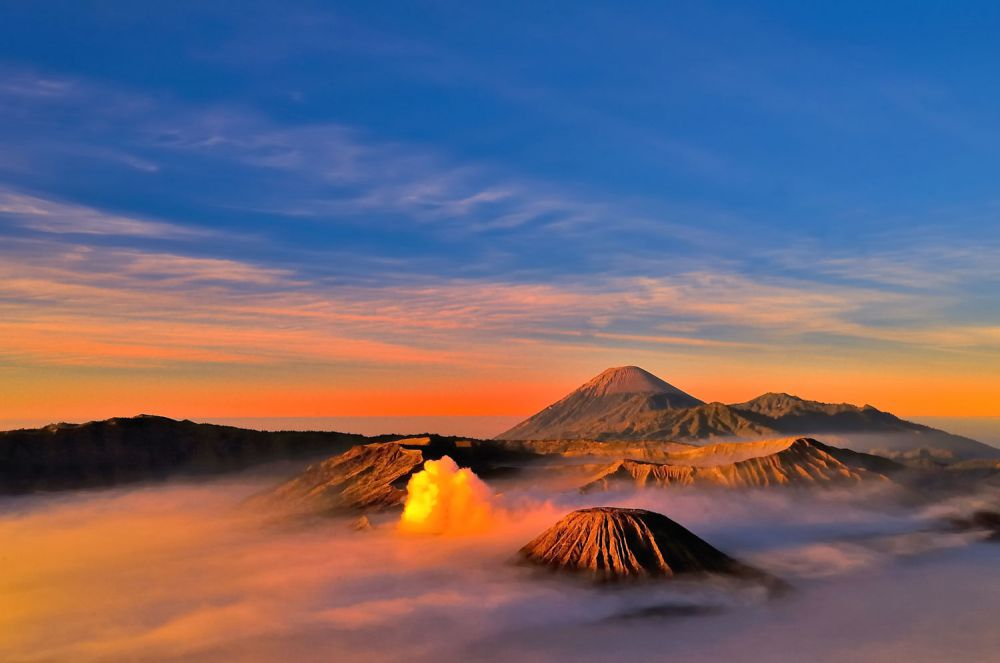 This is one of the world’s best spots to catch a perfect sunrise. The majestic panorama as the sun rises behind the dark mountain peaks is to die for! The sea of clouds spreads before you. You can reach and trek Mount Bromo from Malang, Pasuruan, and Surabaya. Sunrise behind the mists of Mount Merapi and Merbabu is very special! With morning mists lingering the majestic mountains, and the silhouette of Borobudur, the biggest Buddhist temple in the world, below you, this is one of the most unique places to watch the sun come up.

The heavenly peaks are only one hour away from Yogyakarta. People trek to reach Puthuk Setumbu before dawn to catch the sunrise, as well as the majestic Borobudur temple scenery from a different angle. 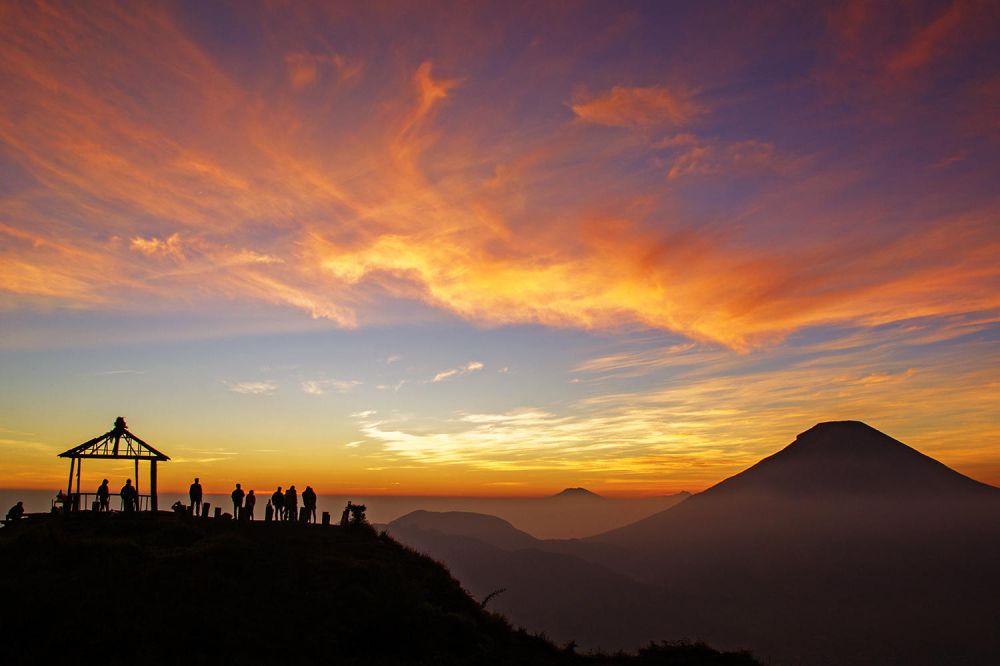 Dubbed the Land upon the Cloud, Dieng Plateau is home to many ancient temples. You can view it from Bukit Sikunir or Sikunir Valley, and the trek is quite easy even for rookies. 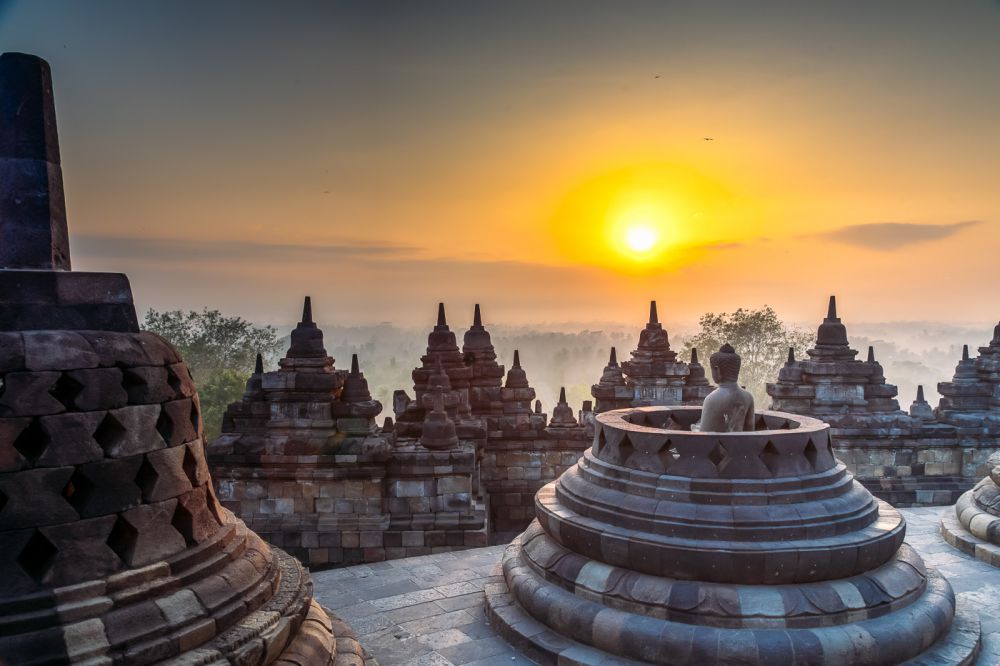 What it’s like to see the sunrise from the largest Buddhist temple on Earth? What do you think? The statues and reliefs come into focus under the dawning sky. There are many affordable packages for this experience

Borobudur temple is only an hour away from the city of Yogyakarta. 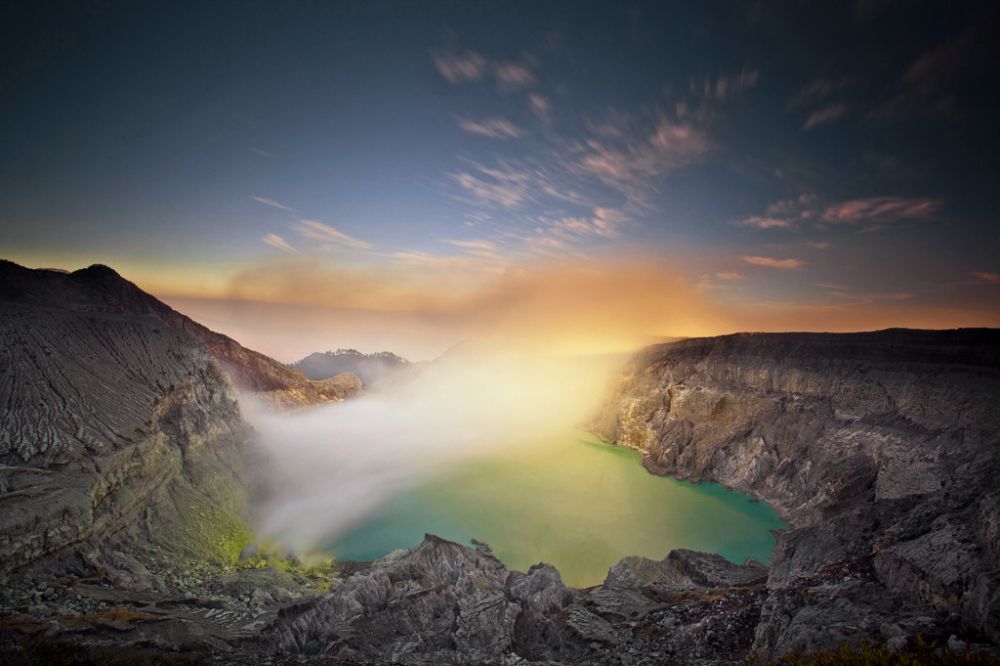 You have to walk the final three kilometres to reach Ijen Crater, but once you get there, you’ll feel like staying there forever. You’ll see an exceptional sunrise like no other. Above the crater, the sun rises, illuminating the horizon, and with the natural Blue Flame which makes the geologically-active Ijen rise to fame, its a setting unlike any you've been in before.

The Blue Flame is a rare natural phenomenon that's only happening in two places on Earth. Besides Ijen, you only can see the flame in Iceland.

Up Next: These 10 bubble bedrooms will blow your mind