The ‘game’ shows us the real power of your mind, how it can control your whole body to move or react.

Brilio.net - If you have acrophobia, the fear of heights, you might think twice about going on the latest trending show. Bandai Namco Entertainment Inc., the famous Japanese video game publisher, is exhibiting their latest creations in VR Zone: Project I Can, a virtual reality expo center in Tokyo, opening April 15, 2016.

One of the games exhibited, Fear of Heights Show, has what it seems to be a really simple task but does not unfold so easily. The game requires you to rescue a helpless small stuffed kitten toy on a wooden plank at the other end, placed just on the floor. It might look like a piece of cake or even silly, but wait until you try it yourself.

Through the HTC Vive virtual reality headsets the view is totally different than what you saw without the gadget. Virtually you are inside an elevator that is going to the 60th stories of a high-rise building. When the lift door opens, there is a kitten at the end of the plank, 200 meters above ground, and is about to fall anytime unless you get to rescue it.

You might now think differently about how Trix is feeling in the Divergent series with all the mind-bending VR gets into her mind, don’t you? The ‘game’ shows us the real power of your mind, how it can control your whole body to move or react, although you know it’s all just tricks on your mind. During the show you can also see technicians around observing, and an officer that is really working to keep participants from falling over. Still, your mind will obey the deceptions once you put the virtual reality headset.

While for some people this is a cool game to play, for those who suffer acrophobia, the game could also offer a potential curative therapy. In the USA, virtual reality is already used to treat phobias, from fear of public speaking to fear of public spaces, amongst many others. A world’s first virtual reality group therapy already exists. The group meets with simulated faces in a virtual room in the Internet. 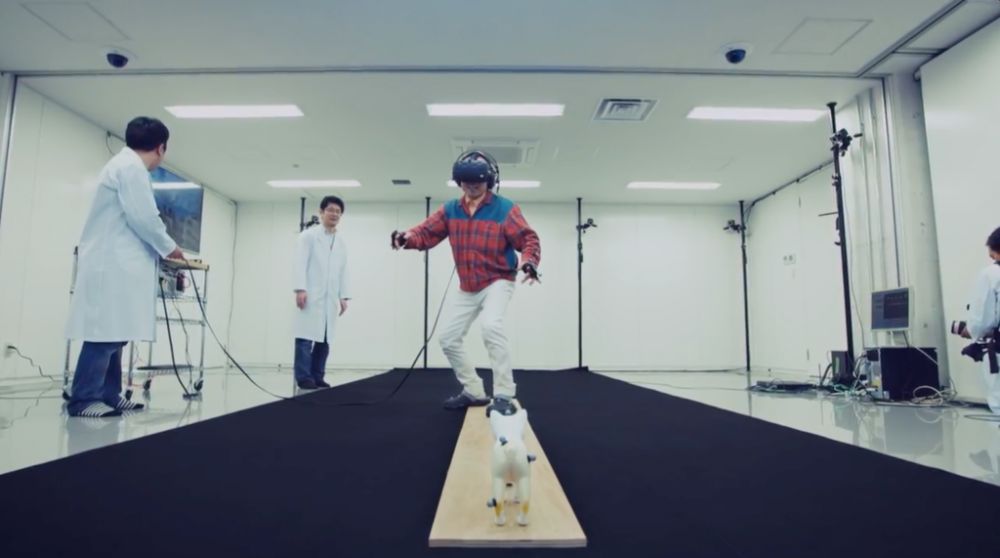 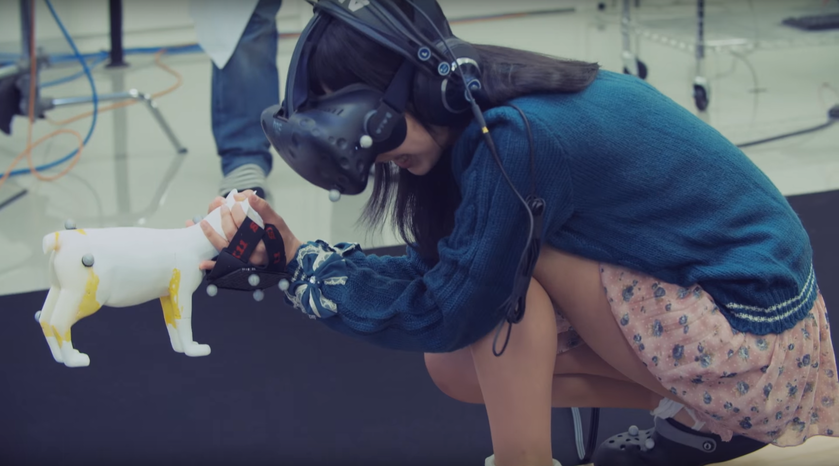 "We tell them to stay in the situation no matter how anxious they get, until the anxiety naturally declines," said the psychologist Dr. Barbara O. Rothbaum of Emory University in Atlanta. She has done a study on other patients in different project in the USA. "It usually takes 20 to 40 minutes at each level. The problem with phobic people is that they always leave as soon as they get anxious, so they never undergo emotional relearning."

Jaron Lanier, a pioneer in the field, said that treatment for phobias was among the first therapeutic uses of virtual reality, "Quite early in our development, we custom made a virtual reality world for a very wealthy man who was afraid of heights.”

It is most certain that Bandai Namco isn’t just releasing cool game arcades for fun but also healing treatment for phobia sufferers. Along with Fear of Heights Show, 5 other Virtual Reality games are also going to be exhibited in the upcoming expo, which are:

Real Drive: High speed driving is allowed on a circuit!

Escape Ward Omega: A survival horror scenario set in an abandoned hospital, if you’re a thriller movie lover and want something more frightening for your adrenaline kick.

Train Meister: Play as a train engineer operating on Japan's Yamanote Line. You definitely must have punctuality.

Argyle Shift: You and a young lady co-pilot will control a giant robot battling other giant robots. Probably feels like something from the Pacific Rim movie?

Up Next: 10 Movies that will give you a glimpse into Indonesian cinematography