This Islamic Boarding School Educates Students To Keep Off Radicalism

One good step at a time.

Brilio.net - There is something different about the Darusy Syifa' Islamic Boarding Schools, or pesantren, in Sei Mencirim, North Sumatra. At a time when such establishments are often too associated with extrimist teachings and radicalization, this boarding school was built on with a focus on rehabilitating and deradicalization, especially for relatives of extremists.

Inaugurated by North Sumatra Governor H. Tengku Erry Nuradi last June, it claims to be the only pesantren in Indonesia with this vision, and while construction is currently at 20 percent, the learning process has been running in full speed.

Here's the boarding school's banner at the entrance. 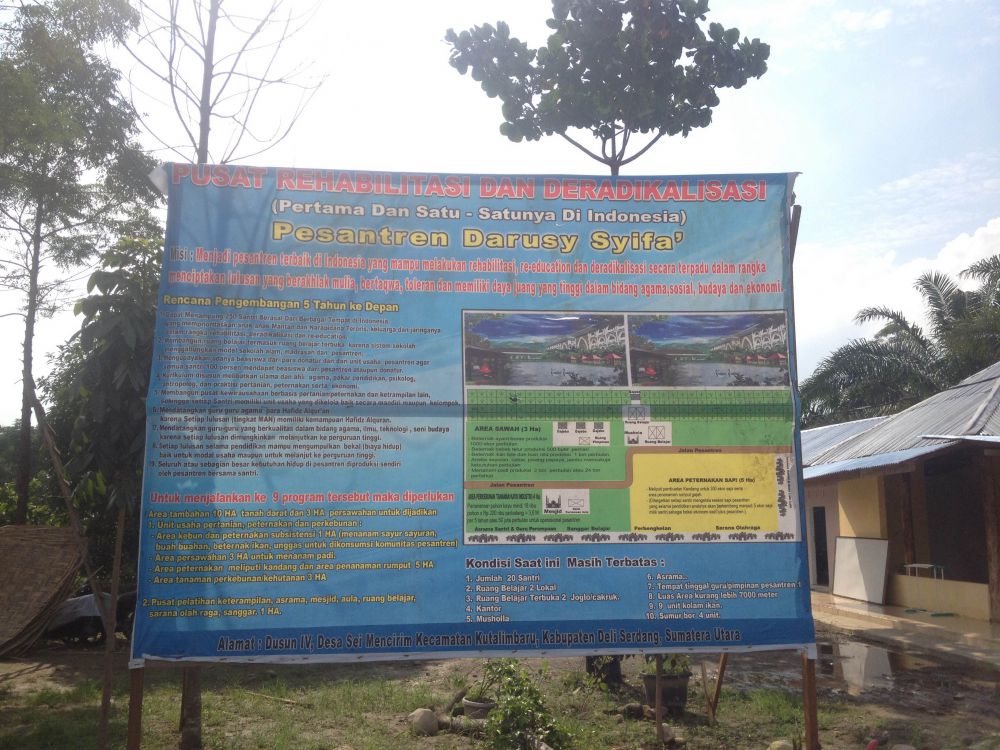 The school was founded by Khairul Ghazali, an ex-convict for terrorism in Medan, where he was imprisoned for six years. It was during this time that he realized what he was doing was not the right path to practice his religious beliefs and he was inspired to build a pesantren that would help break the chain of terrorism.

“I built this pesantren because I don’t want children of terrorists or ex-terrorists to fall into the same hole" he says. "As after their parents or family have been caught by the police, the country just leaves them alone. That’s why I chose [to focus on] these kids as they have high potentials to become terrorists. I want to break the chain so they will not fall like their parents did.” Khairul Ghazali said.

One of the the Pesantren Darusy Syifa's buildings for students’ activity. 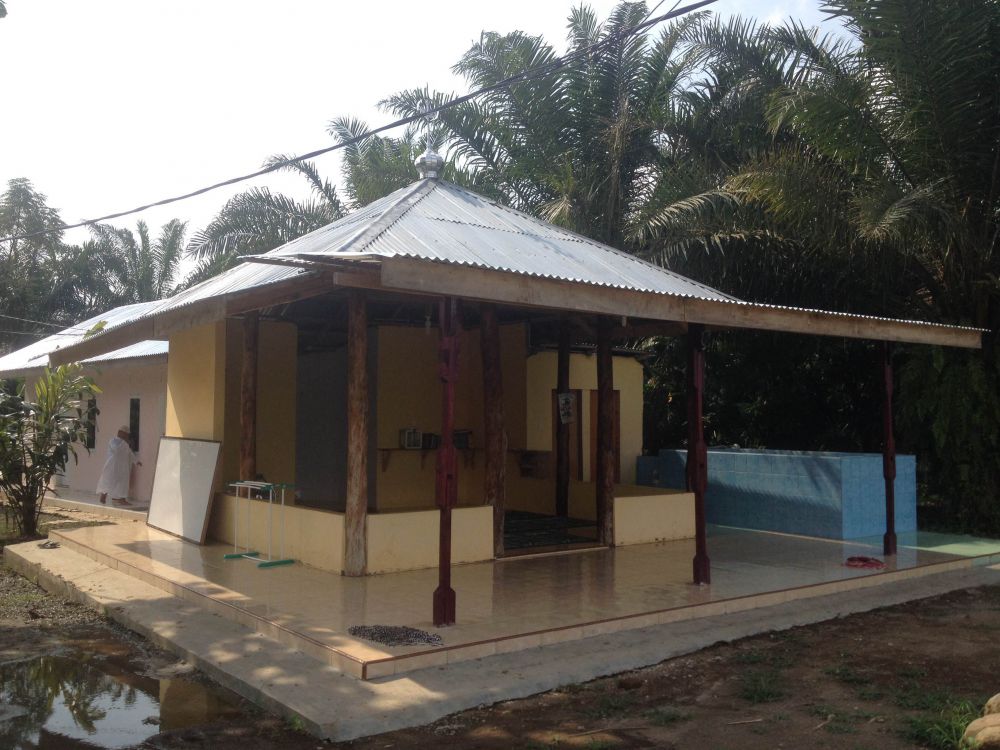 Students are not charged to attend the boarding school and after graduation, they are allowed to bring the livestock they have taken care of during their stay with them.

“Because some students have fathers who have been shot to death, some have their fathers in prison, and of course it puts them in a difficult economic situation. So we don't take any money from them at all," he continued.

Lessons are not always indoors but occasionally held also outdoors. For their daily needs, Khairul Ghazali uses natural resources from around the school. They also apply the concept of nature school where students do not only learn about theology but also farming and fish farming.

It currently hosts 20 students and the government supports their cause by providing 30 hectares of land on which the school operates.