They deeply disrupted the flow of traffic and sparked a handful of wild scenes that caught the attention of many.

Brilio.net - To those of you have ride-hailing apps such as Uber and Grab on your mobile devices; I’m sure you love hitching rides with them. The highly efficient and cost-effective system or mobile ride apps have been the key factors behind customer satisfaction and loyalty.

On the flip side, not everyone is happy with their existence. The vast majority of those people are taxi drivers. Since the introduction of these ride-hailing apps, taxi drivers have lost out heavily in their business. For the second time this month, they publicized their anger. Earlier today, at least 10,000 of them, including three-wheeled ‘bajaj’ and public van drivers, protested on the streets of Jakarta. They deeply disrupted the flow of traffic and sparked a handful of wild scenes that caught the attention of many.

The motive of the protestors is simple: for the government to ban the ride-hailing apps. It’s not just about the competition. They are also frustrated at the fact that they do not bear the same costs and regulations as Uber drivers do. For example, while taxi drivers must pay taxes at the end of each fiscal year, Uber drivers don’t need to because their cars are privately owned. This isn’t just the case in Indonesia, but in many other countries where these ride-hailing apps have been thriving in as well, such as Brazil, China and France.

Despite the protests, it’s business as usual for the ride-hailing apps. The Communications Minister has approved them as legitimate, and has urged them to apply for permits to operate in the country. President Joko Widodo backed him by claiming that “new technology should be embraced and not banned.”

More often than not, protestors steal the headlines. Below are some shocking scenes on what turned out to be a highly disruptive day in Jakarta. 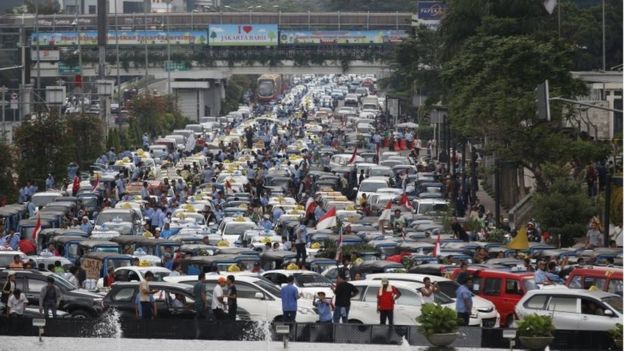 Taxis merge together during the protests, causing major road blockages/bbc.co.uk 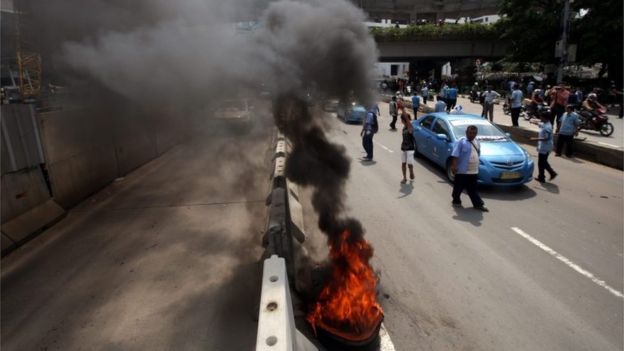 Protestors burn tyres by the side of a road/bbc.co.uk 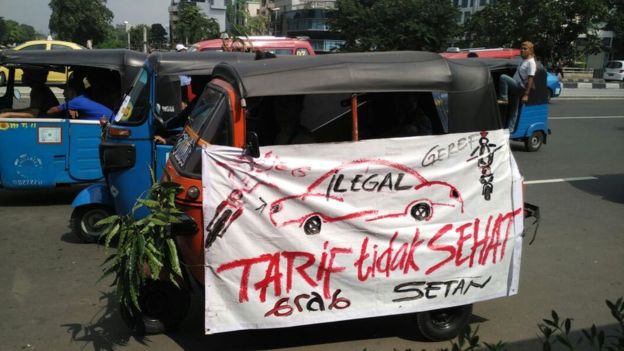 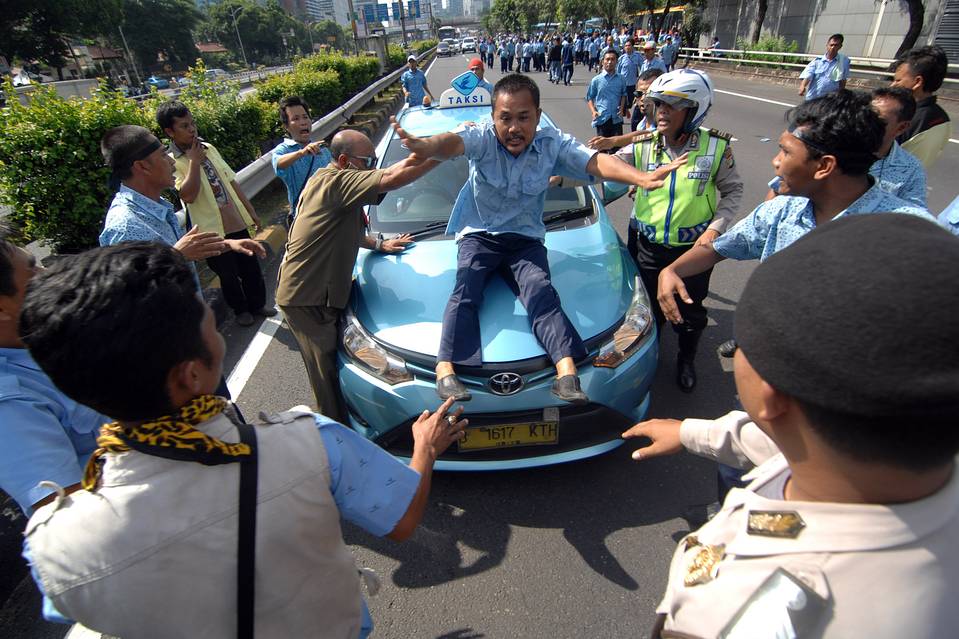 A taxi driver proudly does his part to protest while being approached by policemen/channelnewsasia.com 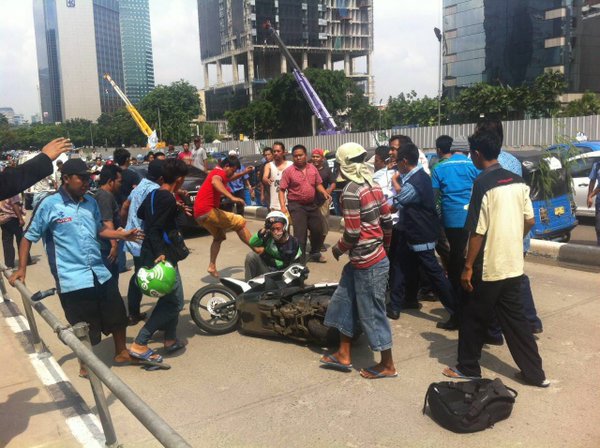 An innocent Gojek driver gets beaten up in the middle of the road/twitter.com 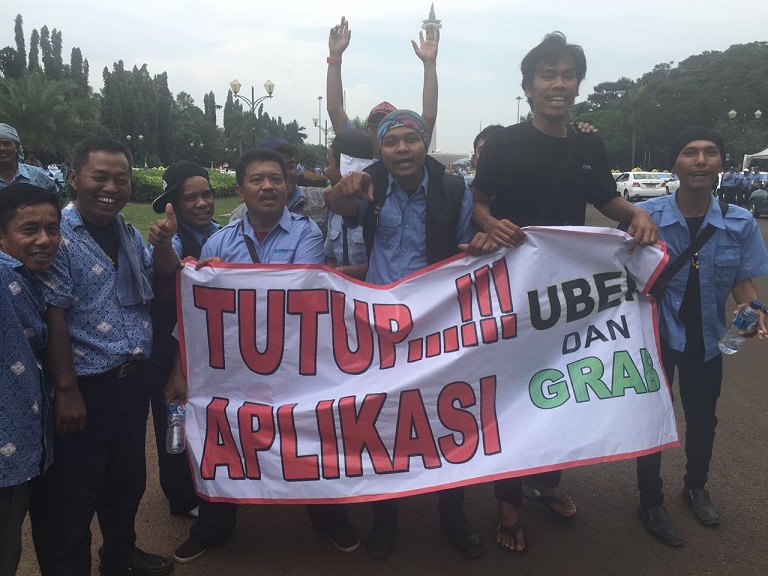 Taxi drivers hold up a banner which reads: “Close!! Application Uber and Grab.”/channelnewsasia.com

Up Next: Pope takes internet by storm with one million followers in 12 hours