Brilio.net - The territorial dispute over the South China Sea — or as the Philippines calls it, the West Philippine Sea — reached a crescendo earlier this month, when a UN-backed tribunal declared the Philippines the area’s rightful controller. The ocean, which occupies more than 3.5 million square kilometers, is home to resource-rich small islands, delicate coral reef ecosystems, and strategic trade routes.

The area is also surrounded by six nations — China, the Philippines, Taiwan, Vietnam, Malaysia, and Brunei — all of whom seem to claim different territorial rights over different sections of the sea. 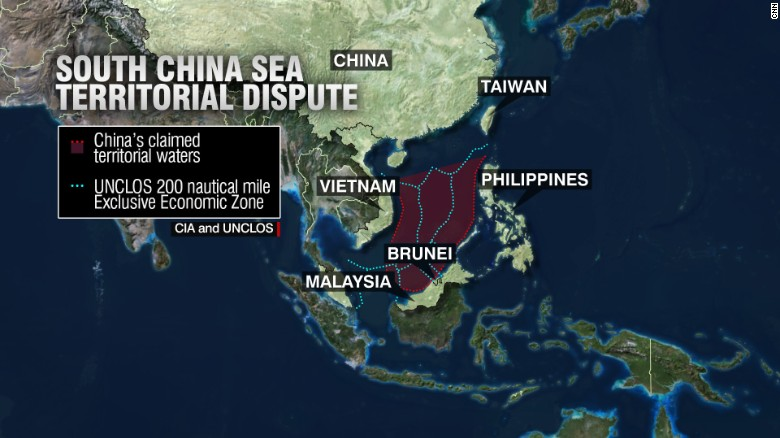 China claims it has the right to more than the 90 percent of the area, including the Spratly Islands, Scarborough Shoal, and Paracel Island. These claims are based on the country’s vaguely defined “nine-dash-line,” a demarcation boundary which signifies the area China thinks it should be able to squat over.

Many see China as the bully in this diplomatic conundrum. The nation has been building man-made islands in the area over several years, and allegedly establishing military bases. These activities have raised tensions between China and its neighboring countries in ASEAN. Fishermen from the Philippines have even been chased out of the area by Chinese warships (the nation’s version of Clint Eastwood snarling, “Get off my lawn!”). Protesters in the Philippines urge China to leave their sea alone. (Image via Asian Correspondent)

In January 2013, the Philippines took the matter into a UN tribunal, under the auspices of the UN Convention on the Laws of the Sea. Three years later, in July of 2016, the UN has now stated that China indeed violated the Philippines' sovereign rights to the water, announcing what seems to be a decisive win for the Southeast Asian country.

The ruling is understandable. According to the tribunal, China has no rights to the area as an Exclusive Economic Zone (which spans 200 nautical miles from the base of the country). The primary reason is that their man-made islands do not fit the bill for what would constitute an “economic zone.” China’s activities such as interfering with fishing and oil explorations, constructing artificial islands for military purposes, and letting Chinese fishermen into the area have now been deemed an official breach of the Philippines' sovereign rights.

The ruling also says China severely harmed the coral around their artificial islands and killed endangered marine animals. This means it violated its obligation to protect the natural ecosystems of the area.

Regardless, the victory for the Philippines seems to be a ceremonial one, and may not see much follow through in the short term. The smaller country seemingly does not have the power to enforce its victory. China is ignoring the tribunal’s ruling like a kid that doesn’t want to be sent to bed without dinner, saying it would never stop the construction on Spratly Islands halfway. Bombers, fighters, and other aircraft were also sent to patrol the Scarborough Shoal. 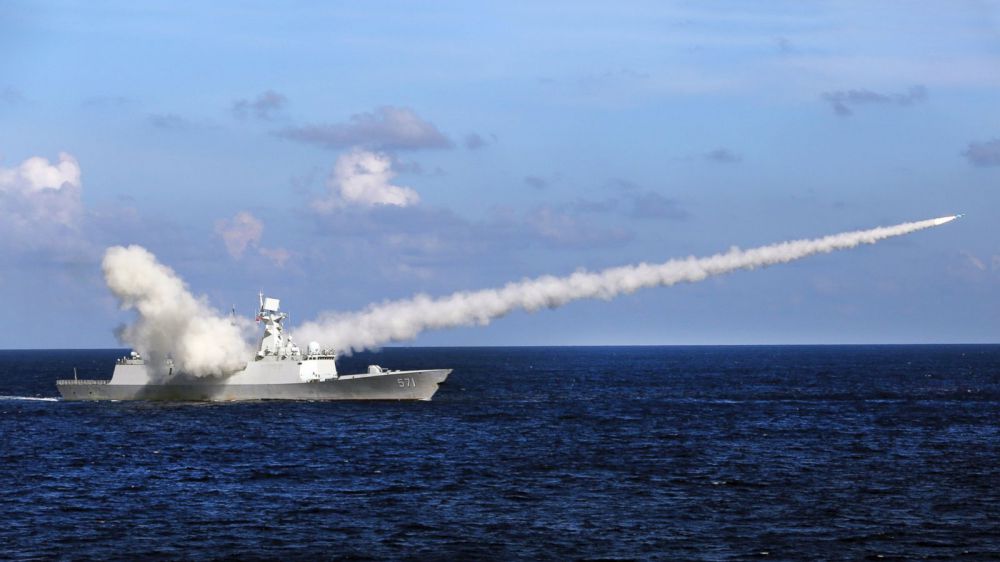 China is closing a part of South China Sea for military exercises, one of the ships can be seen firing anti-ship missiles. (Image via ABC News)

The game of diplomacy has begun. Australia, America, and Japan are urging China to respect the ruling. As China still refuses, it asked neighboring ASEAN countries not to issue a joint statement on the ruling (China: “C’mon guys, it’ll be like the sea is all of ours, but we’ll just keep it at my house”). The Philippines, on the other hand, wants to approach the matter strategically, and send former president Fidel Rmaos to China for negotiations.

What makes the issue more controversial is Beijing’s latest remarks about the tribunal judges. One Chinese official claims the judges was influenced by money.

Up Next: Go-jek drivers go to Mecca in their green jackets!