The ‘honor killing’ has shocked the world.

Waseem was motivated by his sister’s reputation online for posting raunchy photographs, comments and videos, which sparked both fervent supporters and detractors in the conservative Islamic country. The 26-year-old Qandeel was a model, actress, activist, singer, television personality who liked to post daring poses and spoke for women’s empowerment in a patriarchal society struggling with modernity.

Waseem, 25, was arrested in Dera Ghazi Khan, about 130 kilometers from Multan, on Saturday night. He confessed to the murder in a video, saying he drugged and strangled his sister at their family home in Kot Addu.

"She wasn't aware I was killing her. I gave her a tablet and then strangled her,” Waseem said, as quoted from Dawn newspaper.

Even after his capture Waseem showed no remorse. "I am not ashamed. We are Baloch and as Baloch we cannot tolerate [this]". He pointed to videos his sister had made, especially the controversial images she had taken alongside a Muslim cleric, Mufti Abdul Qavi. 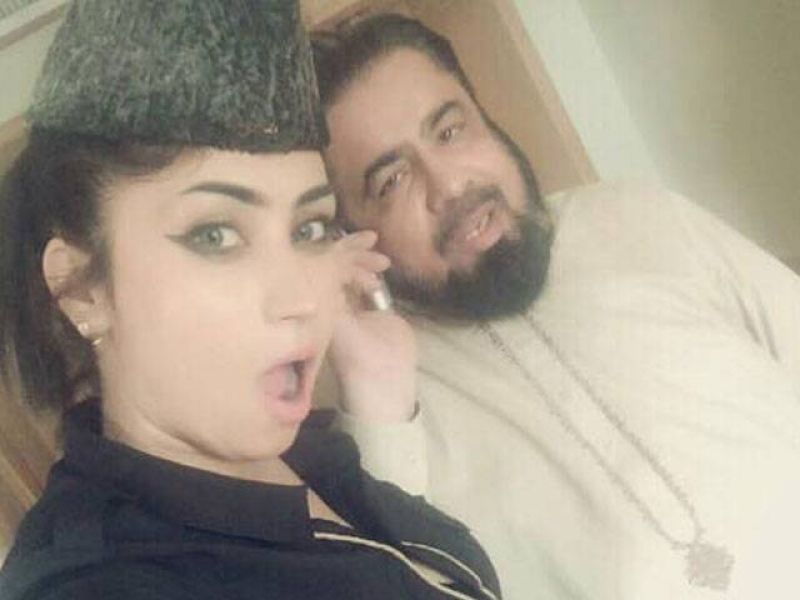 According to Multan chief of police Azhar Akram, Waseem escaped to Dera Ghazi Khan with two friends after he killed Qandeel in the Karimabad area of Multan city, Punjab province, in the early hours of Saturday. Police are still searching for the two friends.

"She supported all of us, including my son who killed her," Qandeel’s father Mohammad Azeem told Dawn. It was the father that reported Qandeel’s murder to police, telling officers that another brother was complicit in the killing. He says he was afraid to collect his daughter’s body for burial, fearing that his son might visit further harm on the family.

The late Qandeel Baloch was buried on Sunday morning in her ancestral graveyard at a village near Dera Ghazi Khan. The cleric Mufti Qavi, who said he had forgiven Baloch for her past controversies, offered to lead the funeral prayers. He told CNN "her death should be a lesson for all those who point fingers at someone's honor."

The BBC reported that thousands of people were seen attended the services, including rights campaigners.

Qandeel “blew up” in 2014 when she posted a video of her pouting at the camera asking “How em looking?”. It went viral.

From then she gathered a huge fan base, amassing 43,000 Twitter followers and almost 750,000 likes to her Facebook page. As she ruffled feathers with conservative elements of society, she became a cultural icon to many young people for her liberal views.

"She wasn't rich," said Madiha Tahir, the co-founder of the feminist magazine Tanqeed. "She was a working class woman who dared to be exactly herself." Tahir affirmed that Qandeel's death was not due to a matter of honor but due to the "pervasive misogyny" of Pakistani society.

Life has taught me lessons in a early age...My Journey from a girl to a SELF DEPENDENT WOMEN was not easy.#Qandeel pic.twitter.com/Mwyn4UC32z

Some of Qandeel Baloch’s final tweets before her murder

Qandeel was well aware of the opposition she faced but she was a tough woman. On thursday she tweeted: "I will not give up. I will reach for my goal & absolutely nothing will stop me.”

In a recent interview she was bitterly critical of Pakistan's patriarchal society and described herself as a leading exponent of girl power. Her support for women’s power made her the target of frequent misogynist abuse online. In another post, Baloch referred to herself as a "modern day feminist."

Hassan Choudary, digital editor at Express Tribune Life & Style, told CNN he had spoken to Baloch on the phone just few days ago, saying she was sobbing and "feared for her life." Police confirmed that Qandeel had gone to Punjab from Karachi because of the threat to her security. She had requested better protection but her pleas to the government were ignored by the interior minister and senior officials.

Qandeel was often compared to Kim Kardashian, especially for their similar provocative selfies, pursuit of celebrity and controversial rise to notoriety.

Like Kardashian, Qandeel tightly controlled her narrative in the media. She shared little about her personal life and was something of an enigma; nobody really knew which city she was based in. Days before her murder, local media reported that Qandeel Baloch was married at 17 and left her husband about a year later. After the reports were published, she confirmed that her legal name was Fouzia Azeem and that she had been using an alias for safety reasons.

On the morning she was murdered, Qandeel had shared a picture of herself staring defiantly into the camera, wearing a pair of leopard print pants and a black tank top. She had written that she was a fighter. "I will bounce back," she said, adding she wanted to inspire women who have been "treated badly and dominated by society."

Hundreds of women are murdered every year in Pakistan in so-called honor killings. After Qandeel’s death, some hailed it as "good news" and even praised her killer. Others said it was wrong to condone her murder, even if she was “flawed”. Some showed outright support, as quoted from BBC.

In life she inspired young women in Pakistan, and in her death she is inspiring the world.

Up Next: How is Martunis doing? 6 Facts about the grown-­up tsunami survivor