#SaveFidelis: Freedom For The Man Growing Weed For Sick Wife!

Fidelis grew marijuana to cure his wife and was sent to jail only to know that she passed away days after his arrest.

Support is flooding for Fidelis Aries Sudewarto, the man who was jailed for growing marijuana to cure his sick wife, Yeni Riawati.

Many people believe Fidelis is innocent and he grew the marijuana in the name of love to save his wife who suffered from syringomyelia.

Fidelis claimed that the marijuana could make his wife better. She was able to speak clearly, have her wounds cured, sleep well, eat and drink without throwing up.

Unfortunately, his wife passed away 32 days after National Narcotics Agency (BNN) arrested Fidelis for the deed.

Support from people who believe Fidelis is innocent are coming as people urge the prosecutors to set him free.

"We invite you to support Fidelis before the court ruling! :) Take a picture of you with hashtag #SaveFidelis" LBH Masyarakat tweeted.

Prison Is Not The Solution

LBH Masyarakat explains that there are three different terminologies on narcotics users based on the state’s Law No. 35/2009 on Narcotics: Addict, Victim of the Abuser and Abuser.

For Addicts and Victims of the Abuser, they will be sent to rehabilitation center.

Meanwhile, the maximum 4 years of imprisonment is set for Abuser; people who try drugs for the first time; people who sometimes consume drugs and do not have indication of being addicted; and people who use narcotics for medical reason without doctors’ prescription. 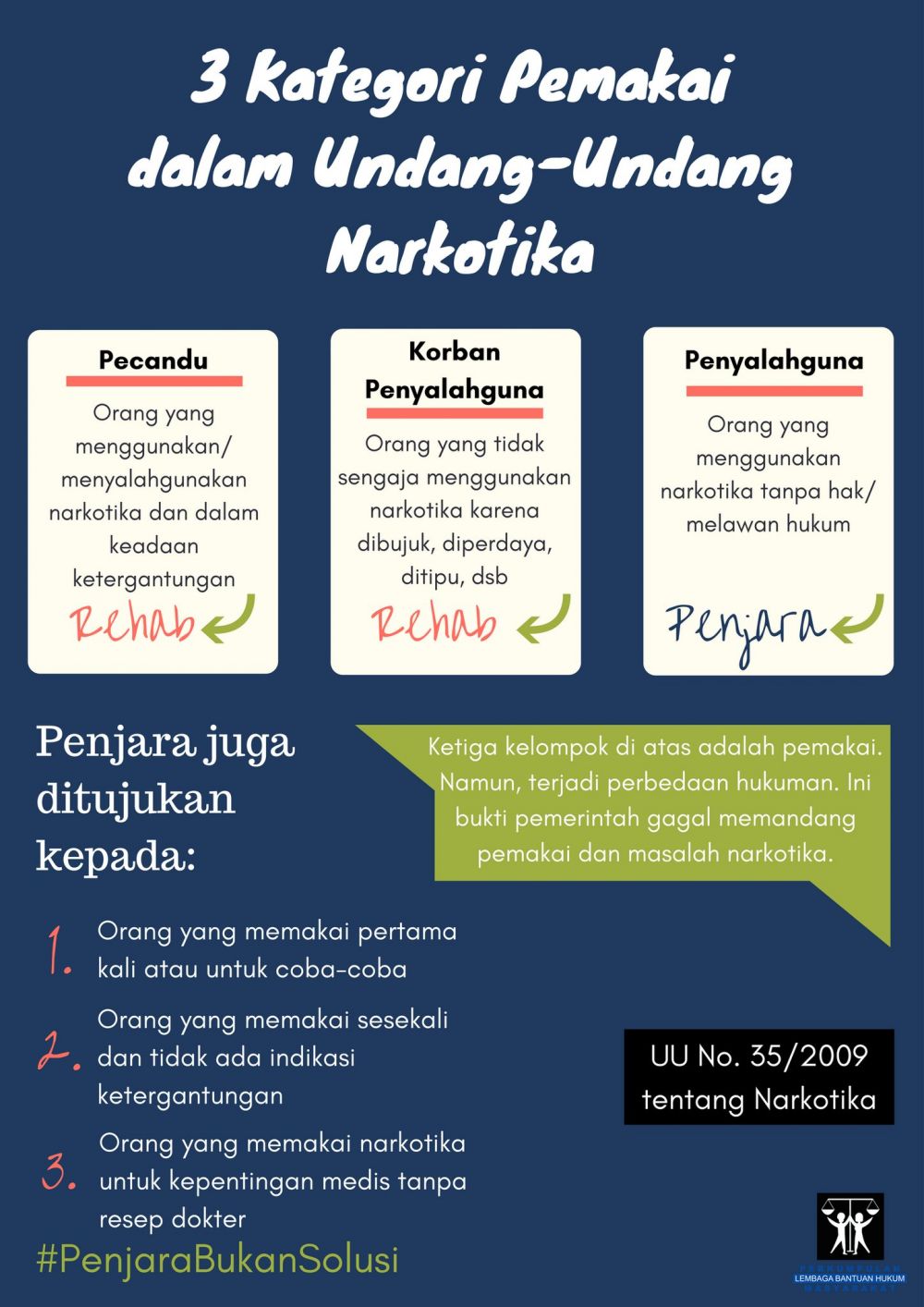 Based on the explanation above, Fidelis’ case might legally lead him to be sent to prison as Indonesia doesn't recognize the use of medical marijuana. On July 12, he was sent to jail for 5 months.

On his self-defense trial memorandum, Fidelis wrote an explanation saying that his intention was only to cure his wife. Many people reportedly walked out since they could not hold their tears when he was reading his heart-breaking memorandum.

The note triggered flowing support from people who believe Fidelis grew the marijuana without intention to break the law, but to save his wife.

People have also started questioning the judges' wisdom in dealing with the case.

"Since tomorrow on August 2, 2017 is the reading of Fidelis' verdict. We're gonna see whether or not love is still here. #SaveFidelis" said @maidina__

"The court also shall consider justice and humanity #SaveFidelis" - @masdudz

"We don't see any intention to abuse [marijuana] done by Fidelis. It's all only because of his love to his wife. Set Fidelis free for his kids. #saveFidelis" - @SuburBur

"If only we can follow Chile, Fidelis does not need to lose his wife and Indonesia can develop it as treatment. #saveFidelis #TerapiGanja." - @suryosumpeno

Fidelis is awaiting for his fate as the judge is set to read his sentence tomorrow.

Up Next: Three More Years In Prison For Dangdut Singer Saipul Jamil