Mauritian fat farms: When being so obese means beautiful

Traditionally this meant that women would go into the desert and be force fed camels milk due to its high fat content.

This isn’t all too uncommon in Mauritania, where fat farms are a common occurrence. To attain the beauty standards of voluptuous curves, women undergo the practice of gavage, or fattening up. Traditionally this meant that women would go into the desert and be force fed camels milk due to its high fat content. Many young girls are still forced to practice this inhuman treatment, sometime even for up to three months. A diet of more than 16,000 calories per day (where 2,500 would suffice) should not be the standard to prepare these young women for marriage. 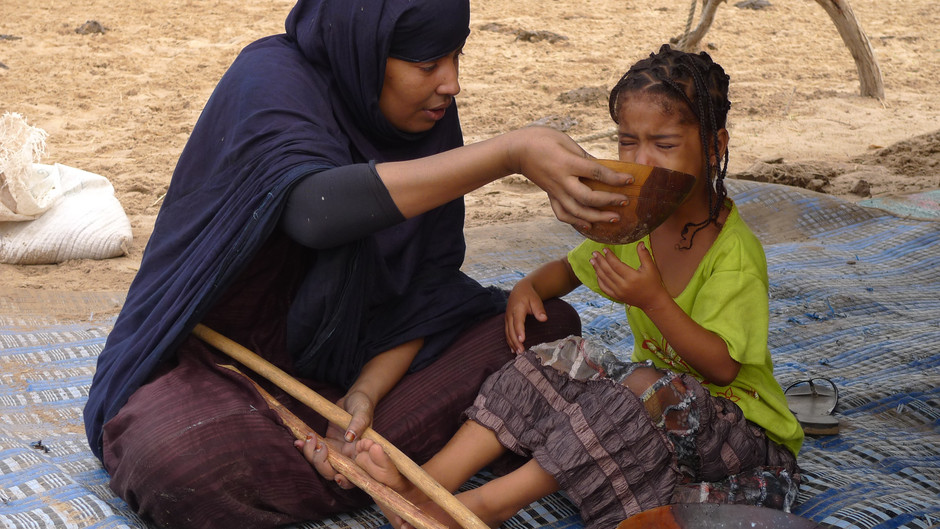 While the practice has stopped in the early 2000s, political turmoil and unrest caused a revival in the traditional ritual that sees girls as young as 7 sent to the desert and force fed like geese farmed for foie gras.

"The stomach flab should cascade, the thighs should overlap, and the neck should have thick ripples of fat," says Elhacen. The ultimate sign of beauty, however, is silvery stretch marks on the arms. "Parents will give me a bonus if a girl develops stretch marks,” says Aminetou Mint Elhacen, 50, a woman who runs a fat camp in the middle of the Sahara desert

Yet in a busy world, women are not able to take the necessary time off and therefore are using pills designed for birds to gain weight. This doesn’t always have the desired effect, as it leaves the women heavy in the stomach, chest and face yet leaves their arms and legs frail. “The person looks more like a seal than a human being,” is what Aminetou Mint Ely, a member of the Association of Women Head of Households told VICE. Animal growth hormones have become the most sought after drug on the black market, but the consequences often impact the women negatively in the long run as they can not bear children after being exposed to animal medicines and often have serious heart problems.

While big is beautiful and stretch marks are sexy, the women in Mauritania are undergoing extreme methods to attain the standards of beauty, risking their health on the way. What will it take for them to appreciate their bodies at any size?

Up Next: Pro tips for staying healthy while travelling