Lightning strikes Europe over 40 times in one day

A chilling coincidence or is something more mysterious happening?

Brilio.net - They say lightning strikes are relatively rate, but this past Saturday more than 40 strikes hit Europe and caused some serious damage to a variety of groups in all places. It’s no curse but rather a surge of low pressure currently causing chaos in Europe.

Children playing at a popular park in Paris weren’t even safe, nor were the kids playing at the football game in Germany. In Paris’s Park Monceaus a spring storm had a birthday party hiding under a tree, where eleven people, including eight children, were struck by lightning. Six of the wounded were in serious condition and another four suffered life-threatening injuries.

In Germany, the incident was less expected as spectators noted that there were no clouds in the sky and that the strike simply hit the football field after the match at around 14:00. 30 children between the ages of 9 and 11 and three adults were taken to the hospital as a precaution. 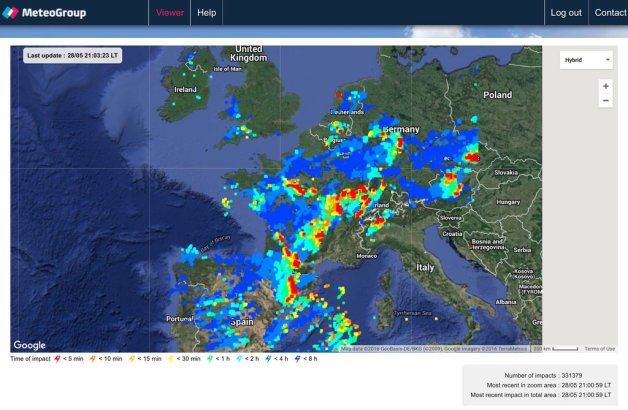 Lightning strikes are a rare occurrence, and this weekend seems some kind of eerie. In the United States for example, there have only been five lightning related deaths this year. While some of the victims were negligently working outside during the storm, others yet were just enjoying a picnic with their families.

The best thing to do in lightning storms is to find shelter indoors. Trees aren’t a good option nor are open fields and bodies of water, as electricity likes to travel through conductive objects. And it will usually strike the tallest object in its range, ergo why trees aren’t a good option to hide you from lightning. Avoiding using your phone as much as possible as telephone lines conduct electricity. If you are in a low location, like a field, make yourself as small as possible and squat as closely to the ground as you possibly can. But the key is to try to touch as little as possible of the ground as you can, ideally just your feet.

Up Next: Obama and Bourdain dining in Vietnam