After all these years, the truth is that this carpool system hasn’t resolved this ongoing traffic issue.

Brilio.net - I’m sure there are plenty of you in Jakarta who have been a part of the three-in-one system which was implemented to reduce traffic congestion in several of the city’s major routes. And there must be a handful of you who have hired jockeys who hitch-hike by the roadside to comply with the rule of three passengers in a car in exchange for a fee, unless you decide to take the bold risk by sneakily driving through the rush hour yourself. After all these years, the truth is that this carpool system hasn’t resolved this ongoing traffic issue. To make things worse, the presence of the jockey community have also backfired. In recent times, there have been severe cases of child exploitation. 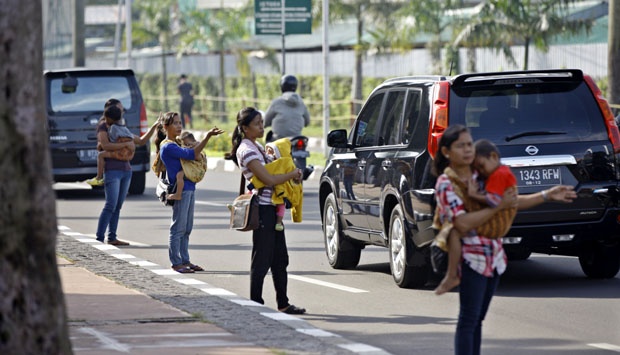 Due to the afro-mentioned problems, Jakarta’s Governer Basuki Tjahaja Purnama (Ahok) stated that “we will try having one or two weeks without three-in-one” so as to compare its effectiveness in reducing traffic. The plan will be executed from Monday, April 4th, 2016. With regard to the child exploitation issue, there are jockeys who have actually drugged their poor babies so that they stay quiet and don’t cry when they’re a part of this ‘business’. All just for the money! Unbelievable, right? Ahok responded to this matter by claiming that, “I would rather sit in traffic than endanger these children.”

While the three-in-one policy may not have posed a significant benefit for the people of the nation all these years, it may be a good idea to abandon it for the long-term. On the flip side, however, the jockeys will be bearing most of the burden. They have been taking advantage of this system for years, but now they should already be preparing to seek legal jobs. Above all, let’s hope that there will finally be a serious strategy to end traffic in Jakarta. The promising sign is that the Electronic Road Pricing (ERP) system is in the works. Sooner rather than later, something needs to be done so that Jakarta will no longer be infamous for the worst traffic in the world!

Up Next: Hollywood hero explores Mount Leuser with two other movie stars