Jakarta’s mysterious spot: what is the Pancoran Statue pointing at?

Some speculations say that it actually points to a secret place where President Soekarno buried his legendary heirloom treasure.

Brilio.net - If you ever come to Jakarta and have a chance to explore the capital city, you must have spotted some monumental landmarks in several areas.

For example, in Bundaran Hotel Indonesia (HI) you’ll see a pair of welcoming statues in the middle of a big pond, known as Patung Selamat Datang. You can also spot Patung Pembebasan Irian Barat in Lapangan Banteng, Central Jakarta, which was made in a commemoration of the Irian Barat (now Papua) liberation.

But probably the most famous of all is the Dirgantara statue, which is widely known as Patung Pancoran (or Pancoran Statue). Located in Pancoran area in South Jakarta, the giant statue is pointing to an unknown place and is standing at a height of 27 meters while its height is about 11 meters. 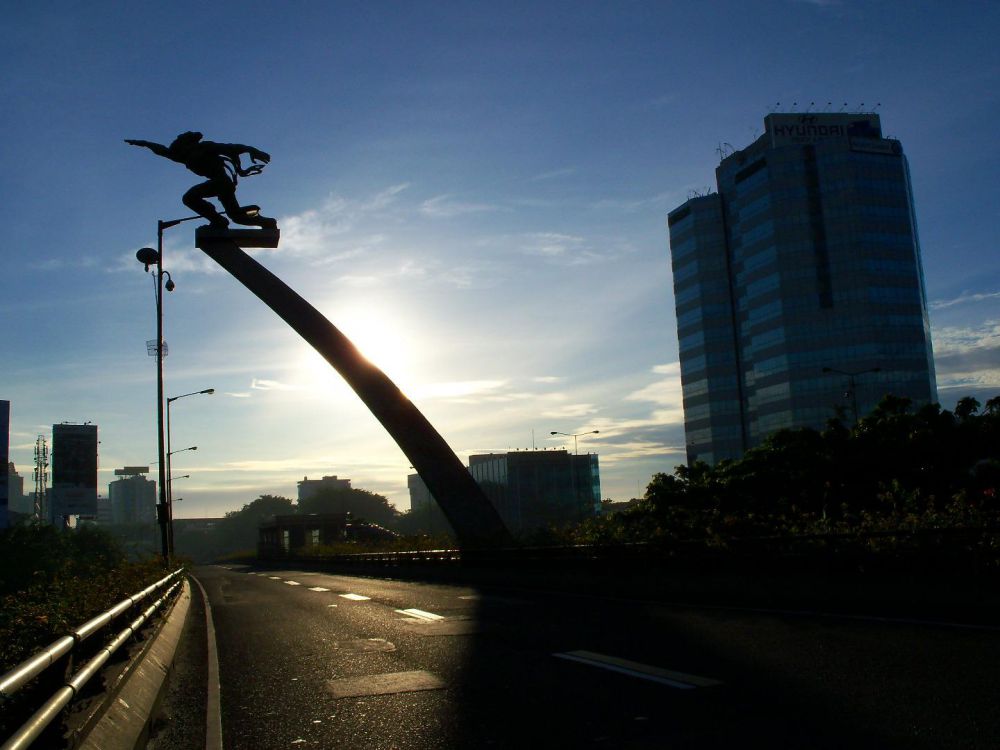 The statue was designed by Edhi Sunarso around 1964-1965 and built under the reign of President Soekarno with Ir. Sutami as the architect. The construction spent as much as Rp12 millions; a huge sum of money at that time.

Where is it pointing to?

The most thrilling aspect of Patung Pancoran is the lingering mystery about the unknown place it points at. Some speculations say that it actually points to a secret place where President Soekarno (a.k.a. Bung Karno) buried his legendary heirloom treasure. As rumour says, this huge amount of mysterious treasure can pay off all the states’ debts.

Besides the treasure trove rumour, a more sensible belief says that the statue is actually pointing at Sunda Kelapa Harbor, a place which was once the heart of Indonesian economic power during the colonial era.

But according to the official website of DKI Jakarta (Jakarta.go.id), Patung Pancoran’s hand is actually pointing to the north, to Kemayoran International Airport, which in the past served all domestic and international flights during the reign of President Soekarno. But the airport was relocated to its current home at Soekarno-Hatta International Airport in Cengkareng, North Jakarta. 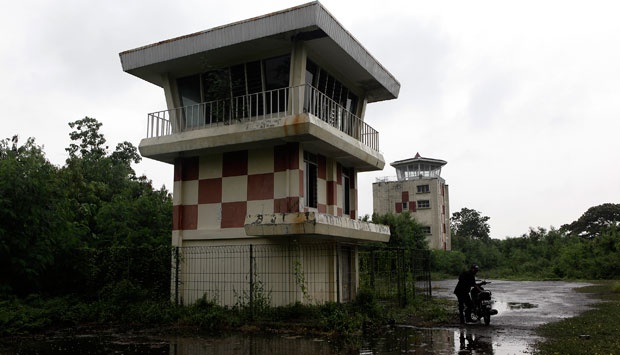 Kemayoran Airport was once featured in one of Tin Tin classic comic book, but is now closed and and has since become a highway. But the Air Traffic Control (ACT) tower remains standing yet untreated; a silent memory of the place where the main gate connected Indonesia to the whole world.

Now back to the Dirgantara or Pancoran Statue, it was actually built to appreciate Indonesia’s national power in the aerospace and aviation. The design of this statue speaks about honesty, integrity, and bravery.

So, where’s the Pancoran Statue actually pointing at? Well, this is is a mystery that will just have to remain unsolved, so don’t stress too much about the unknown. 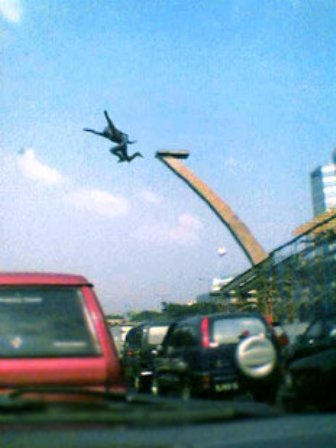 Up Next: Story of the most beautiful Indonesian starlet with a tragic ending