Prosecutors have built a strong case against Jessica, Indonesia’s infamous murder suspect who allegedly put cyanide into a friend's coffee.

Brilio.net - Enjoying a cup of coffee with a good friend is usually time well spent for most people. This was not the case, however, for Wayan Mirna Salihin, a 27-year-old woman who drank a Vietnamese iced coffee seven months ago in Grand Indonesia Mall with her friends Juwita Boon (Hani) and Jessica Wongso. The coffee, unbeknownst to Salihin, was mixed with poison. Today, Wongso stands trial in Indonesia for the murder of Salihin, accused of slipping her friend a lethal dose of cyanide.

Wongso, who is the sole suspect, saw her 12th day in court on Monday, August 15, when Antonia Ratih Anjayani, a clinical psychologist, spoke out against her as an expert witness. Based on CCTV evidence that recorded parts of the coffee date between friends, Anjayani testified that Wongso exhibited strange expressions and gestures during the recording. According to Anjayani, Wongso did not show any signs of panic as her friend began having a seizure due to cyanide ingestion.

Toxicologist and forensics expert Nursamran Subandi told the court that 1.72 grams of Natrium Cyanide is more than enough to kill a person weighing close to 60 kilograms. The witness told the court that the cyanide content of Salihin’s coffee was approximately five grams. That amount of poison would’ve been plenty to end Salihin’s life, as her blood would stop binding itself with oxygen, an internal bodily process that humans need to survive. According to Subandi, cyanide was most definitely the murder weapon.

The prosecution also brought Muhamad Nuh Al Azhar, a forensic digital expert, on the stand to testify. The witness presented the CCTV footage to the court, with special equipment used to enhance the quality of the recording. Using the enhanced footage, Azhar highlighted moments when Wongso’s hands moved from her bag to the center of the table where the coffee was located. At one point, Wongso placed the coffee next to her, moving some paper bags away from the cup. Although the evidence is not proof that she indeed put cyanide in the drink, the footage does prove to the court that some of Wongo’s previous statement were false.

State prosecutors have gathered a great deal of expert testimony and circumstantial evidence against Wongso that seemingly fit together like pieces of a puzzle. Nevertheless, defense attorney Otto Hasibuan continues to fight on her behalf, as Wongso maintains a plea of innocence. 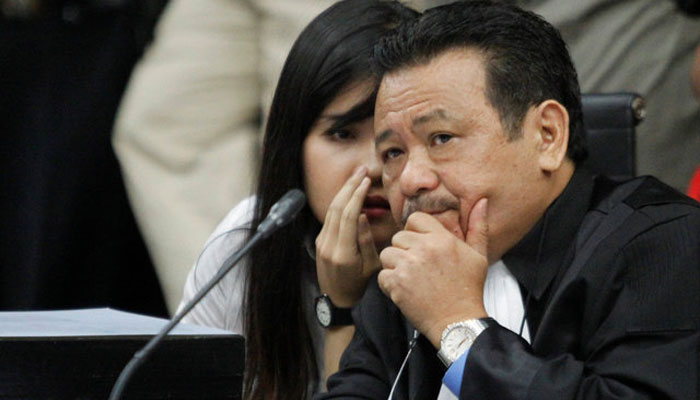 The cyanide coffee murder case has attracted a lot of media attention due to the cruel and unusually bold nature of the crime. Despite the autopsy that implicates the suspect and some damning CCTV footage, the case is still considered a “fierce fight” between state prosecutors and Wongso’s defense attorney, as the evidence is unlikely to deliver a clear-cut guilty verdict in the eyes of a jury.

The case has also been sensationalized by the local news. People in Indonesia and other countries have taken a special interest in the case. The public nature of the court hearings — coupled with widespread media attention —  makes the whole thing feel like a real-life detective novel. It all seems strangely reminiscent of the the OJ Simpson murder trial of the mid-1990s. The verdict is not yet in, so those who are following the case closely will have to wait and see how the trial unfolds.

During her 13th day in court on Thursday, August 18, 2016, Jessica Wongso’s tears dropped when Cipto Mangunkusumo Hospital (RSCM) forensic psychiatrist Natalia Widiasih Raharjanti read her medical history revealing that she was hospitalized twice after trying to kill herself following her break-up with boyfriend Patrick. Her 14th day in court is scheduled to be held on Thursday, August 25, 2016.

Up Next: This Man Shows How To Trick Bad Parking Attendants