A man who was repeatedly fired and killed earlier this month had died just as ‘he was in life’.

Brilio.net - Fernando de Jesus’s funeral was performed in a very unusual way. Instead of using a coffin for the funeral service, the family of this Puerto Rico man decided to prop up Diaz Beato’s dead body in a chair with a cigarette in hand and his eyes wide open to pay their last respect.

He’s sitting with his legs crossed and wearing his favorite clothes. The family admitted that this unusual funeral was carried out to describe him as a happy and very active person. 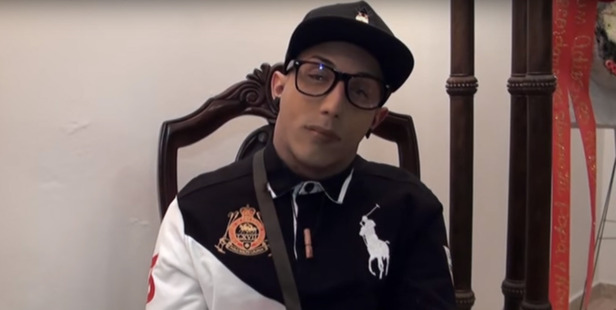 According to Daily Mail, Diaz Beato died after being shot 15 times in the Villa Carolina neighborhood of San March 3. The police stated that they have no lead on the crime.

“We didn't want to see him lying in the coffin,” sister Ihizz Diaz Beato said at the funeral.

“Everybody is really surprised because seeing him like that is like seeing him as if he were alive,” one of Diaz Beato's sisters said in a video obtained by Live Leak.

Another sister, Ihizz Diaz Beato, said: “We decided to embalm him like this because he was a very happy person, very active and we want to remember him as he was.”

The unusual funeral was organized by Marin Funeral Home, in Rio Piedras, in San Juan, offering the funeral service.

Damaris Marin, the owner of Marin Funeral Home, stated that they worked closely with the family to achieve the effect they wanted.

“This time is different because he is seated with his legs crossed, but this is the first dead man in history with his eyes open,” she said.

"We have seen that the families wish to see the dead men just as they were when they were alive. We gave [the family] a surprise by leaving the eyes of the dead man open. I think that this time was the most impressive reaction to any of the work we have done.”

Up Next: Old shipwreck tied to Vasco da Gama discovered with a rare ghost coin