The afro run kicked off before the sun was even up at Bonifacio Global City, Taguig.

Brilio.net - On June 12th 2016, The Philippines celebrated its 118th Independence Day. This year, the festivities were more memorable than ever before. Thousands of volunteers, both local and foreign, took to the streets as they ran the ‘Colors of Freedom'. The participants lived up to it in style as they covered their heads in colorful afros in what was to be the largest afro run. The icing on top of the parade was that the event also broke the record for being the biggest flag mob in Asia!

Those who took part in the race were given options on the distance that they wanted to cover, which were 3KM, 5KM or 10KM. Regardless of their choice, there was one motive for all- to be free in expressing their freedom. There were plenty of exhilarating moments as the runners showcased their enthusiasm in style. All in all, this Independence Day party was certainly one that left a mark in The Philippines’ history after their freedom from Spanish rule back in 1898. 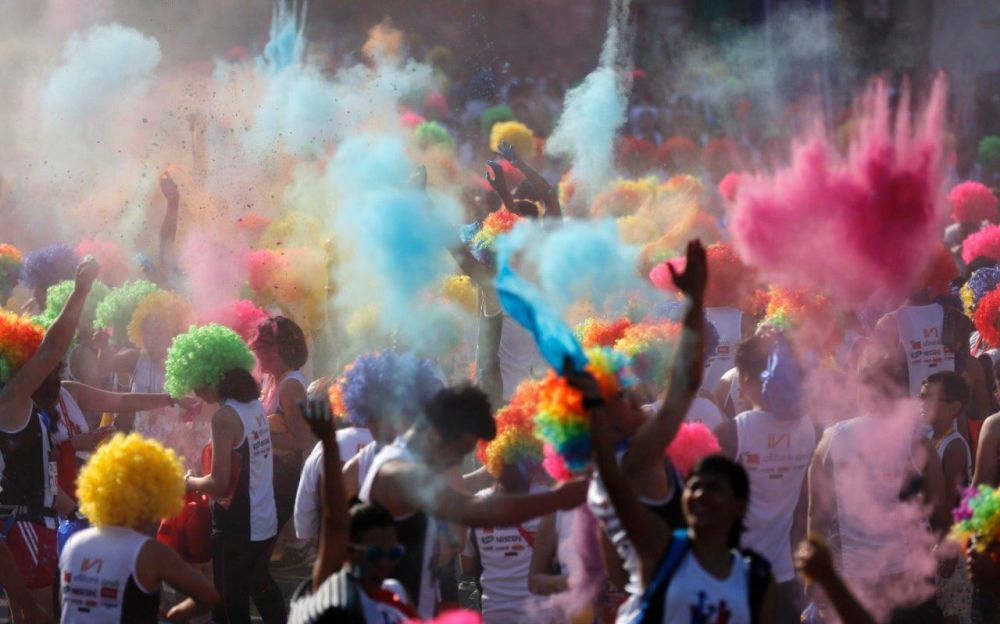 These days, it is common to see marathons that run for a cause. It’s nice to see one being held to celebrate a nation’s independence. Let us wait and see what other cool festivities the world will have in store for us!

Up Next: Get into the legendary world of Moana, the latest born Disney princess