The Ministry of Communication decided to lift a partial ban on Telegram after a new standard operational procedure was made in a meeting between the app founder, Pavel Durov, and Communications and Information Minister Rudiantara on Tuesday.

And on Wednesday, it was Rudiantara's turn to conduct a series of meetings with delegates from Facebook led by Asia-Pacific Facebook Representative, Jeff Wu at the Grand Hyatt Hotel, Jakarta, to convey several key points related to the company.

"This morning we met the Facebook team in a breakfast meeting. There are several things that we've discussed there," said Communications and Information Ministry's director general of information applications, Samuel Abrijani Pangerapan in his office, Wednesday. 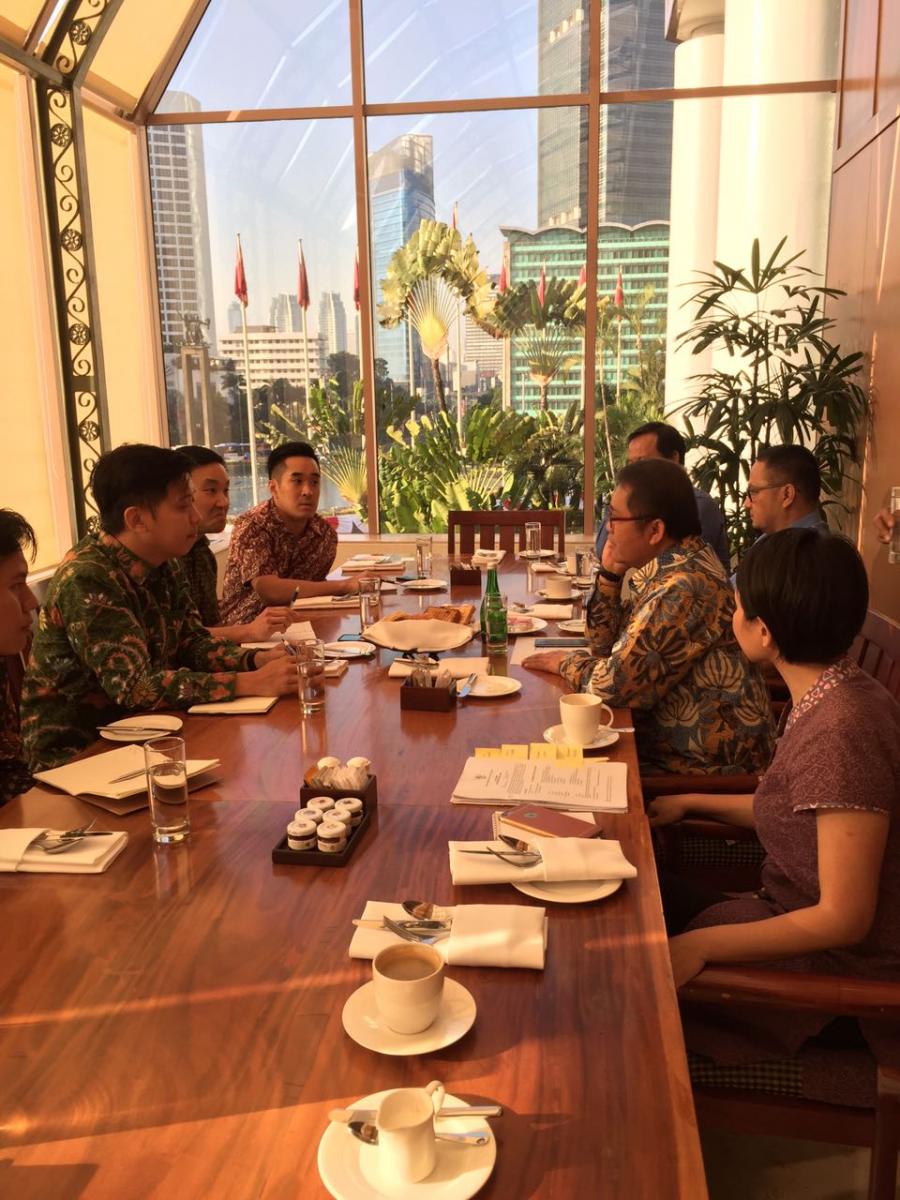 One of the topics discussed is the Facebook's plan to open its office in Indonesia. According to Semuel, the office would be inaugurated in August. "We're also talking about their plan to adjust our Standard of Industrial Classification," he said.

Both sides reviewed the scheme to stamp out contents that challenge Indonesian laws and regulations, particularly radical contents. "They reported that they already got a brand-new feature [designed] specifically for Indonesia," said Semuel.

The ministry also expected Facebook to improve the service level agreement. Throughout 2016 and 2017, the rate response of Facebook to comply with the existing provisions is only 49.3 percent, while Instagram is 40.3 percent.

Coordinating Economic Minister Darmin Nasution earlier had responded positively to Facebook's decision to set up a Permanent Establishment in Indonesia since it would be easier for the government to get the company to pay taxes.

As has been reported, Facebook had received a principle license to have its own Permanent Establishment in Indonesia and Investment Coordinating Board (BKPM) had confirmed the news that says the company to open its office in the country.

By registering itself as permanent entity, Facebook will be subject to income taxes (PPh) by 25 percent.

Up Next: Rizieq Shihab To Come Home On August 16: Lawyer