This bus will be a solution for the world's worst pollution in the world.

Brilio.net - China is renewing their public transport system by installing straddling bus on its highways. The train-like bus is wide, tall and has a tunnel beneath so cars and other vehicles can pass under it while it is moving. The innovation was created to solve China’s massive traffic problem with hundreds of millions of cars clogging the roadways daily.

The bus can accommodate up to 1,400 people, or replace about 40 buses in one lift without having to add any subway. The company estimates each bus will cut fuel consumption by 800 tons and carbon emissions by 2,500 tons, as reported by City Lab. The cost for construction is also less than one-fifth of the subway. This means the train will be a solution for the world’s worst pollution in the world. Beijing has already issued its first-ever emergency alert due to dangerous smog levels in December 2015. 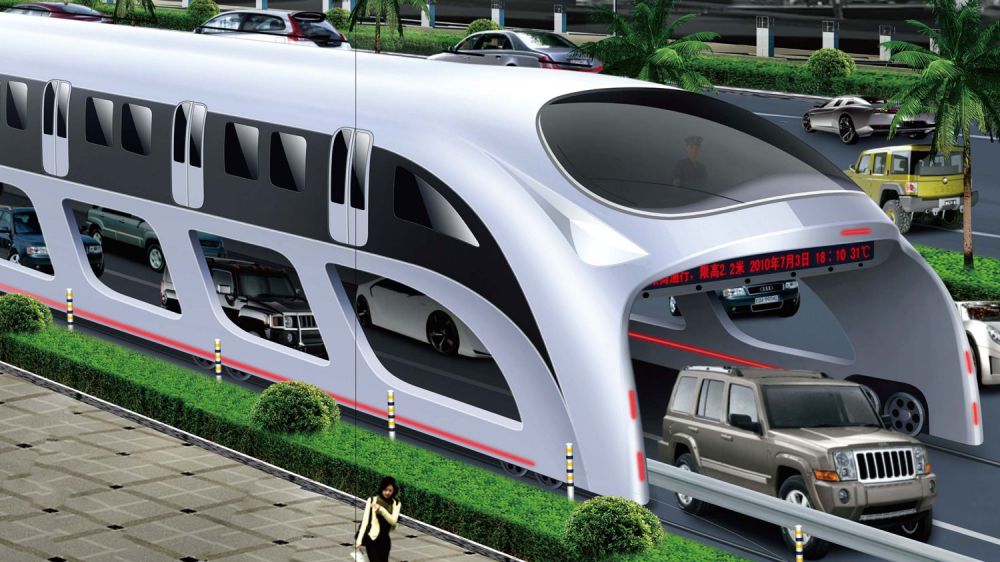 The designer of straddling bus is Song Youzhou, an engineer from the company leading the development, Shenzhen Huashi Future Parking Equipment. He says the life-size model will go on a trial in July or August in Quinhuangdao City, in the Changzhou province.

The proposed design is an all-electric bus that can travel approximately at 48-64 km/h (30-40 mph). Underneath the structure there is room for two lanes of cars to pass while the walls of the tunnel will be either run on embedded rails on both sides of the street or to follow painted guide lines. The project for line construction will only take up a month long.

The design is not the first of its kind. Back in 1969 an idea was proposed as “Bos-Wash Landliner”, as running on air skis, which is more like the initial Hyperloop proposal, that can speed up to 96 km/h (60 mph). Song revived the idea in 2010, which is obviously more applicable with the technology we have now. A scale-model was exhibited in the 19th International High-Tech Expo in Beijing as “Transit Elevated Bus” and gained interest among visitors.

Up Next: 12 Amazing creations from 16 y/o body paint artist