A Twist of fate: Looking back at Indonesia’s execution drama

Everyone expected all 14 drug convicts to be executed, but just four of were put to death, leaving many questions unanswered.

Brilio.net - As the clock ticked into the the early hours of Friday morning, 14 drug convicts were counting down the final few minutes of their life. At half past midnight, all 14 were due to face the firing squad at Nusakambangan island in Cilacap, off the southern coast of Central Java, at a prison known as ‘the Alcatraz of Indonesia’ where the country’s most serious offenders, including terrorists and murderers, are kept. It is where condemned criminals are brought in the final weeks of their lives.

At the center of another round of international pressure, the 14’s appeared to have fallen on deaf ears, until the last few moments. Ten of them were spared at the very last minute without any clear explanation. Four were not.

The executed criminals were Freddy Budiman from Indonesia,  whose dyed orange strip of hair and arrogant demeanor was beamed all over Indonesian TV networks, infuriating audiences, and three less-well-known Africans. Seck Osmane from Senegal and Michael Titus and Humphrey Jefferson from Nigeria. While the outside world focused on the foreigners, who make up most of the 14, Freddy was made for national headlines.

Over the past few years, Freddy was Indonesia’s drug kingpin. In 2011, he smuggled 1.4 million ecstasy pills from China, a crime for which he was sentenced to death in 2012. During his spell in prison, he actively and openly controlled his operations from behind bars! In 2013, he was transferred to Cipinang prison, where he remained until being executed. As time slowly ran out and the next round of executions was announced (with his name included) he became overtly religious, dressing in Islamic clothes and covering his head. 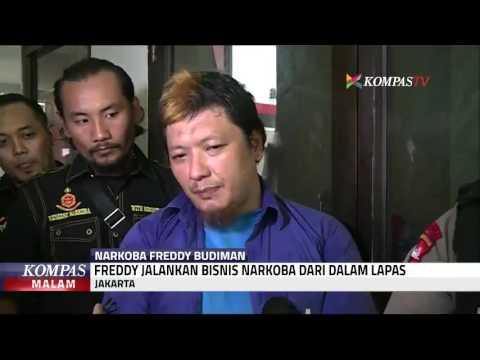 Of the 10 spared there are three Indonesians, four Nigerians and one each from Zimbabwe, Pakistan and India. In the build-up to friday lawyers and advocates cited alleged discrepancies in their cases and accusations of beatings by police. Their cases are currently being re-evaluated.

Noor Rachmad, the deputy attorney general, says the evaluation process “will be carried out in stages.” She said a decision on whether or not they will face the death penalty will be made public, but it’s not yet clear.

Merry Utami, one of the three Indonesians on death who got a last-minute reprieve, wrote a letter to the President Joko Widodo seeking forgiveness on Tuesday. Merry, a returned migrant worker convicted of trafficking heroin, is the subject of a protracted campaign for leniency. Prior to these executions, two other rounds had taken place in a span of about two years under President Jokowi, who has taken a hard line against drugs. The rationale is partially that harshly punishing drug offenders protects other people’s human rights, but his decision to lift a moratorium on executions drew condemnation from around the world, never more so than in the second-round, where anger in Australia at the impending executions of Andrew Chan and Myuran Sukumaran, ring leaders of the infamous Bali Nine, reached hysterical proportions. Australia even withdrew its ambassador over the affair.

There will be more scrutiny when a decision on the 10 cases is reached, but it seems unlikely Jokowi’s stance on the issue will change.

#Indonesia: Executions will put @jokowi on the wrong side of history. #DeathPenalty https://t.co/vE2uBdH68R pic.twitter.com/Du1FAPxZvk

Up Next: Mursala Island has such an Instagrammable waterfall