Meet 86-year old Mr. Toshiyuki Kuroki, the man who planted thousands of pink flowers in his garden for his blind wife.

Brilio.net - The tourism industry in Japan is one that has been flourishing. There are many aspects of this beautiful country that attracts tourists to be a part of highly unique experiences. While the nation aspires to witness an influx of tourism to boost its economy, one man in Japan does so in a way beyond your imagination- by planting the most romantic flower garden in the world!

The couple always dreamed of travelling around Japan during their retirement. Unfortunately, Mr. Kuroki’s wife Yasuko lost her vision at the age of 52. About a quarter of a century later, her husband wanted to do something to help her overcome her loneliness. After Mrs. Yasuko lost her sight, Mr. Kuroki devoted the next ten years to create the garden that most of us could only dream of. Today, the beautiful Shibazakura flowers, or moss phlox, are the highlight of his plot of land in Shintomi town, located along Miyazaki prefecture. It wasn’t the gorgeous sight of the bright pink colors that struck him most, but the fragrant aroma which he knew would put a smile on his wife’s face every day! 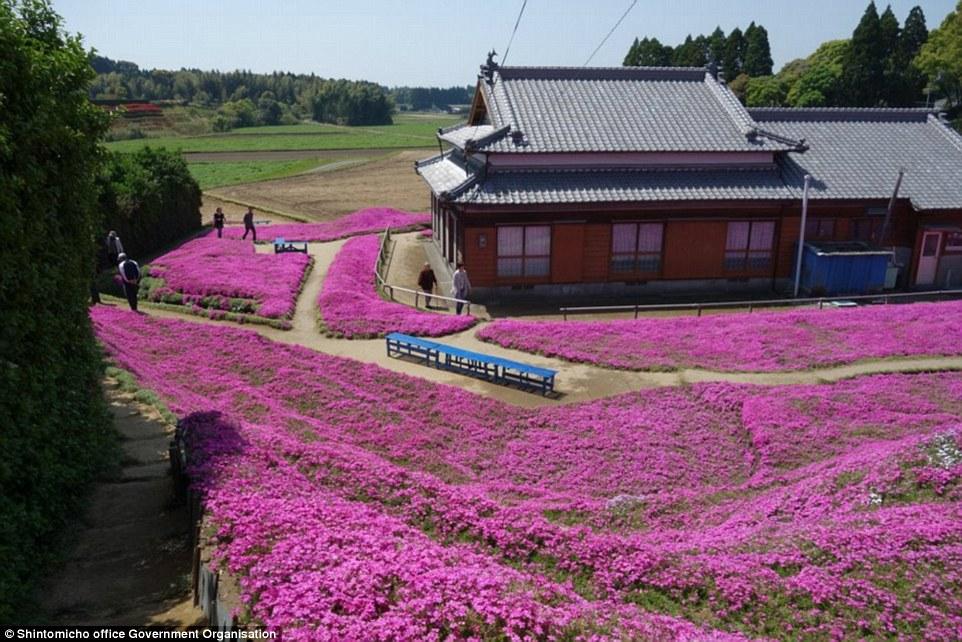 Flowers are in full bloom during the months of March and April. (Image via Dailymail)

Today, the couple’s stunning garden is a growing tourist spot for many, attracting over 7,000 of them each year. From refusing to meet anybody at one point in time, Mrs.Yasuko now meets new people regularly. Stories like these are always heartwarming, aren't they? If you happen to travel to Japan in the future, do pay a visit to their backyard. You will undoubtedly make the couple’s day brighter than ever!

Up Next: Marvel and Cartoon Network theme park will be in Dubai soon!