The Toy Smuggler of Aleppo

Brilio.net - With over 3 million refugees fleeing Syria, few people are trying to go into the country. Rami Adham is an exception. Every two months the Syrian native flies into Aleppo from his home in Finland and brings a little light to the people who need it most  - the children displaced internally by the Syrian conflict.

In addition to crossing the border with medicine and supplies, he brings something extra - teddy bears, barbie dolls and action figures, earning him the nickname “The Toy Smuggler of Aleppo.”

In a story published in The Telegraph newspaper, Adham revealed it was his young daughter Yasmin that inspired him to bring toys on his journeys. She even gave up her own for his first trip. Since then, he has been brought them with him every time. 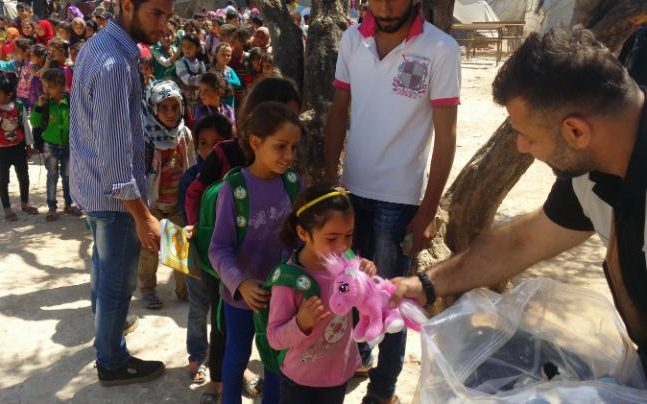 “The toys make the students feel like someone cares,” said a teacher at the school, who gave his name as Bassam. His five-year-old son received a Buzz Lightyear doll from Mr Adham. “My son remembers his toy more than anything at school.”

Adham is dedicated to his cause. In June, he walked eight miles into Aleppo because it was too dangerous to drive. “This was my 27th visit to Aleppo since 2011, and it was the most dangerous,” said Mr Adham. “The danger we faced, the sorrow, it’s indescribable. Six of the orphans we sponsored died when I was there.”

Mr. Adham has been giving back since he emigrated to Finland in 1988 and opened the aid agency Suomi Syria.

Nothing will deter Adham from giving to the people that need it most. Not even the suicide bombing at the Ataturk Airport in Istanbul. “I thought I was dreaming that I was still in Syria,” he said. “It took me a while to realize a bomb had gone off not far away.”

Even so, Mr. Adham is already making plans for his next trip back to Syria. “Right now, Syrian kids are just facing death and insecurity and constant threats,” he said. “Toys are important.” 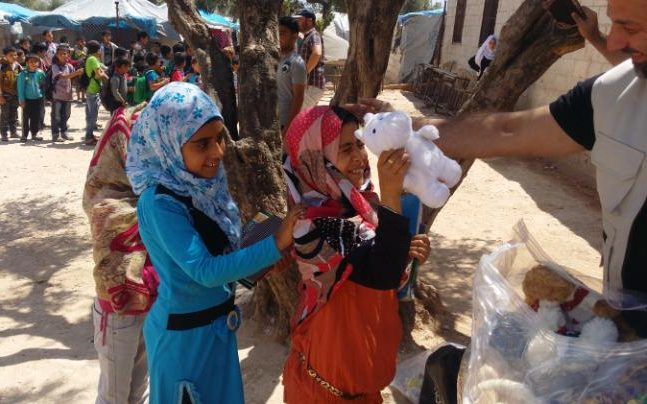 Passing out toys in Aleppo via The Telegraph/Rami Adham

If you ever wonder where the good is in the world, think of Rami Adham.