How is Martunis doing? 6 Facts about the grown-­up tsunami survivor

The devastating tsunami in 2004 took everything he had, but it opened the door to his dreams.

Brilio.net - December 26, 2004 is a day Martunis and the rest of Aceh will never forget. That day, a massive earthquake struck in the Indian Ocean to the west of Sumatra, along the Sumatra-Andaman fault, setting off the most devastating tsunami in recent memory.

Large parts of Aceh were wiped off the map. The capital, Banda Aceh, was almost completely destroyed. More than a quarter of a million people died across Asia, with the biggest numbers by far (up to 160,000 by some estimates) were in Indonesia and especially Aceh, which faced the brunt of the wave.

One of the most iconic images of the disaster was a small boy standing alone in the carnage, wearing a Portuguese national team shirt.

If you don’t know Martinus’s story, here are six facts to bring you up to speed on his saga.

1. He floated on debris and was found 21 days later 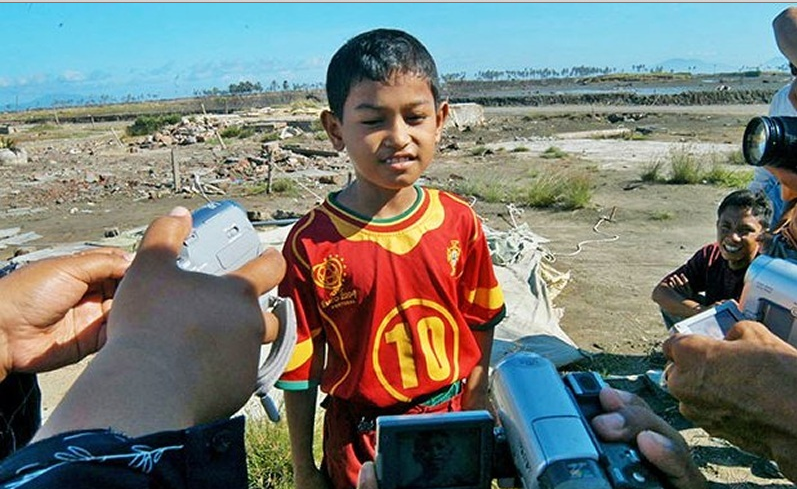 When the tsunami struck, Martunis was with his mom, his elder brother and younger sister. Unable to swim, he clung to floating debris and washed onto swampland until found 21 days later. However, the tsunami took his mother and siblings. Only his father would survive the disaster. The journalists that found him at the beach asked how he managed to survive alone? And the boy replied that it was his dream to be a football player that gave him power to keep fighting. “I was not afraid at all because I wanted to be alive to meet my family and become a football player,” he said that day. When he was found, the young boy was wearing a football jersey for the Portuguese national team. He had just finished playing football when disaster struck, a quirk of fate that would determine his story.

3. He was adopted by Cristiano Ronaldo

As images of Martinus were beamed around the world they reached Cristiano Ronaldo, who was moved by the boy’s tragic story and saw the fact that he wore a Portugal jersey as a sign that he should do something to help the poor boy. The star footballer visited Martunis in 2005 and promised to pay for the boy’s education and living expenses. 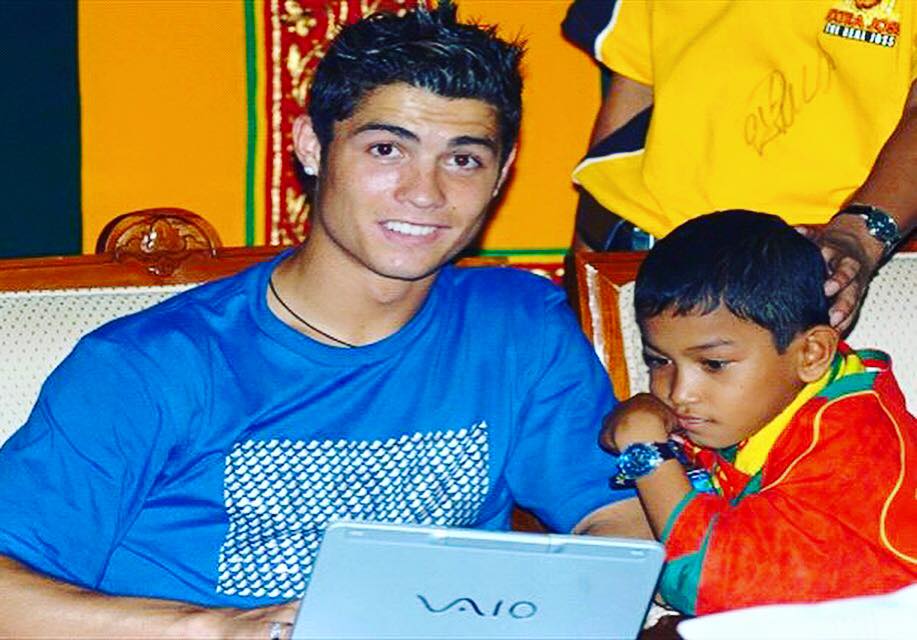 “I believe that many adults would not even be able to deal with what he has gone through,” Ronaldo said at the time. “We must respect him. His was an act of strength and maturity. He's a special kid.”

Up Next: Know yourself, know others: 6 types of Millennials in the workplace