This English Man Plays Gamelan For More Than 30 Years

It was love at the first sight.

Javanese gamelan is unique and apparently, the ensemble managed to attract not only locals but also foreigners. One of them is Peter William Hendrik Smith — or to his friends: Parto.

Peter has been learning how to play gamelan for a long time. He even stayed in Solo for years, making him able to speak Javanese fluently.

The man was in Yogyakarta last week to attend Yogyakarta Arts Festival (FKY) where he along with his students performed a gamelan concert.

Let's get to know him better.

1. He firstly knew gamelan when he was helping someone unpack a gamelan package sent to his campus. Parto was a music student. As he was playing piano, people used the next door room for Javanese gamelan. He wanted to help arrange the gamelan. He directly fell for the new carving and bronze. He was then curious about how it sounds and after listening to it, he fell in love even deeper. Different from piano, playing gamelan with his friends made him wanting to know more about it. 3. For Parto, gamelan can be a way of meditation. Javanese gending songs such as Ayo Praon, and Rondo Kempling are ear-catching and people who listen to the songs admit they can make them relax. Apparently, gamelan songs are good for meditation.

4. He has been teaching gamelan for 30 years. 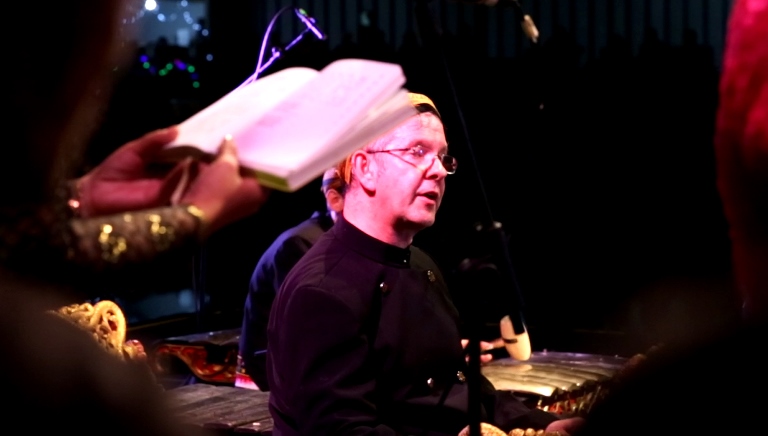 5. He wants the next generation to continue playing gamelan. It turns out that a lot of youth who are also enthusiastic in playing gamelan. There are many times Parto attended Javanese gamelan performances with young players. In England, there are also a lot of youth joining gamelan ensemble in his campus.

Up Next: Taylor Swift Sues Man Over Sexual Assault