Bizarre! This man has only eaten raw meats and organs for seven years

This diet obligates him to consume a raw fleshes and internal organs to boost his immune system.

Brilio.net - Believe it or not, a man from Kentucky, US, named Derek Nance has eaten raw meats and organs because of a bizarre stomach illness he suffered for about seven years ago. As quoted from vice (21/12), the illness had killed his appetite. He had tried various diets such as Mediterranean diet (fish and vegetables), but nothing worked. 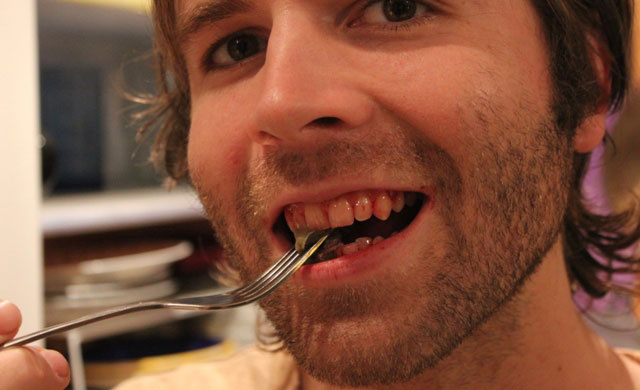 Getting desperate, he turned to a hardcore varietal Paleolithic diet. This diet obligates him to consume a raw fleshes and internal organs to boost his immune system. Surprisingly, all his problems have gone. He had even begun to brush his teeth with animal fat. “So it was started by a dentist named Weston Price who in the 1930s studied the health benefits of eating more raw foods, including meats. He found people in primitive communities were much healthier than we are today, and I thought, All right, I’ll give it a try,” he told to vice.

Derek also revealed that his vegetarian girlfriend, named Joanne, could accept his bizarre eating habit. Otherwise, his family could not accept it and told that he was of the deep-end insane. 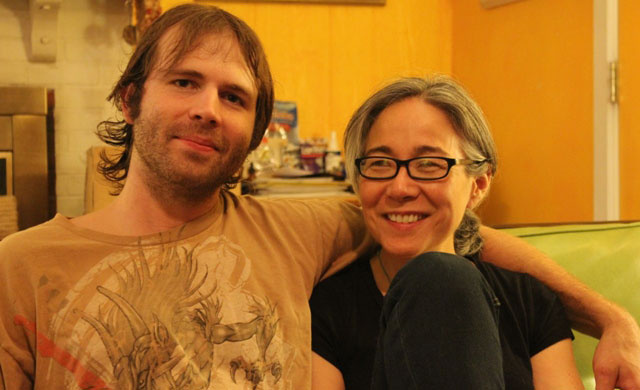 Derek used to work as a butcher. Unfortunately, his boss managed to fire him after the article about him was spread on the internet. The boss was afraid that Derek’s weird eating habit would raise the negative attention to his farm. Luckily, having been fired, Derek got a lot of offers to be the guest star of TV variety shows and a series called A Million Ways to Live. When he was asked whether he wanted to stop this diet or not, Paul said that he would not stop it.

“No, not by choice. If they haul me away, kicking and screaming, then maybe,” he said.

Up Next: Tony Lee, the shark attack victim recovers from a tormenting accident