Want To Buy An Indonesian With An Escape Guarantee? Go to UAE!

This ad in The Gulf Today has emerged online, and brings to mind the horrific conditions and abuse suffered by some Indonesian migrant workers.

But this advertisement, which appeared on Reddit before circulating online, is particularly shocking.

It appears to be a full-page advert from The Gulf Today, one of the United Arab Emirates' four major daily newspapers, advertising maids from countries including Indonesia. The publication's marketing department could not be reached for comment at time of publication as their office hours had not yet begun. 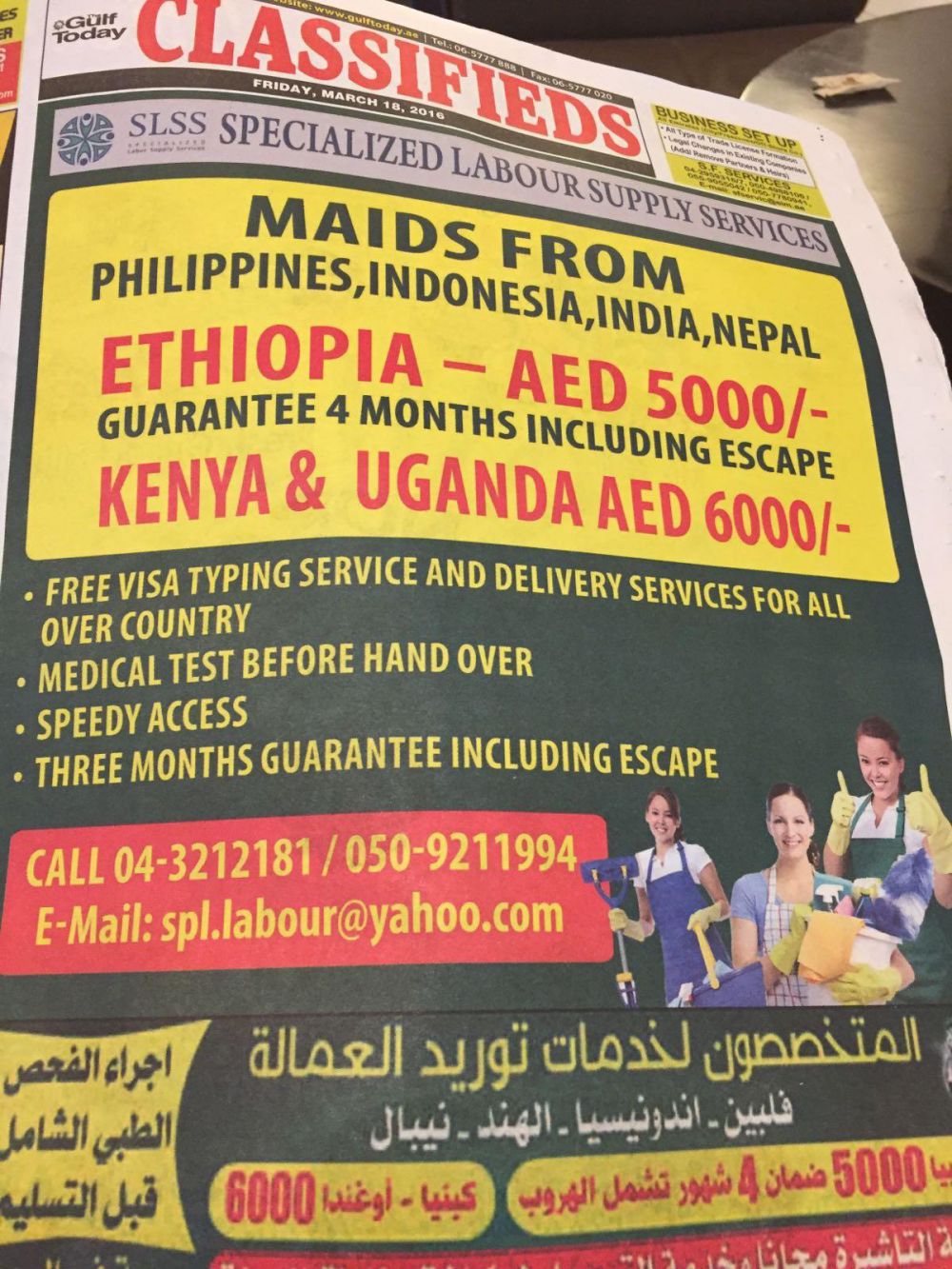 Thousands of Indonesians are trapped every year into slave-like labor abroad and can suffer inhumane treatment, with recent famous cases including two sex workers murdered by a Bank of America employee in Hong Kong and an Indonesian maid who suffered horrific torture at the hands of her HK employer. Controversies from the Middle East have seen maids executed in occassionally murky circumstances.

The poster speaks to the attitudes and practices endured by migrant workers from around the world in the Middle East and the U.A.E. in particular, where the government has been accused of allowing slave-like conditions to proliferate.

The temptation to work abroad and earn foreign currency to send home is a tantalizing route to escaping poverty.

Up Next: 5 Jakarta Getaways For The Whole Family