Seeing Faces In Objects Is A Psychological Phenomenon

Pareidolia is the reason behind you seeing faces in random objects.

Have you ever seen faces on certain objects or in unexpected places? Maybe when you're young, you like to fantasize about the faces appeared on lifeless objects, and you think it's just your imagination. But apparently, many people have experienced it as well.

In fact, every time we see faces in random objects, we’re experiencing a psychological phenomenon called pareidolia. It happens when our mind responds to a stimulus — it could be an object, image, or even sound —and perceives it as something we’re familiar with, such as faces.

Experts came up with many theories to explain this phenomenon. In a 2009 magnetoencephalography study, scientists found that objects recognized as faces induced the activation of the fusiform face area —a human visual system specialized for facial recognition — in the same way real faces induced the area. Experts believe that pareidolia could be the explanation for numerous sightings of alien and UFO, Loch Ness and even Elvis, as well as disturbing messages on played-backwards records.

Pareidolia is often associated with religious attributes. A Finnish study discovered that religious people, or those who believe in paranormal phenomenon, are more likely to see faces in objects. As a result, some examples of pareidolia are often related to religious images and ended up being sacred.

Here are some famous examples of faces seen in lifeless objects.

The Shroud of Turin, an old piece of cloth from the 1300s, is said to form a human figure showing a suffering from crucifixion believed to be the figure of Jesus of Nazareth. 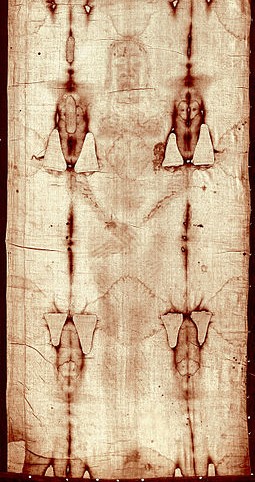 The Shroud of Turin, half part (Photo via Wikimedia) The Shroud of Turin, positive and negative (Photo via Wikimedia)

Outside St. Mary’s Church in Rathkeale, Ireland, there’s a tree stump bearing a silhouette that looks like the Virgin Mary. The face of Jesus appeared on a homemade corn tortilla in Mexico in 2015. 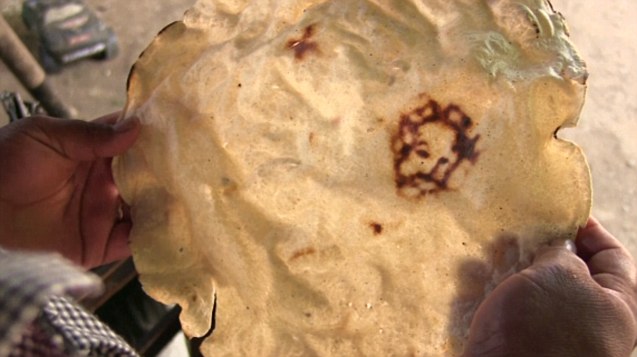 Pedra da Gávea, a huge rock outside Rio de Janeiro, Brazil, has an impression of a human face. 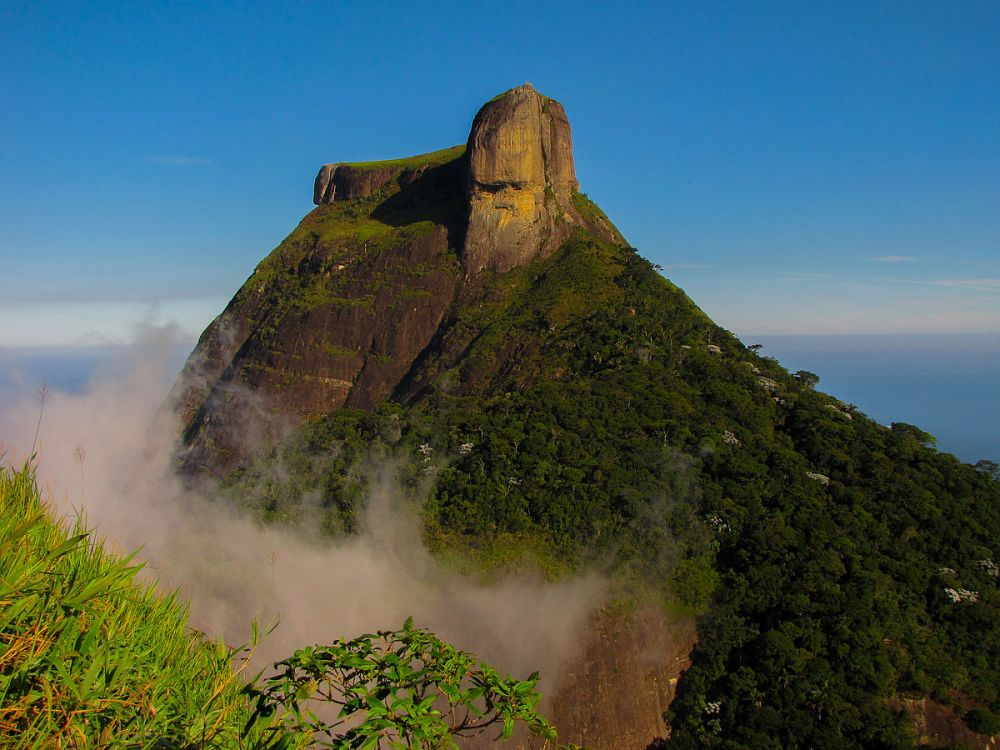 The Face on Mars, an image of the Red Planet’s Cydonia region taken in 1976 by the Viking 1 mission, is believed to be the remnants of ancient civilization (it turns out to be an optical illusion formed by the light hitting the surface and troughs of the rocks). Strawberry Fields Forever by the Beatles. When played backward some people heard words “Paul is dead.” Some conspiracy theorists in 1969 believed that Paul McCartney died in 1966, and was replaced by a lookalike. 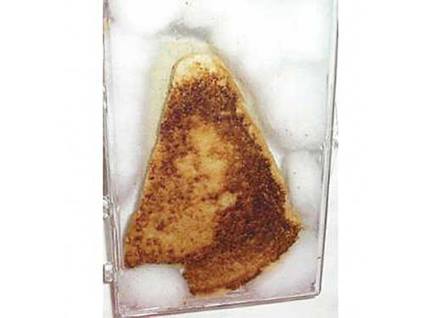 “Mother Teresa” on a cinnamon roll was first discovered at the Bongo Java Café in Belmont, Tenn. The bun was displayed for 10 years and ended up stolen on Christmas in 2007. 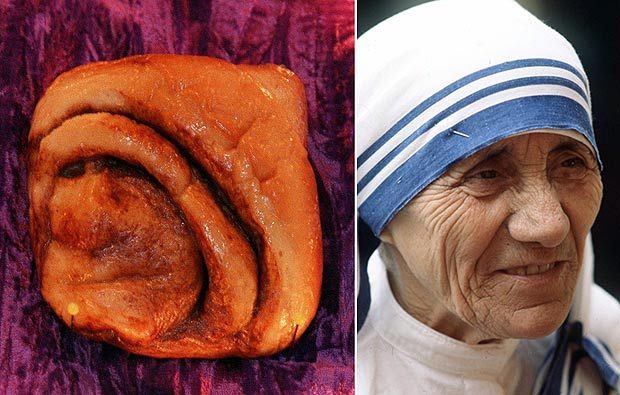 (Photo via The Sun)

A tree at 60th Street and Bergenline Avenue in West New York, New Jersey, became an object of pilgrimage in 2012, due to a scar that looked like the Our Lady of Guadalupe, a depiction of the Virgin Mary. A dog caught his twin’s face on a wood plank. 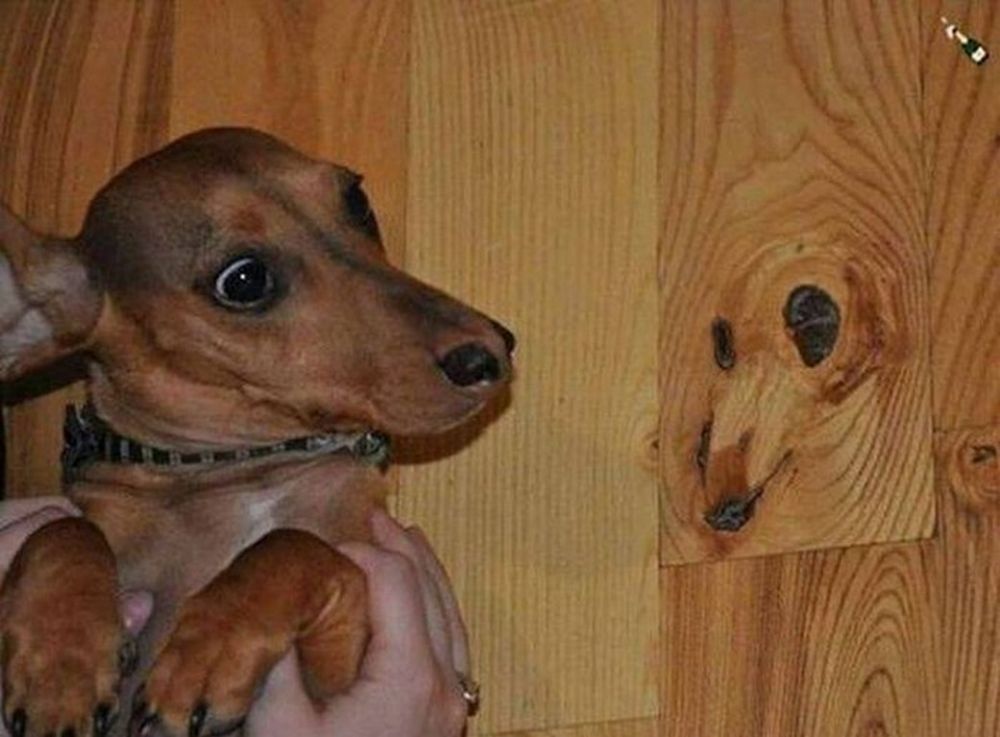 A creepy woman figure in a campfire. 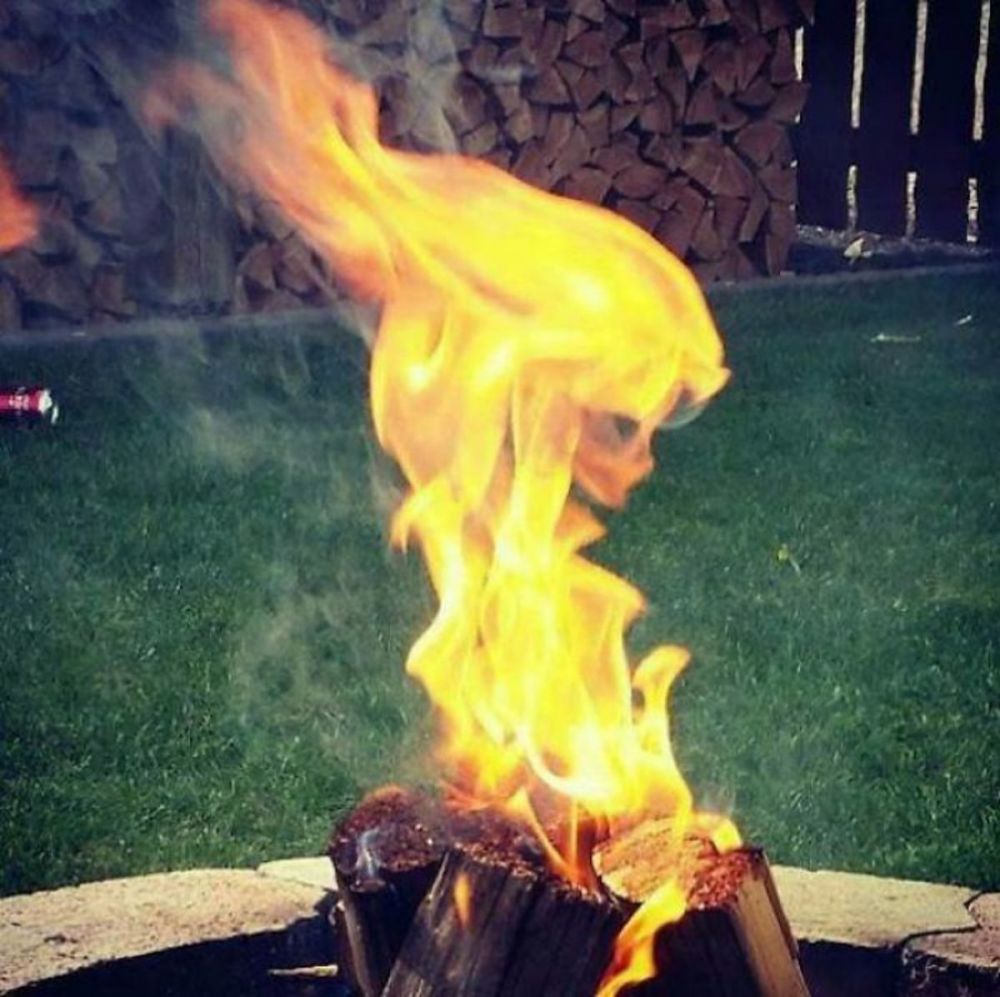 The Climbing Cactus near the Verde River, Arizona. 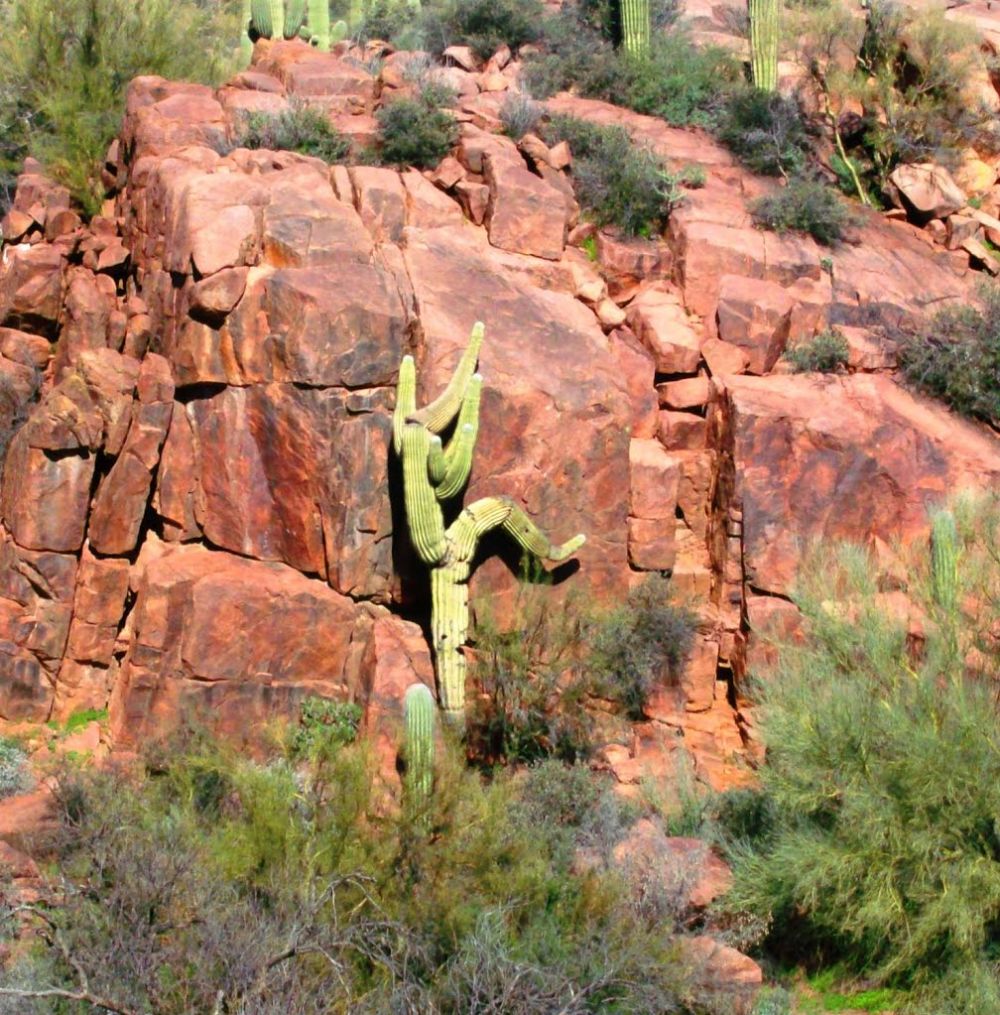 Up Next: Andreas Harsono Shares The Story of Oktovianus Pugau