No matter whether they’re true or not, the bone-chilling stories have been grabbing people’s attention even until today.

Brilio.net - If you have spent some time in Indonesia, you probably have been “introduced” to the darker side of the country through popular urban legends. Often, those stories feature Indonesia’s “most popular” spiritual beings, ranging from graveyard goblins to window-peeking specter. No matter whether they’re true or not, the bone-chilling stories have been grabbing people’s attention even until today.

If you happen to love thriller movies, Brilio has compiled these nerve-racking photos that will tell you more about famous ghosts, which have been the main characters of many Indonesia’s scariest urban legends: 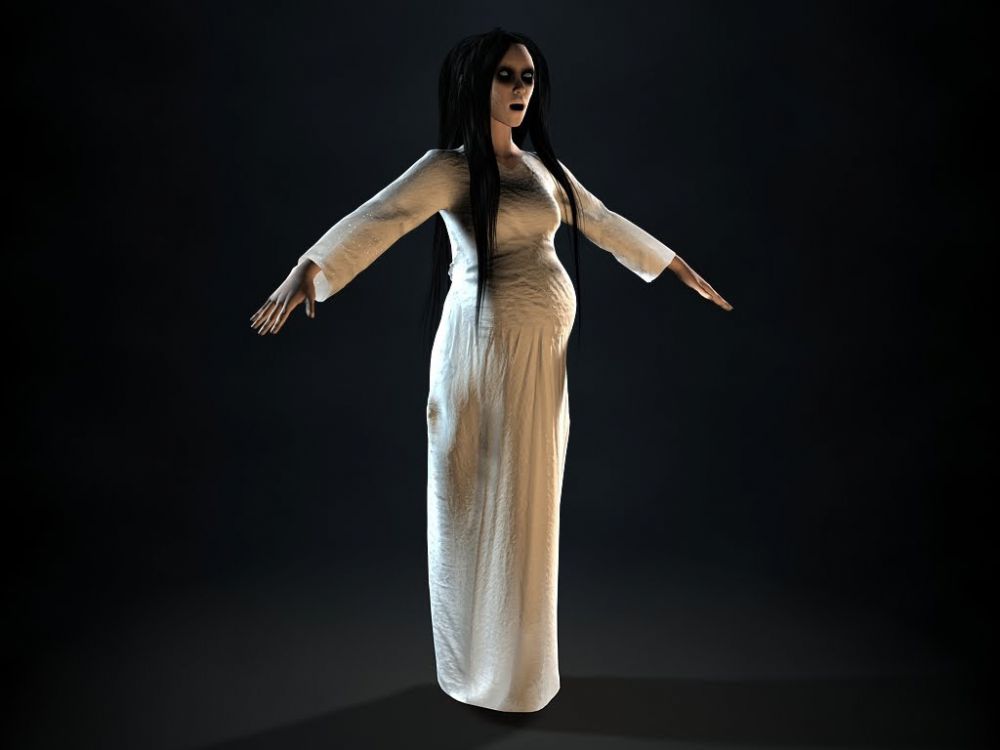 Being the local version of banshees, Kuntilanaks (or simply Kunti) are believed to be the wandering spirit of pregnant women who dies in tragic, unnatural way. The ghost is believed to bear a grudge to certain people related to her death and will likely to haunt those people. This creature, also known as Pontianak or Matianak, is believed to dwell in dark clumps of banana trees. As part of religion precepts, Muslims are wrapping their dead in sheets of white shrouds and create ties in some spots in order to have the fabrics remain in place. When the body is about to be buried, they will release the ties and let the cloth become loose. Many people believe that if the ties aren’t released, the dead would become a Pocong, “tied” to the mortal world and unable to pass on to the afterlife.
Because one of the ties is located just above its ankle, this creature can't walk. Rather, it would hop around chasing you in your nightmare. 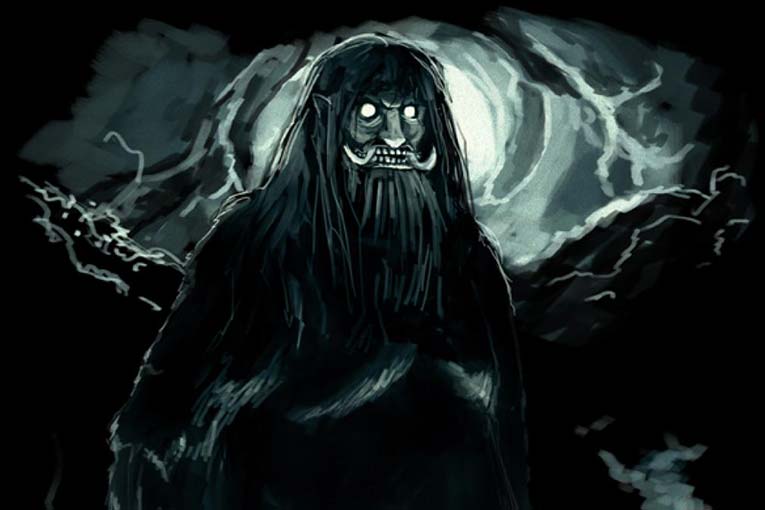 The legend of Genderuwo is allegedly rooted in ancient Persian mythology. They are spirits believed to come from people who died in violent ways and came back to haunt the living. Their appearance is mainly big and monstrous but can also take the appearance of a human male to seduce women.

Sometimes, Genderuwo would disguise themselves as a women’s husband to tempt the wife while her real husband is away. Urban legends say that the monsters have sexual relationships with these women in order to impregnate them and produce more Genderuwo.

The creature (usually “spotted” in various regions of Java) is believed to enjoy dwelling around watery places such as rivers, lakes or swamps, and also likes to “live” in old buildings, big and shady trees or dark and deserted damp corners. 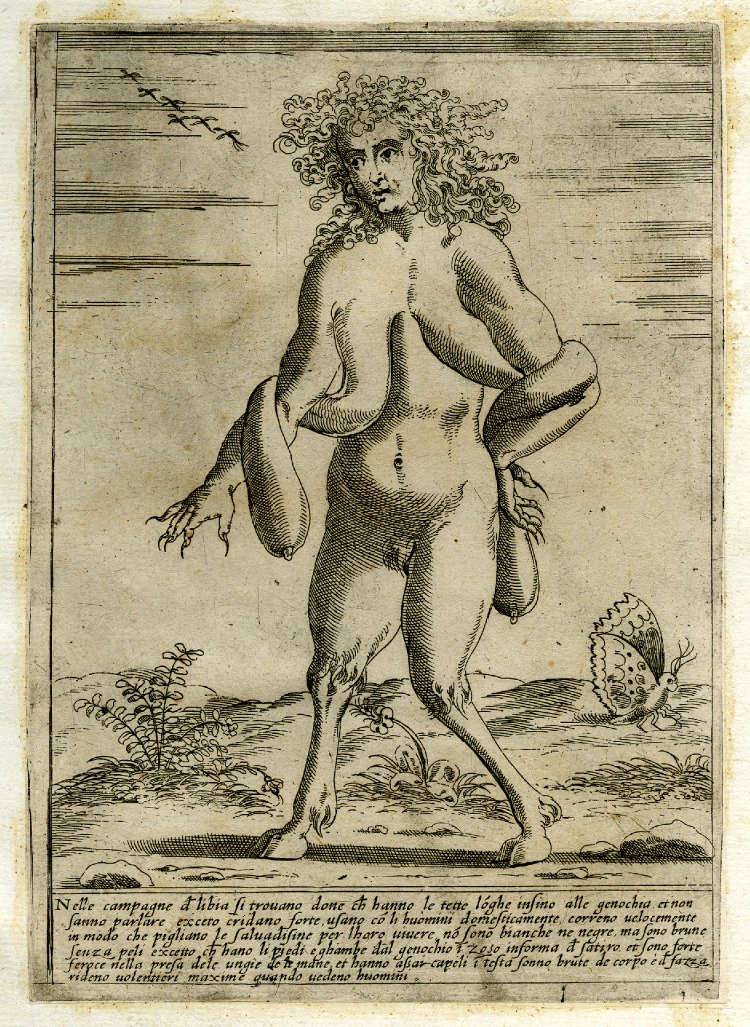 This spiritual being is believed to be the ghost of a woman who committed suicide after murdering her cheating husband. Its appearance is usually depicted as a female human-like monster with elongated breasts and long, sharp fingernails. This creature is believed to have a pesky habit of kidnapping children who are wandering out after dark. 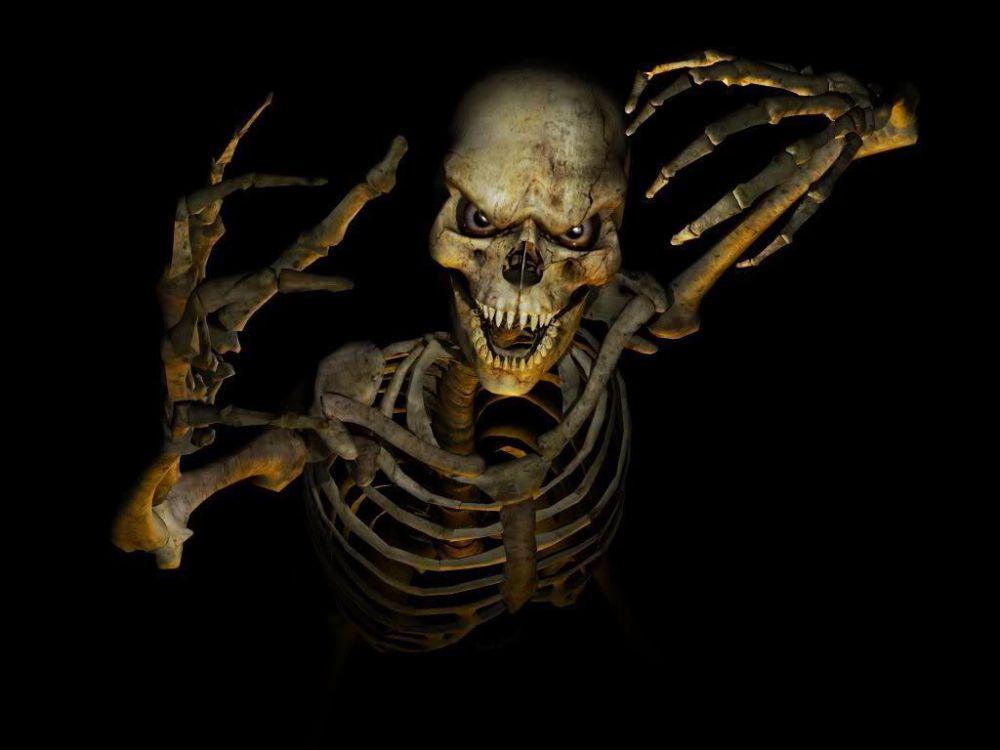 Jerangkongs are believed to come from people who during their lifetime often rob or forcibly take other’s possession. They appear as a walking human skeleton, wandering around and stealing chicken eggs. According to urban legend, Jerangkong often ransacks chicken coops at night. By dawn, they would return to their graves through a small hole in the graveyard’s soil.

Eggs eaten by Jerangkong won’t break. The eggs will be nothing more than a shell. There’s one way to cope with Jerangkong: set up a coconut shell with a small hole on it on the Jerangkong’s grave so when the ghost comes out, it will be trapped inside the shell. The problem is, you’ll have to spot the correct grave first... 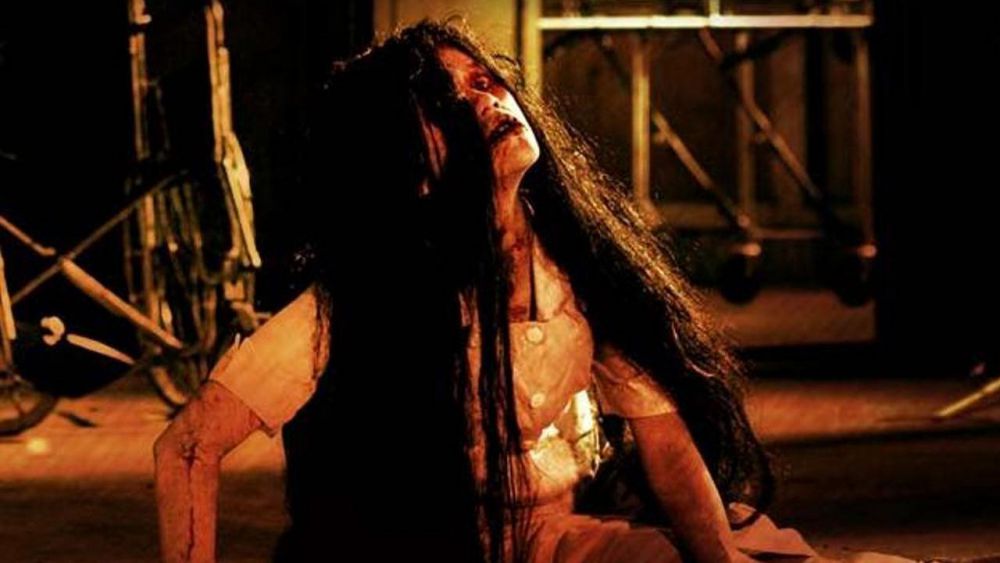 Believed to be a ghost of a dead nurse, Suster Ngesot became extremely popular (and feared) after the Indonesian thriller movie which was released in 2007, the Suster Ngesot.
It said that the nurse was raped and cruelly murdered, which left her legs badly injured. The creature is depicted as a woman with a filthy white nurse uniform, messy long hair, and a horrific face. She drags herself slowly and eerily along the hospital’s dark aisles, as she’s unable to stand on her feet or walk due to the injury. 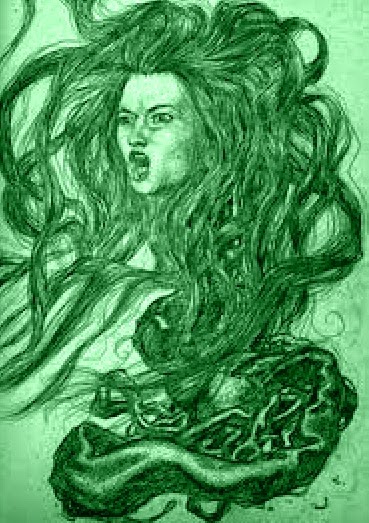 Palasik is widely popular especially in Minangkabau society (Indonesian ethnic group indigenous to the Minangkabau Highlands of West Sumatra), who believe that the creature is neither a ghost or spirit, but actually a human who practices black magic. In order to keep their power, Palasik has to feed on unborn babies. So it will linger around pregnant women who are in their last months in order to “prey” on their babies inside.

The babies aren’t literally eaten, but they would rather die inside the womb or be born without the crown of their heads. Sometimes Palasik also “consumes” dead babies who were already buried in their tomb.

Palasik’s appearance is so terrible that is seemed it has just jumped out of your nightmare. By night, the Palasik (black magic practitioner) can literally separate their heads with their bodies, and the head (along with the inner organs and intestines) will fly around the village to hunt for their preys. Before dawn, the head has to unite again with the body. If it hasn’t, the person will die. 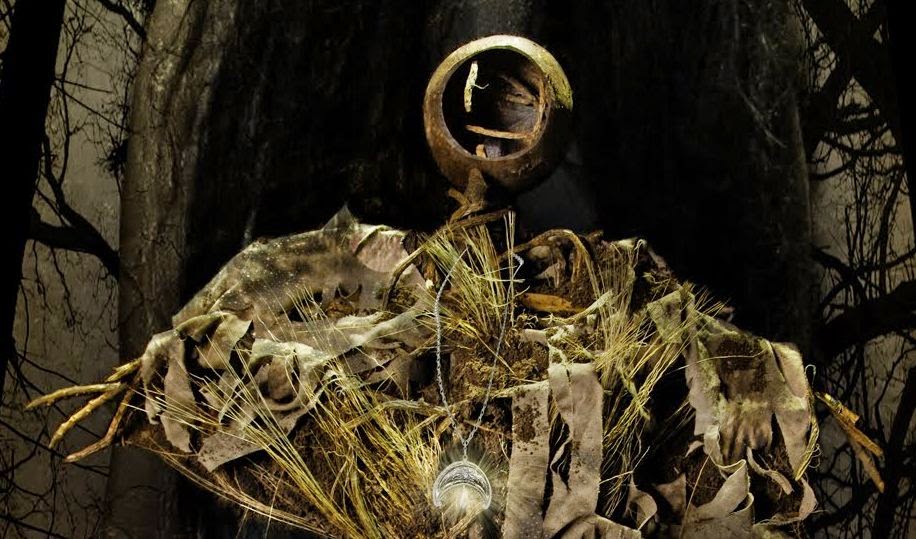 Also known as Jelangkung, it is the spirit who was called from the other realm using the ancient board-game called the Jelangkung Board, which is widely known as Ouija Board. Some people believe that they can literally ask questions and the Jelangkung will answer it via the board.

9. The wraith of Jeruk Purut The wraith of Jeruk Purut (Hantu Jeruk Purut) is believed to be the wandering spirit of a dead pastor who tries to find his own graveyard. Urban legend said that the headless pastor is lost; instead of heading to Christian’s graveyard in Tanah Kusir (South Jakarta), he lingers around the Muslim’s graveyard in Jeruk Purut (also in South Jakarta). Along with his mystical dog, the wraith sometimes is spotted by the grave-keepers, walking out of the darkness, carrying his own head. 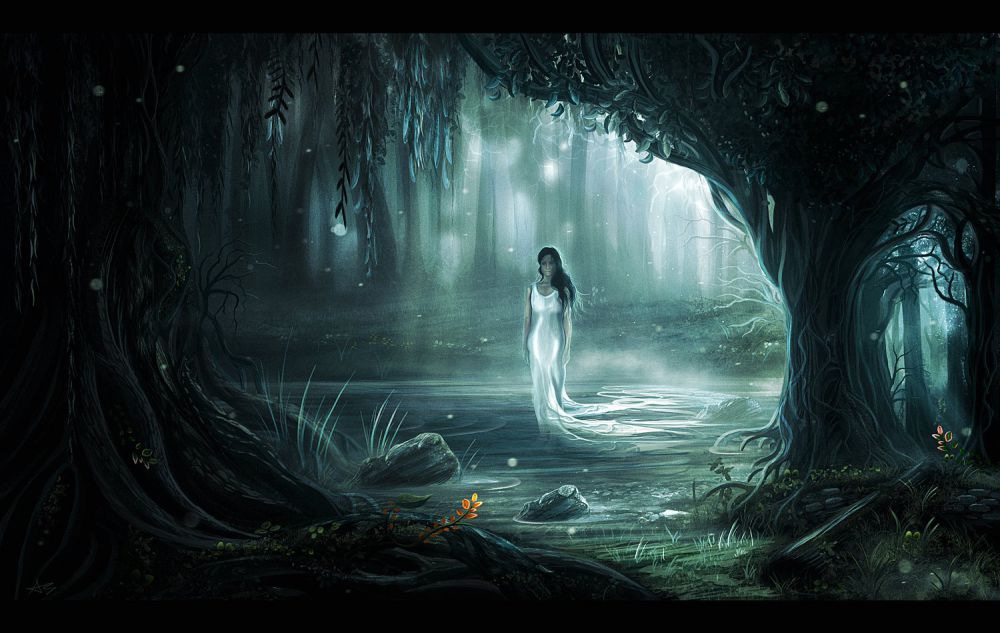 Si Manis Jembatan Ancol or the Beautiful Lady of Ancol Bridge is believed to be the ghost of a charming young lady who was killed by two men. The murderers then threw the body somewhere near the Ancol Bridge in North Jakarta.

The spirit appears as a beautiful lady wandering around the bridge and anywhere near it. She’s probably the most famous urban legend in Jakarta, and was featured in 1990s Indonesian TV series Si Manis Jembatan Ancol. 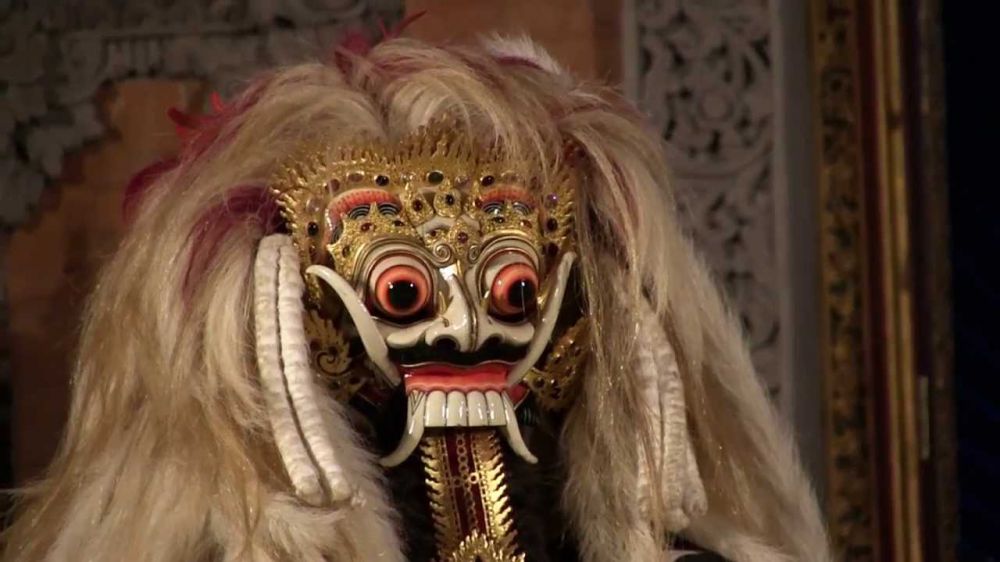 In the Balinese folklore, Leak or Leyak is a mythological figure in the form of flying head along with its entrails and inner organs. In nearly the same way as Palasik in Minangkabau, Leak is actually a black magic practitioner who needs to feed on babies’ blood in order to retain his power.

Balinese believes that Leaks have a mistress called "The Queen of Leak", a widow-witch named Rangda, who plays a prominent role in public rituals. Her mask is kept in the village’s temple and during various temple festivals, she is paraded. Besides leaks, demons are said to be the followers of Rangda.

Leak is said to haunt graveyards, feed on corpses, and have the power to change themselves into animals, such as pigs, and fly. In normal Leak form, they are said to have an unusually long tongue and large fangs. 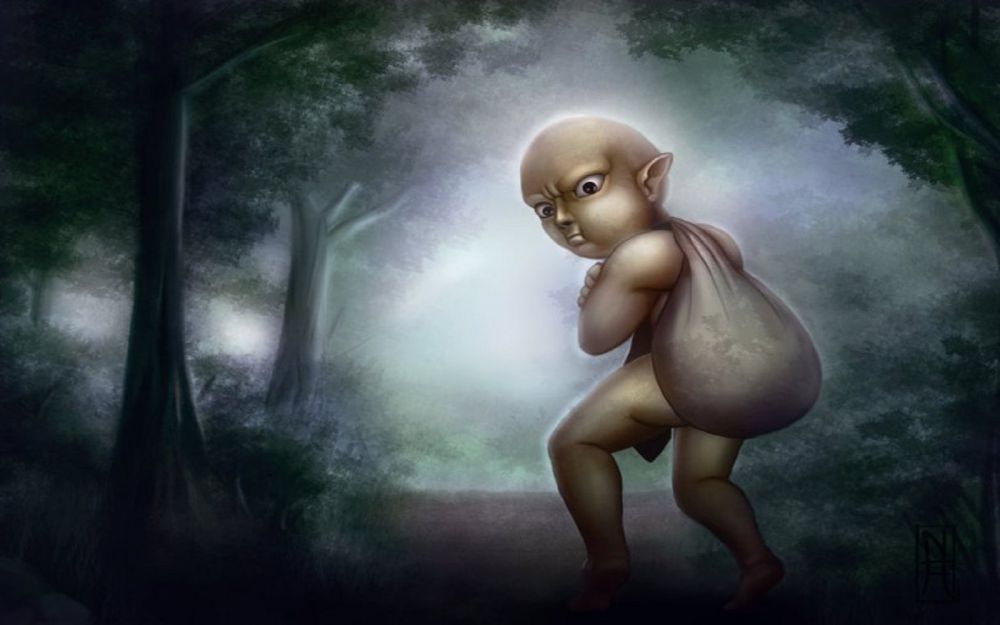 Tuyul is a little imp whose skill is “identifying” and stealing money. Sometimes they’re kept and used by black magic practitioners to enrich themselves. Some folks believe that Tuyul is actually a ghost of a dead baby.

Up Next: 13 Hollywood’s worst makeup blunders by the most stylish stars