In Pictures: Aceh After The Quake 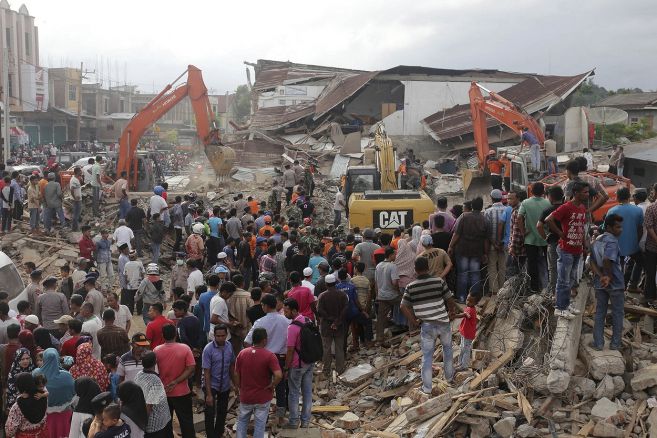 Rescuers use excavators to search for victims under the rubbles of collapsed buildings.

Associated Press -  Damage from the earthquake that shook Aceh on Wednesday is extensive in towns near the epicenter. A market was leveled, and other buildings reduced to chunks of cement and twisted rebar.

Crowds form around excavators as rescuers hope to find a miraculous survival story in a landscape of tragedy. The official death toll stood at about 100 on Thursday morning, with a great deal of debris left to sort through and assessment teams just making their way to outlying areas.

The magnitude 6.5 quake damaged mosques and left thousands of people homeless. People affected by the destruction are beginning to receive aid, including water, blankets and tarpaulins, and humanitarian agencies are assessing how much more they will need. Just measuring the extent of the crisis is expected to take about three days.