There were no immediate reports of damages or casualties.

A magnitude 6.2 earthquake on Friday hit a region in the eastern part of Indonesia, the US Geological Survey reported.

The earthquake hit about 6:30 a.m. in the Sumbawa region, the agency said. The epicenter was about 33 kilometers south of the village of Tolotangga, which is 1,350 kilometers east of Jakarta.

The earthquake was about 72 kilometers deep, the agency said. 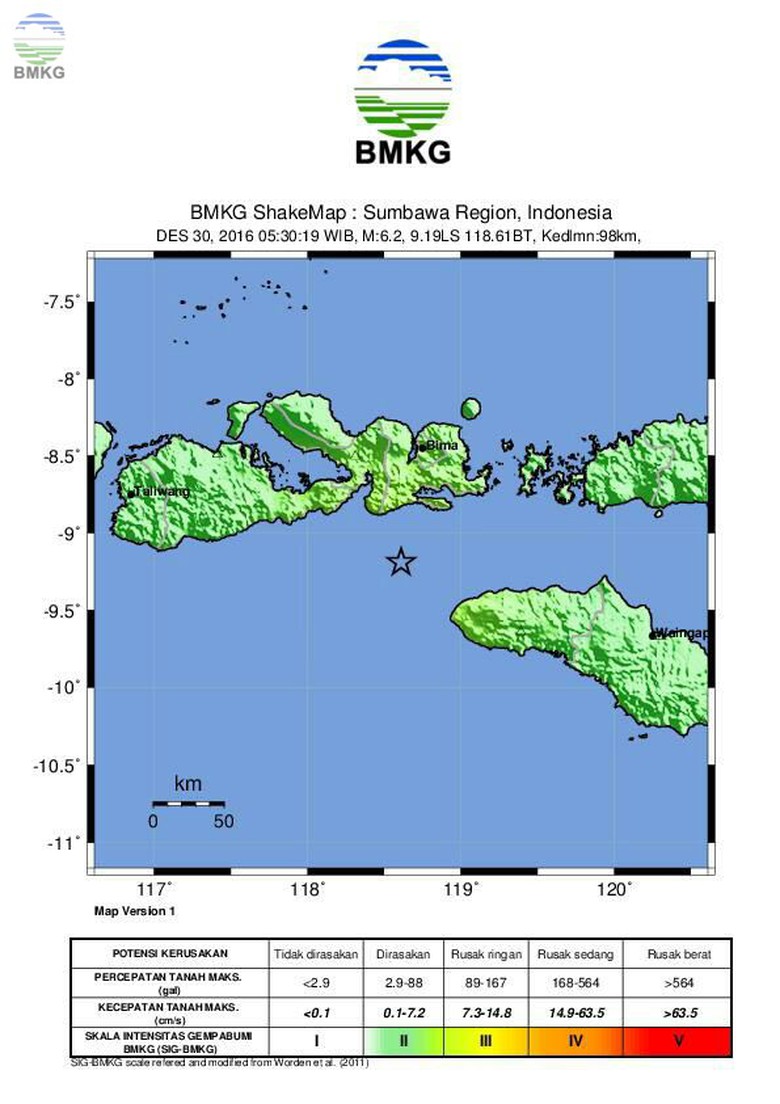 In a statement, Indonesia's National Disaster Mitigation Agency said the earthquake was also felt in the neighboring province of East Nusa Tenggara and the tourist island of Bali.

The earthquake caused many residents in the areas hit to pour out from their houses, the agency said. But it added that there were no immediate reports of damages or casualties.

No tsunami warning has been issued, according to the US Geological Survey.

On Dec. 7, Aceh province was hit by a magnitude 6.5 quake that killed more than 100 people.

Up Next: This Uber Driver Cruised Through 240 Consecutive Green Lights