How Pokémon GO is healing kids in an American hospital

Brilio.net - Pokémon GO has taken over the world since its release, with players taking the game to the extreme and more people joining in every day!

The augmented reality game lets users roam the world catching Pokémon they discover along the way. It’s won praise for getting kids moving again and promoting landmarks around the world.

But at Michigan’s C.S. Mott Children’s Hospital in the United States it has found a medical use: physical therapy.

Before the game’s release, many of the hospital’s young patients undergoing physical therapy found themselves going through the same routine, day in day out. Pokémon GO has added an element of fun to the therapy. With an entertaining goal (catching Pokémon) dangled in front of the kids, therapists have noticed their rate of mobility rising, which is boosting their recovery process. 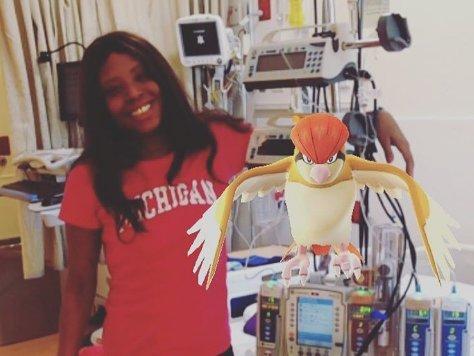 A fun sight to brighten up a day in hospital. via Instagram/@mottchildren

J.J. Bouchard, a child life specialist, told USA Today: “If I’m trying to get a kid to raise his arms up or squat down, I can say, “Hey [that Pokemon is] a little bit lower, can you reach down and get him?” Chasing down “pocket monsters”! via University of Michigan Health System

Hospital staff are also finding benefits to the game beyond the physical. Pokémon GO’s is evolving the kids into more outgoing individuals. They are becoming more social, mingling with other patients, rather than staying isolated in their rooms. 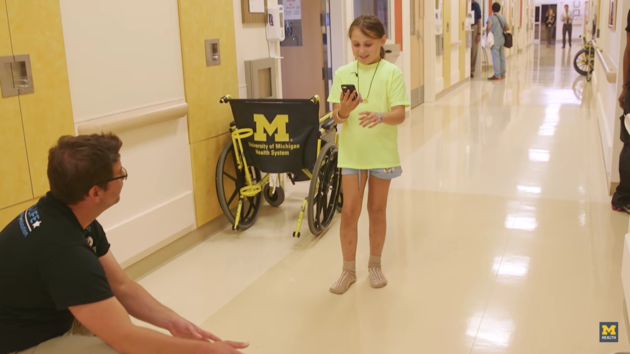 “It’s also a way to make the hospital less scary,” Bouchard said. “Kids are exploring a place that maybe they were afraid of only five minutes before we introduced the app to them. Now they want to see every nook and cranny in the hospital and learn about it.”

Up Next: Can a blood pressure drug cure people of their phobias?