Next time you are hiking, pay more attention on the road as you may have the chance to make an archaic discovery.

Brilio.net - Laurie Rimon was hiking in northern Israel’s Galilee region earlier this month when she discovered a shiny object on the grass path. Curious she picked it up and discovered that it’s to be a 2,000 year-old gold coin with the face of a Roman emperor. This gold coin is so rare in fact that only one other is known to exist and currently being kept at British Museum.

“I saw something shiny, which I assumed was a coin of sorts. It was so bright and clear at first I thought it was maybe a toy or something,” said Rimon. 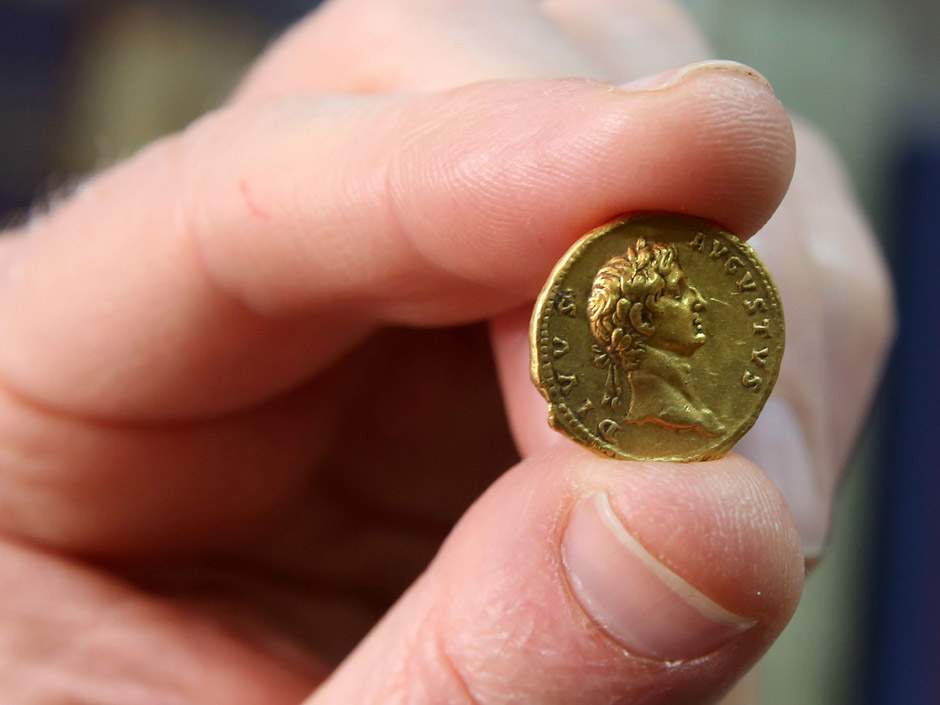 She then handed the coin to Israel Antiquities Authority (IAA). Dr. Danny Syon, a senior numismatist at the IAA said that Rimon’s accidental discover was a “world-class” find.

The gold coin is believed to have been minted in the year A.D. 107 under Roman Emperor Trajan as part of a series dedicated to former emperors, Dr. Syon explained. In AD 107, Emperor Trajan created a series of coins to honor the Roman emperors who came before him, according to Donald Ariel, head curator of the coin department at the Israel Antiquities Authority. This gold coin was created as a tribute to the reign of Augustus. It refers to him as "Divus Augustus," or Augustus the Divine, who was considered a deity after his death.

On one side, the coin depicts Augustus, the Roman emperor who ruled from 27 B.C. until his death in A.D. 14. The other side features symbols of the Roman legions.

The gold coin is hypothesized to be part of a payment to a Roman soldier, Ariel hypothesized.

“Whilst the bronze and silver coins of Emperor Trajan are common in the country, his gold coins are extremely rare,” said Ariel.

The coin would have been too valuable for everyday use; common merchants in the Roman province probably would not have had change for such a high-value coin, he explained further.

This rare coin is expected to fetch up to $5 million at auction.

Up Next: These students turn Durian seeds into biodegradable plastics!