Fashion Transformation Of Garuda Indonesia Through Many Years

Which one do you think is the best?

Garuda Indonesia is the first and biggest airline in Indonesia. It was founded during the era of President Soekarno who wanted to buy some planes to fight Netherland for the country’s independence.

The intention gained positive responses from traders who also gave donation to buy the planes. Finally, Indonesia bought Dakota (DC-3) plane and in 1949, it became a commercial transportation with Yogyakarta-Jakarta as its first route.

The name of Garuda Indonesian Airways (GIA) was initiated by President Soekarno, citing Dutch verse arranged by a famous poet during colonial era Raden Mas Noto Soeroto. The verse says, “I am Garuda, the bird belonged to Vishnu, spreading my wings high above your archipelago.”

Since 1949 until present, Garuda Indonesia becomes Indonesia’s pride. Every year they try toimprove to give the best service. Not only from technology, transformation also occurred on their fashion style. It can be seen from their flight attendants’ uniform.

Here are 18 portraits of Garuda Indonesia’s uniforms since 1949 until present as taken from their official Instagram account:

1. In 1949, Garuda Indonesia’s flight attendants’ uniforms were white and brown. 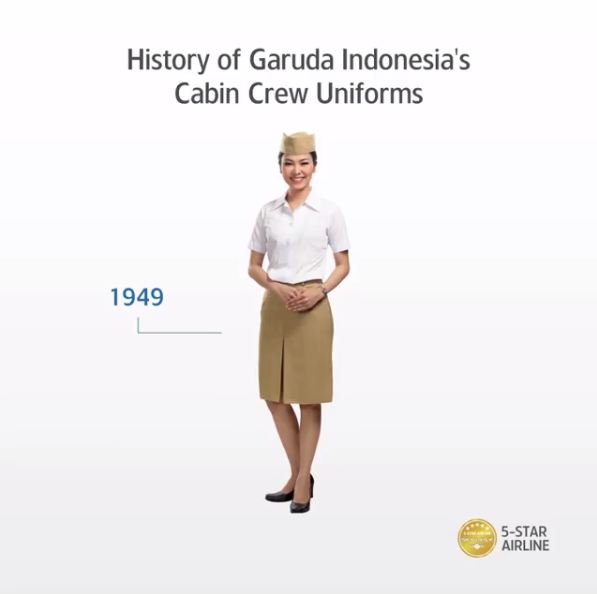 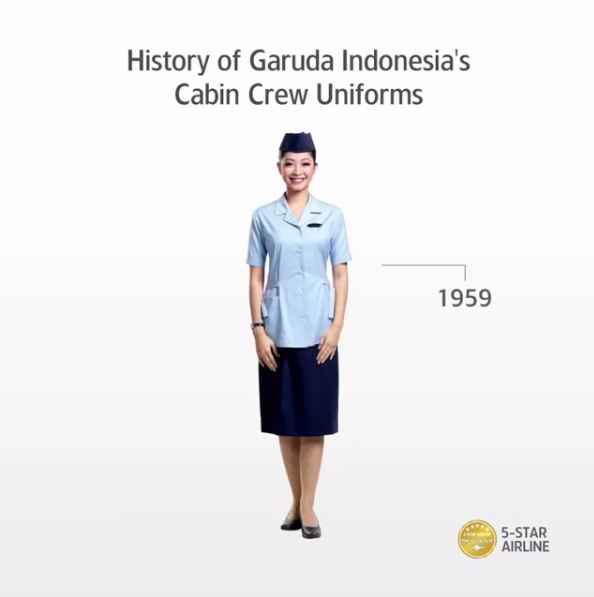 3. In 1970, the color of yellow and orange in their uniform made them looked cheerful. 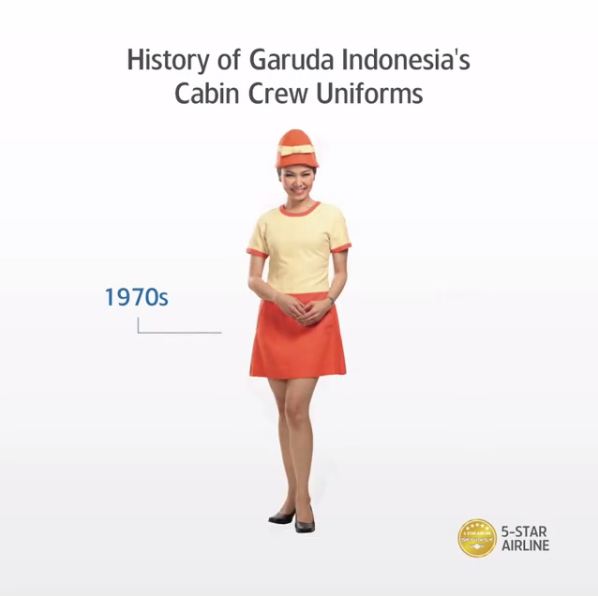 4. In 1980, they looked more elegant with tie ribbon and long sleeves. 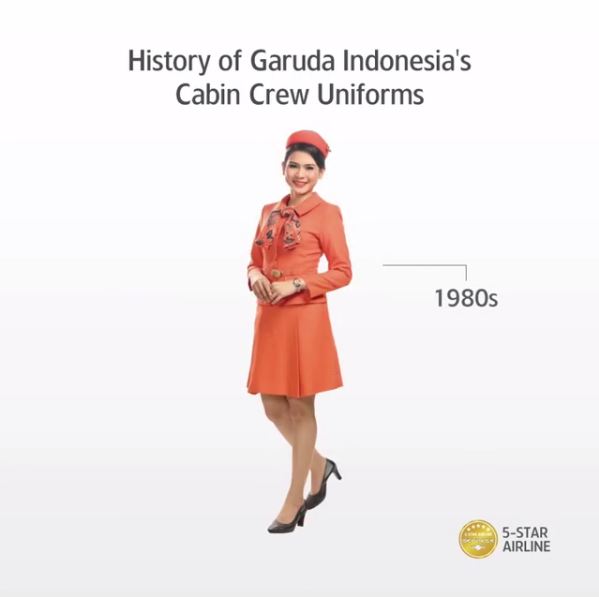 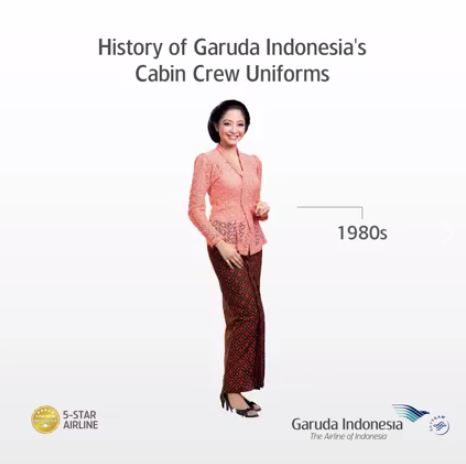 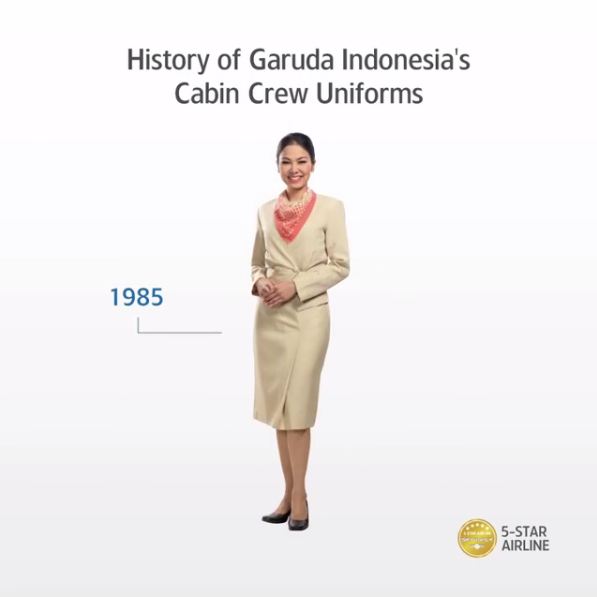 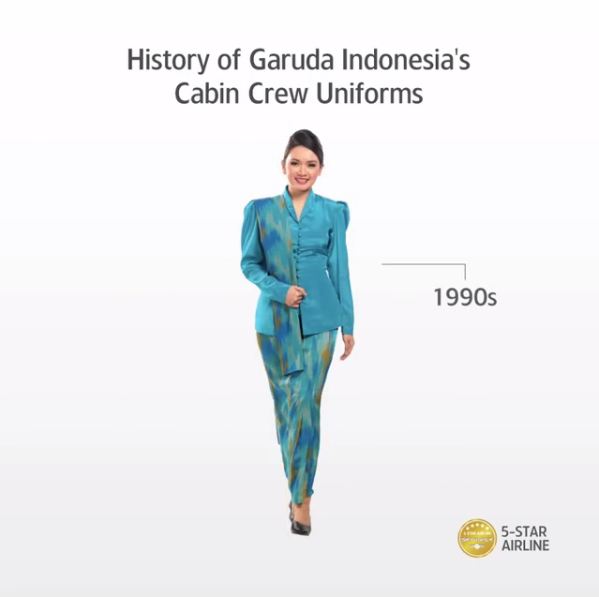 8. Around 1990’s, the uniform looks similar compared to the ones they had in 1985, but it was more fashionable. 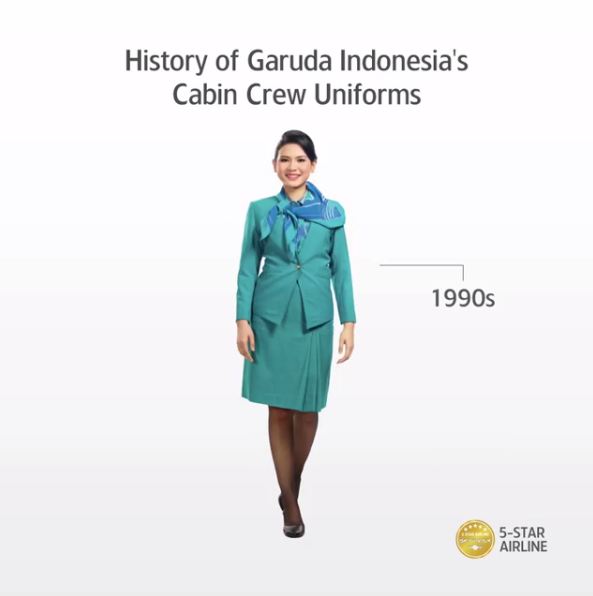 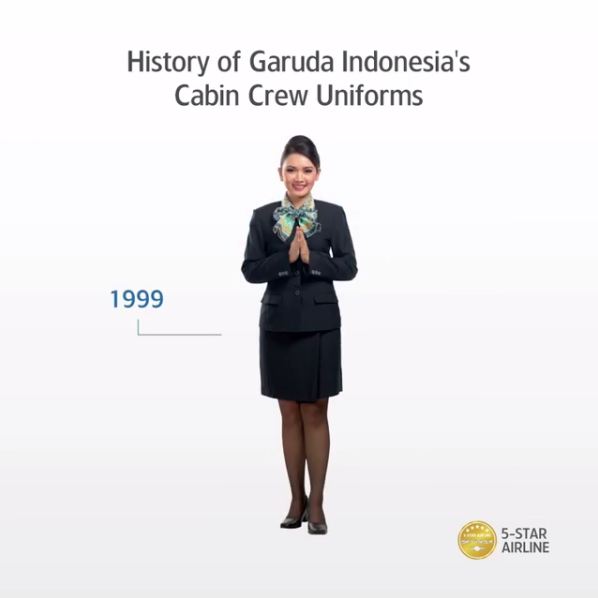 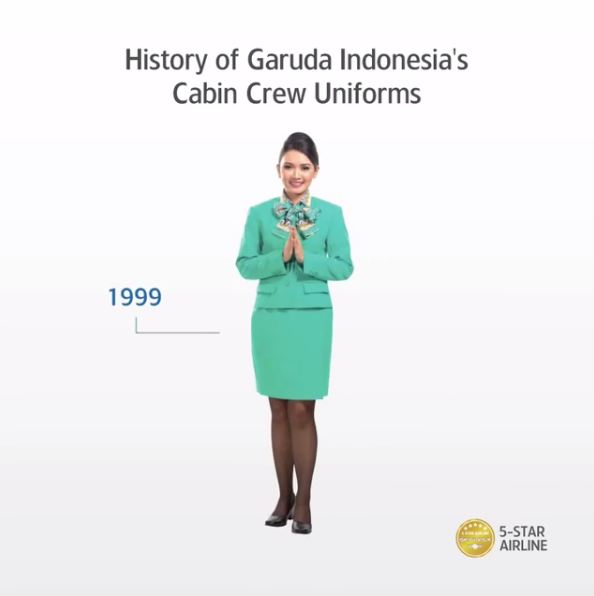 11. In 1999, the upper suit had some patterns while the lower part was plain. 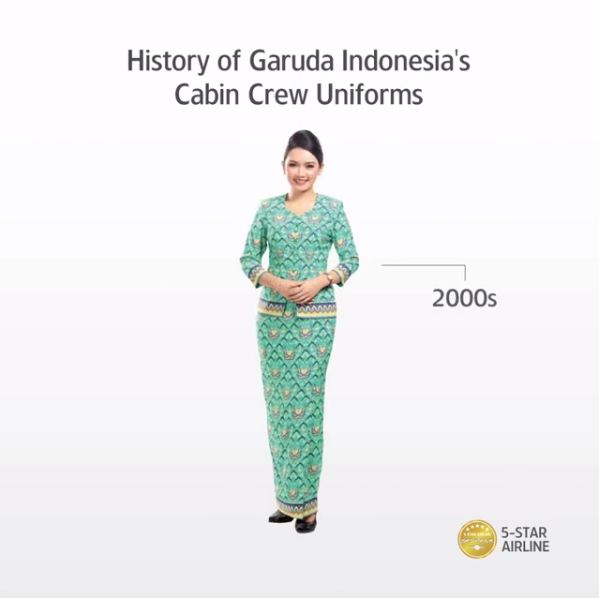 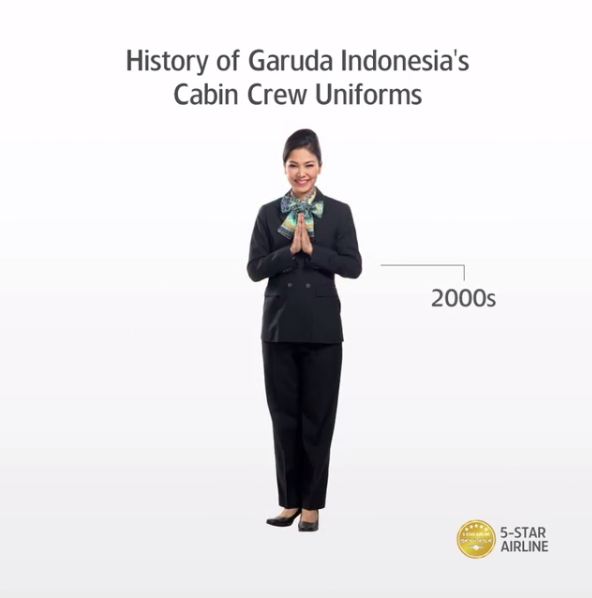 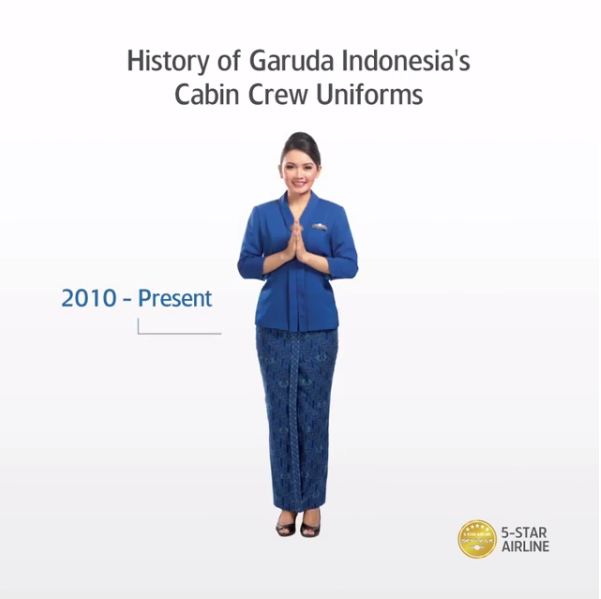 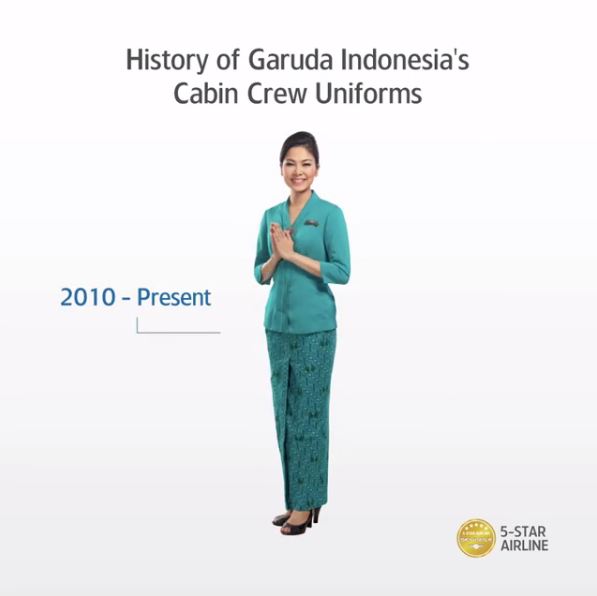 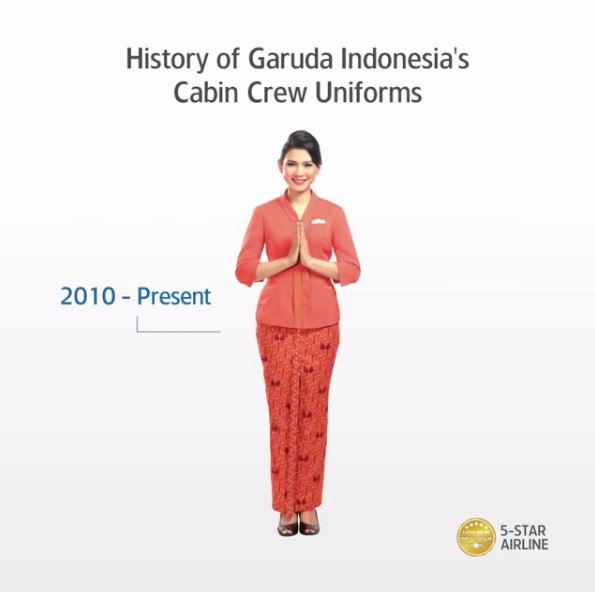 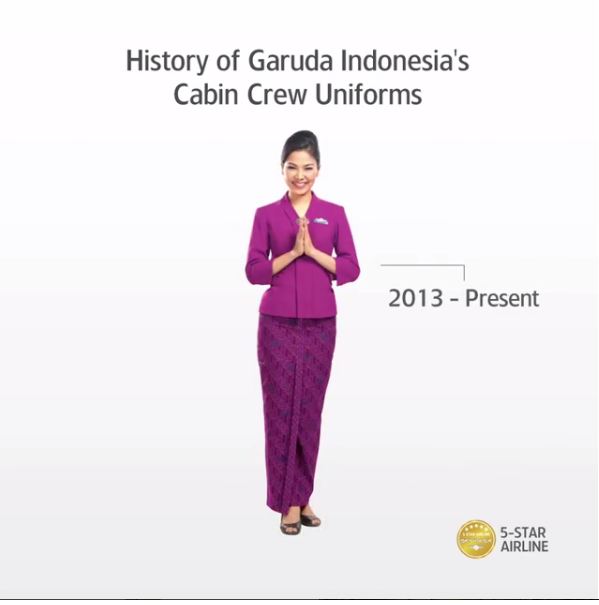 18. There is also special uniform for crew explore & explore jet. 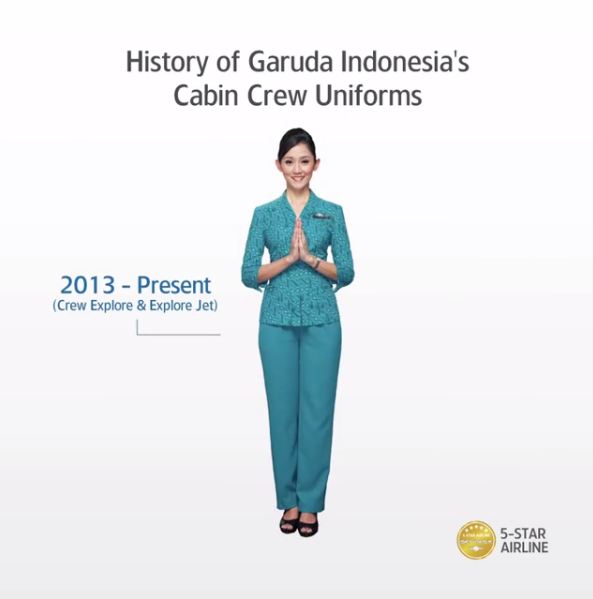 Here is the full video of Garuda Indonesia’s fashion transformation:

Up Next: Life In North Korea And South Korea Revealed In A Video