Dayak Tattoo Is Not Just Some Tattoo

They believe that black tattoo would change into gold and become the light to lead them in the eternity after death through the Tiwah ceremony.

Brilio.net - Tattoo has become so popular nowadays that you can see many people with tattoo on their skin. But from long time ago, tattoo is a sacred thing for Dayak people in Kalimantan (Borneo), Indonesia. Not all of Dayak tribe use tattoo and the tattoos are not the same to each tribe. Some tattoos have same motives but there must be something different or a modification. 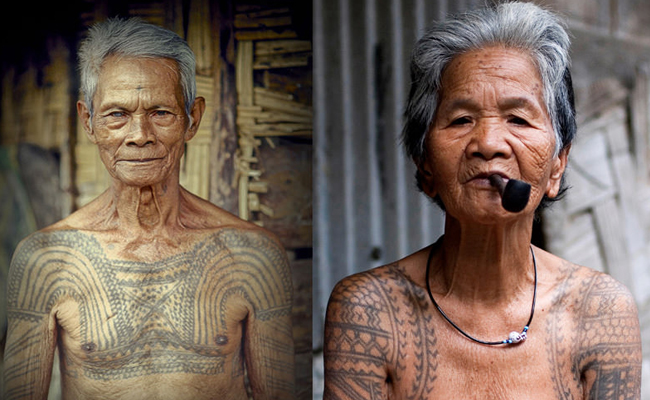 Dayak people call tattoo as “tutang” and it has different meaning, process and purpose. The Dayaks believe that black tattoo would change into gold and become the light to lead them in the eternity after death through the Tiwah ceremony. 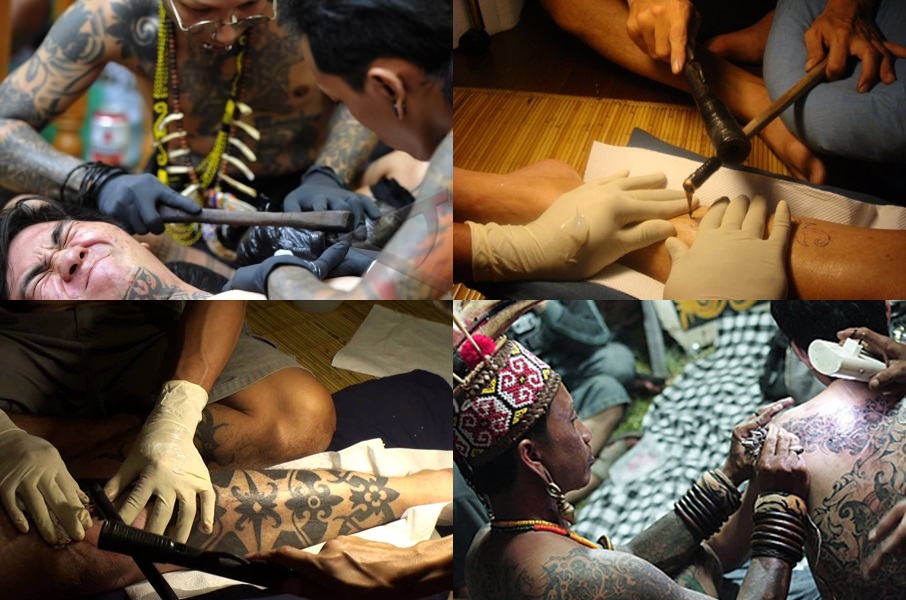 Tattoos for men and women are not the same. On men, tattoos inked on fingers means the owner had done many services to help others. Tattoo of eggplant flower with frog intestines in the middle means that a man has entered the age of maturity. Tattoo with tiger face, which usually put on the thigh, marks a high social status. Tattoo of Ukir Rekong on the neck functions to give strength on the throat or to protect from beheading by enemy’s Mandau.

On women, tattoo Tedak Kassa is placed on feet and marks the owner had reached maturity. Tattoo Tesak Usuu and Tedak Hapii on the arms function to protect her from evil spirits. There are many tattoo motives, and usually taken from nature like hornbills bird that represents the above world, life strap (intestines) of frog that represent the under world, and some other motives like eggplant flowers, tree branch, crocodile (tutang bajai), dragon, fire (apui), fly wings (palapas langau), cross (lampinak) and many others. 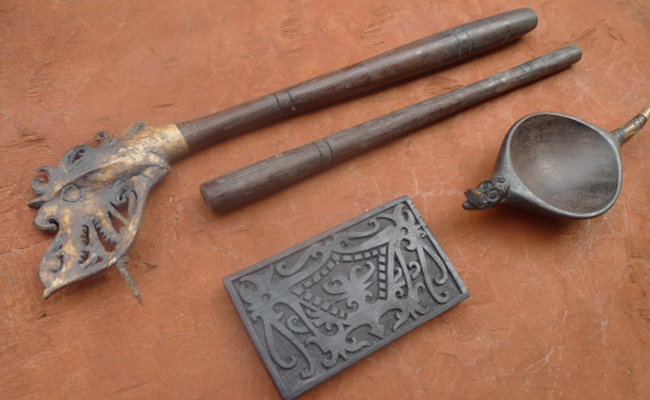 The making of Dayak tattoo in the past was different from how it is done now, but the ink doesn’t change. The ancient tool was made from orange tree horn that is long and sharp. But now people have known needle and it replaced the function of the orange horn. The ink is the thick black soot. Before the tattoo making process, the family is forbidden to get out of the house to keep bad luck away.

To make a tattoo, some ingredients to be prepared are charcoal resin (salé damar, using only damar eye cat and stone), upih pinang, bamboo reed, bamboo cut in half, iron sprawl as big as index finger, and ironwood as big as index finger. The charcoal resin would be burnt, and upih pinang would be bent by using the smoke. The charcoal would be gathered and kept in the barn reed and mixed with small amount of water. Then it is placed on the half bamboo.

Then ink would be minced onto the skin by using needle (or it was orange horn) by hammered or using the round ironwood until it bleeds. The wound that appears after the mincing would be rubbed with salé damar or sometimes mixed with gold or copper. The wound would be healed after a week or a month, depends on the pain and the person’s ability to heal for the wound.

Up Next: Go-Jek users could send drivers Cony & Brown stickers via Line app