China has laid claim to 90% of the China South Sea since the 1940s. (Image source: The Guardian)

Brilio.net - The courts have spoken, and China isn’t too happy about it.

In recent years, the South Sea has been boiling hot with tension. Seven countries have laid claim to the transit-heavy body of water, which opens passage to  about of the world's trade each year. Brunei, Taiwan, the Philippines, Malaysia, Vietnam, Indonesia and China have all laid claims to the sea. But China really marked its territory. As in building island on reefs to mark its territory and interfering with foreign trade ships. The United States have also not-so-quietly picked a side by sending military ships near the disputed islands, calling the trips “freedom of navigation” operations. The China South Sea has been in hot waters for several years, with China stirring the pot over its wide-reaching claims of the sea. (Image via BBC)

But a landmark case is about to shake things up in the heated waters. The Philippines took China to an international court in the Hague in 2013, and the ruling has come up unanimously by a panel of 5 judges, which rejected China’s claims to its historic rights in the sea. The tribunal, which was the first time China was summoned to an international court,  also said that China had violated international law by causing “irreparable harm” to the marine environment, including the coral reef, endangering Philippine ships and interfering with Philippine fishing and oil exploration.

“It’s an overwhelming victory. We won on every significant point,” said the Philippines’ chief counsel in the case, Paul S. Reichler.

But the victory may be short lived. While the decision is legally binding, there are no mechanisms for enforcing it. And the Chinese ministry is fuming as the ruling was heavily in favor of the Philippines, and Beijing is highly unlikely to let the ruling slide smoothly. National media such as The People’s Daily have already featured inciteful statements such as “We do not claim an inch of land that does not belong to us, but we won’t give up any patch that is ours.”

China is in a political bind as a growing superpower in the world. Beijing would violate the United Nations Convention on the Law of the Sea, which it ratified along with Manila and which states that any historic claims to sea are extinguished. The Philippines lay claim to the Spratly islands citing their proximity, and Vietnam has the documents to prove ownership of the islands since the 17th century.

The ruling may be a landmark decision, but at the end of the day, Beijing may still have a ball in its court, and quite a few ships and man-made islands already in the South Sea. Everybody wants a slice, but there won’t be much left for sharing if China continues on. 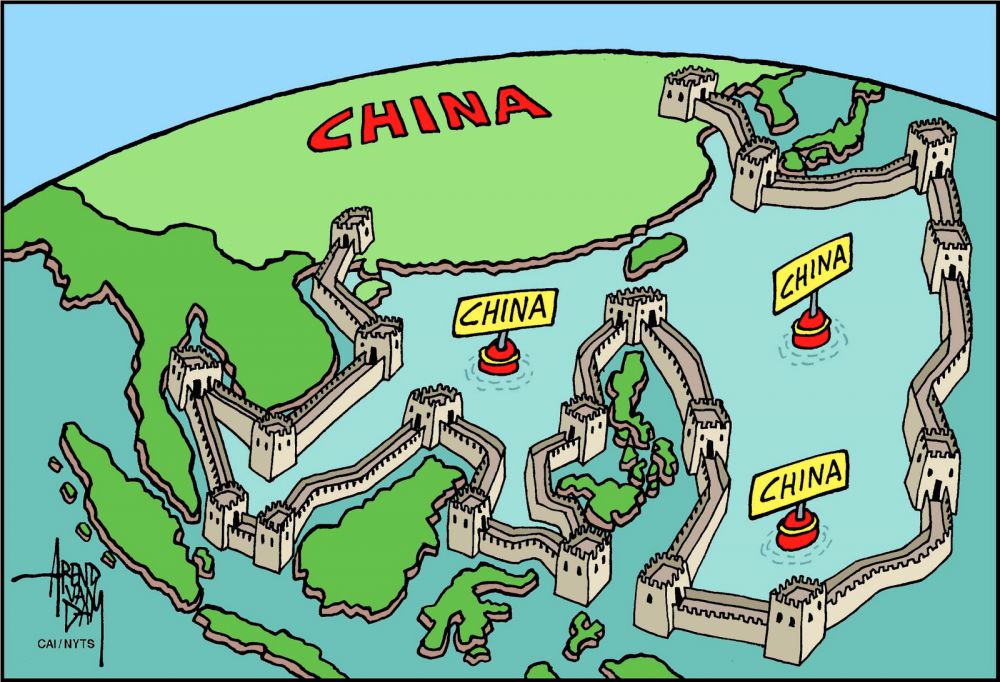 A cartoonized image of how The Philippines perceives the South China Sea dispute. (Image via Japan Times)

Up Next: A watch to help kids develop good habits