7 Unique variants of chocolate recommended for you to taste

Chocolate lovers are getting spoiled for choice with new variants of the dessert.

Brilio.net - Chocolate lovers are set to be spoiled for choice, as makers of the food are set to introduce new variants. Producers have moved away from staple fillings like cashews and rice crispies to more creative alternatives. The following are seven variants of chocolate and the unique ways to you can enjoy chocolate followed by its unique variants. 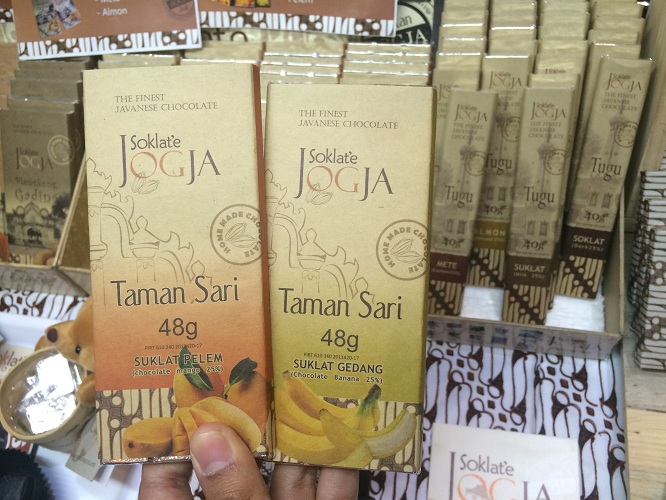 At first glance, noodles and chocolate sound like an improbable mix. But one chocolate producer from Bogor brought these two seemingly incompatible foods together with his touch on the noodles, which are a special strain made to go with the chocolates. The results are exceptionally yummy combination bringing out the best of both foods. The chocolate take on the rujak (Indonesian fruit and vegetables dip) is similar to the fruit dipped chocolate due to its melange of spicy, sweet and fresh flavors. A chocolate manufacturer from Garut, West Java managed to have a cocoa take on rujak with unexpectedly simple ingredients, namely chocolate and rujak made from dodol (sugar and fruit paste). The taste is guaranteed to surprise you, in line with the unexpected chemistry between the ingredients. 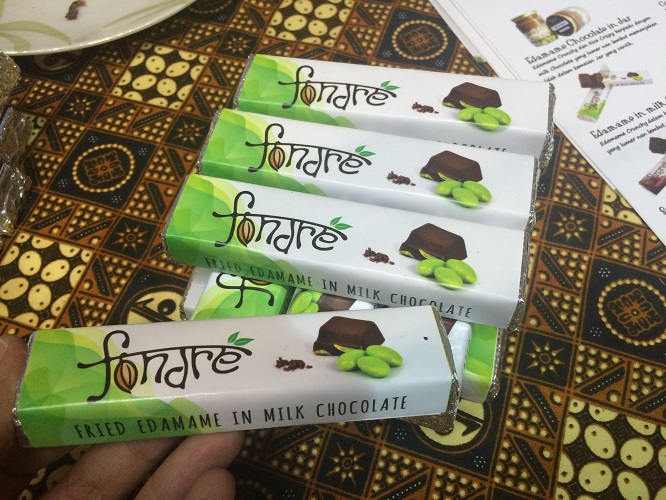 Chocolate covered almonds and cashews are nothing new. But a chocolate maker from Jember, East Java opted to go where none of his peers have gone before by making edamame or soybeans. Samplers say the former has a taste similar to chocolate covered cashews, while the latter combines the best of its crunchy sensation with a smooth chocolate taste. 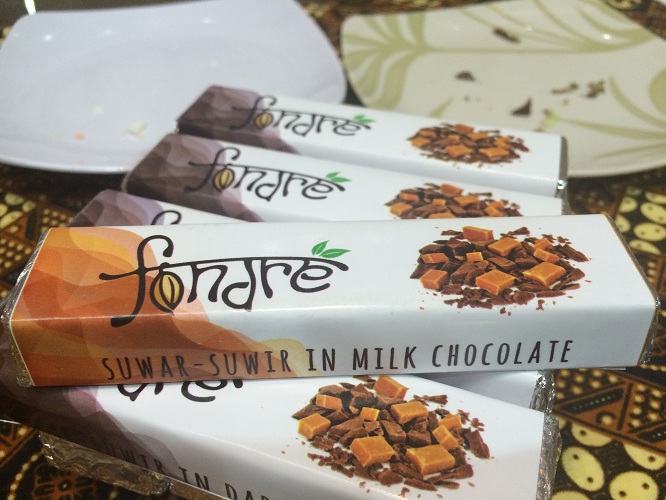 We have seen innovative chocolate mixes with traditional ingredients like dodol. But another chocolate maker mixed and matched the food with another traditional dessert, namely Suwar suwir tapai or fermented glutinous rice candy. The two ingredients complemented one another, and combined to give different tastes and sensations.

Have you ever imagined how chocolate with bran, or rice husk, will taste? Most of you probably can’t even imagine how it will taste. But an innovative foodie from Bandung might just settle your curiosity, as he came up with a biscuit made from processed rice bran and chocolate that is as crunchy as it is healthy. Still from Bandung. A chocolate maker opted to mix the old with the new by combining the taste of Borondong, a traditional snack similar to lollipops, with different variations of chocolate. While the foods’ tastes might contrast, their different appeal might just make for an unforgettable dish.

Up Next: A mask for children with asthma