5,000 Indonesians Ready To Move To Asgardia

It's not Thor's hometown. It's the first space nation concept.

At least 276,634 people have stated their readiness to move to Asgardia and around 5,000 of them are from Indonesia.

According to Asgardia’s official website, the Indonesians who want to move to the space nation consist of 84% male human and 16% female human.

Jakarta becomes the biggest contributor of population; with 1010 people are ready for the nation which is planned to be at around 161 to 321 kilometers from earth’s surface. 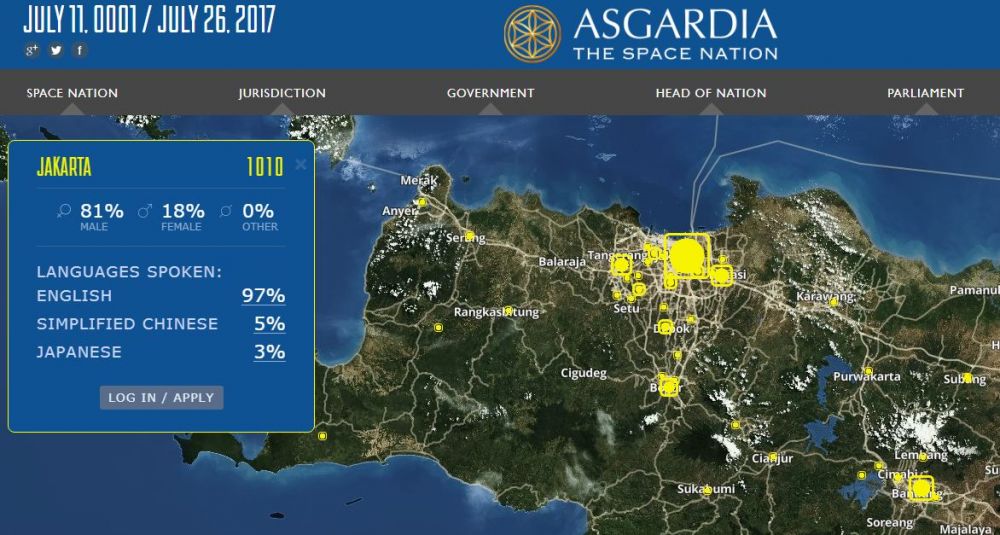 Meanwhile, 391 people from Bandung and 285 people from Surabaya show their readiness to join the space nation.

To become an Asgardian, you just need to be more than 18 years old. There is no special description about gender, race, religion, or nationality to join the nation.

Well, until now, Asgardia is still a prototype and not a real nation. But who knows what will happen in the next ten years, right?

Up Next: Jokowi Wants Hajj Funds To Be Invested For Infrastructure Development