BNN Is On Fire To Fight Illegal Drug Use And Distribution

The anti-narcotics agency claimed to have uncovered 423 cases from January to June.

Cabinet Secretariat reminds people to be cautious narcotics, including the 65 new types, to commemorate the 2017 International Anti-Narcotics Day.

The day fell on June 26, but the government decided to celebrate it today in Jakarta.

“In 2017, @INFOBNN has uncovered 423 narcotics case. Stay alert since there are 65 new type of narcotics in Indonesia #HANI2017,” the secretariat tweeted on official Twitter account @setkabgoid along with an attached report about narcotics in the country in 2017. National Anti-Narcotics Agency (BNN) has done a lot of things to uncover and eradicate the use and distribution of illegal drugs, including by upgrading their weapons and adding dogs as their K-9 soldiers to sniff out the drugs.

From January to June 2017, BNN has uncovered 435 narcotics cases and arrested 597 suspects in which five of them are foreigners. 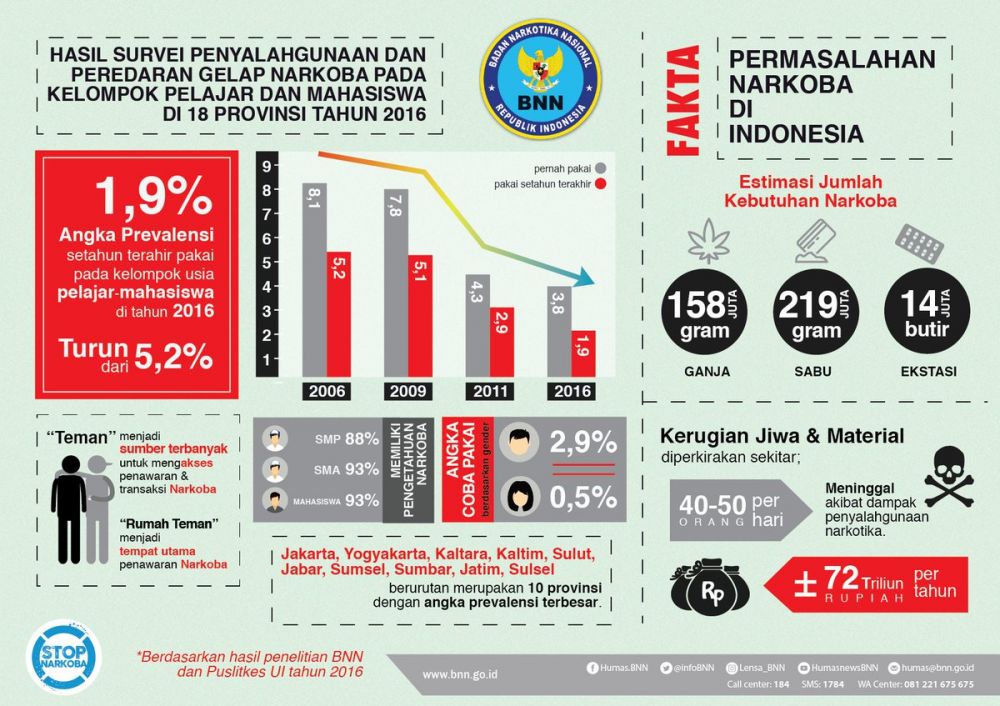 There are 800 new drugs in the world and 65 of them have been found in Indonesia.

Approximately 40 to 50 people die every day because of illegal drugs and the state loss is around Rp 72 trillion per year.

Up Next: 'Kartini' To Compete At Central Asia's Biggest Film Festival