Participants of The Great Camping (TGC) event held by Student Adventure Club of Indonesia Islamic University (UII), a similar camp to the one allegedly claimed three lives in January 2017. (Instagram/farhan.bradl)

Three students of the Indonesia Islamic University (UII) died after participating in a camping trip conducted by the university's adventure club (Mapala) on Jan. 13 to 20 in Mount Lawu, Karanganyar district, Central Java.

The first student is Muhammad Fadhli, an Electrical Engineering student, who died on Friday on the way to Karanganyar Hospital. The second one is Syaits Asyam, an Industrial Engineering student, who passed away on Saturday after being treated at Bethesda Hospital, Jogjakarta. The last one is llham Nurfadmi Listia Adi who also passed away in Bethesda Hospital on Monday.

"My sister Ilham died," Ermy, a relative of Ilham's, told Brilio through a text message today.

UII Rector Harsoyo has confirmed the death of his students. He claimed the university is committed to uncover all facts related to the deaths and will take stern action against those involved.

"If there's a proof of any misconduct during the camping, we will suspend all students activities until there is a commitment to improve the mechanism of such activities. We will makes sure that implementation is in accordance with procedures and its original purpose, which is to form patriotism, self reliance and love for nature without violence," he said through a statement.

Traces of violence found on bodies

An internal investigation team has been formed by UII since Jan. 21 and its preliminary findings show that there are signs of violence done during the camping.

A press release published by Bethesda Hospital today confirmed the findings. There are multiple wounds found on Ilham's body. Ilham was also reported to suffer from dysentery due to an abdominal trauma before passing away at 11.20 p.m.. 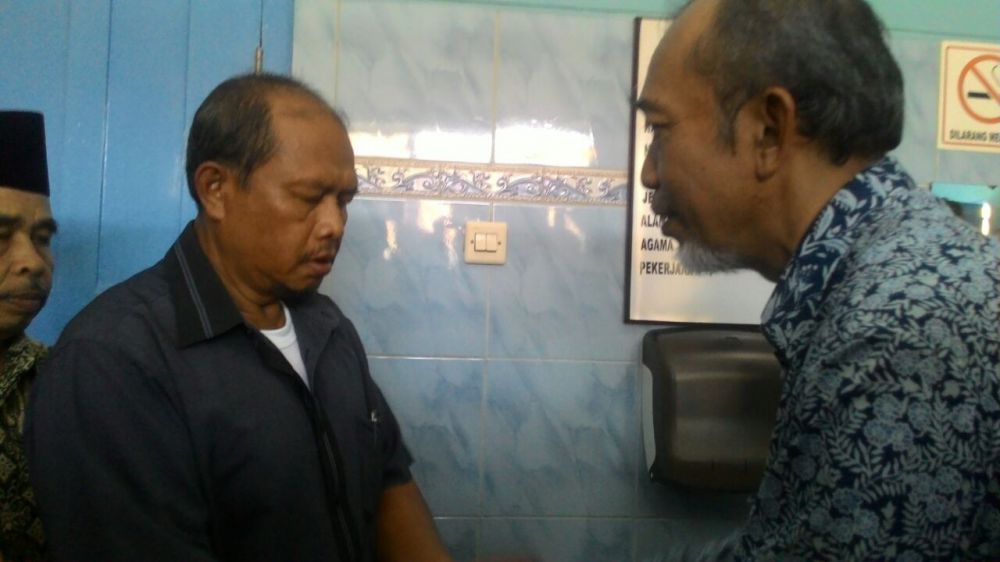 Syafii, Ilham's father, told reporters that he received a call from his son saying that he was beaten in the camping.

"I don't know for sure, but there must be physical evidences (to prove the beating)," he said.

Syafii also claimed he witnessed the bruises on Ilham's hands and body.

"His hands and shoulders were bruised," he said.

Ilham passed out in his dorm after returning from the camping. He was rushed to hospital but passed away not long after.

To prevent more casualties and unseen injuries, UII carried out medical examinations for the other 34 camping participants.

UII has given the police full authority to investigate the case. Karanganyar Police has not responded to our request for comment.

Up Next: Zuckerberg Charity Buys AI Startup To Battle Disease